Hermann and Albert survived an ­aristocratic mess of a childhood, with three siblings. Their father, Heinrich, enjoyed a distinguished diplomatic career as consul to German South-West Africa (Namibia today) and subsequently Haiti. Hermann was a rebellious boy. This had him sent off to military school, where his warrior spirit could flourish. He later distinguished himself as an ace fighter pilot in the first world war. Albert was said to be a sad boy, preferring a book and the security of the indoors. In school, he sat at the back of the class. There seemed to be little other than a name to link the two boys. “He was always the antithesis of myself,” Hermann told the American psychiatrist Leon Goldensohn, who interviewed him at the Nuremberg war crime trials in 1946. “He was not politically or militarily interested; I was. He was quiet and reclusive; I like crowds and company. He was melancholic and pessimistic, and I am an optimist. But he’s not a bad fellow, Albert.”

As the brothers began to forge their separate paths in life, their adolescent idiosyncrasies morphed into an ideological chasm. After serving as a communication engineer in the first world war, Albert enrolled in 1919 at the Technical University of Munich to study mechanical engineering. Here he rubbed shoulders with the future leaders of the Third Reich, including Heinrich Himmler, then an agronomy student active in the fraternities, a breeding ground for the budding ­student nationalist movement. Albert appeared to remain politically passive, yet he studied his future foe intently. Albert Göring post-war passport

Meanwhile, Hermann, the disenfranchised war hero, began to circulate in the Munich beer hall scene, all ears to its rhetoric against the Weimar government and the postwar reparations imposed on Germany by the Treaty of Versailles. In 1922, he was particularly impressed by an orator named Adolf Hitler. An infamous love affair blossomed and, as in classic love stories, a test of devotion was required. It came with the 1923 Beer Hall Putsch − Hitler’s first attempt to prise power from the government. Bullet wounds to the groin and hip proved Hermann true, but the coup was quickly quashed and Hermann went on the run.

Four dark years of exile ­followed. Hermann became addicted to ­morphine, lost his grip on sanity, and was institutionalized in Sweden. This period also marked the beginning of 12 years of silence between the brothers. Albert shunned Hermann and his political ­ideals. He felt betrayed as a brother and representative of the Göring family. “Oh, I have a brother in Germany who is getting involved with that bastard Hitler,” Albert would tell his close friend Albert Benbassat. “And he is going to come to a bad end if he continues that way.” Hermann later rationalized: “We never spoke to each other because of ­Albert’s attitude toward the party. ­Neither of us was angry at the other. It was a separation due to the situation.” Albert Göring post-war passport

The 1938 Anschluss − when the ­Germans annexed Austria − and looming war would bring an end to the brothers’ feud. The two met at Albert’s lodge in the peaceful town of Grinzing, northwest of Vienna. Albert was an exhausted mess. Ever since the first swastika appeared in Vienna, he had tirelessly arranged exit visas and funds for his Jewish friends. He came head to head with Nazi thugs in ­Vienna, ­defending elderly Jewish ladies who were mocked and forced to scrub the cobblestone streets on their knees.

In contrast, Hermann brimmed with excitement. He had just arrived in Austria to much fanfare and delivered a chilling speech inciting wholesale ­antisemitism. Buoyed by his political conquest, he granted each of his family a wish. But his mood soured when Albert and his sister Olga pleaded for Hermann to intervene on behalf of Archduke Josef Ferdinand of Austria, the last Habsburg Prince of Tuscany, then detained at Dachau concentration camp. “Hermann was very embarrassed. But the next day the imprisoned Habsburger was free,” Albert recollected to his old friend Ernst Neubach. Albert Göring post-war passport

The brothers could somehow detach themselves from their public roles when they came together in this private Göring family sanctuary. It was as though their fraternal bond conjured amnesia in Albert, and he could temporarily put aside the ire and grief caused by his brother’s regime.

Albert used this arrangement to his benefit and that of others. “He could certainly help people in need himself financially and with his personal influence,” says Edda Göring, Hermann’s only child. “But, as soon as it was necessary to involve higher ­authority or ­officials, then he had to have the ­support of my father, which he did get.” Albert Göring post-war passport

Albert regularly went to his brother’s Berlin office to curry favor on behalf of a Jewish friend or political prisoner, man­ipulating Hermann’s ego and playing on his sense of familial duty. In this sense, Hermann was a safety net for Albert. As Albert became ever more ­audacious in his subversiveness, a mountain of Gestapo reports piled up against him. Four arrest warrants were issued in his name during the war, yet he was never convicted. Big brother always came to his aid, however, ­politically damaging it might have been.

In 1944, a death warrant hung over ­Albert, demanding his execution on sight. He was on the run, hiding in Prague. Hermann dropped everything to save him. “My brother told me then that it was the last time that he could help me, that his position [had] also been shaken, and that he had to ask Himmler personally to smooth over the entire matter,” Albert testified in Nuremberg.

The brothers met in a transit jail in Augsburg for the last time in May 1945. Hermann was the Allies’ prize catch, while Albert was detained for simply being his brother. In the courtyard of the jail, they embraced and Hermann said: “I am very sorry, ­Albert, that it is you who has to suffer so much for me. You will be free soon. Then take my wife and child under your care. Farewell!” Two years later, Hermann was convicted of war crimes and crimes against humanity. He cheated the hangman’s noose with a smuggled cyanide capsule. Albert Göring post-war passport

Albert spent two years in prison, ­unable to convince his interrogators of his innocence. The surname that once enabled Albert to save hundreds of victims of Nazism became the ultimate burden. Even when Albert was freed in 1947, he could not shake his brother’s shadow. No employer would take him on. He refused to take the easy route and ­relinquish the Göring name. He fell into depression, alcoholism, and then infidelity. His Czech wife, Mila, requested a divorce and took his only child, Elizabeth, to live in Peru. He never saw or spoke to his daughter again, nor answered any of her letters.

On 20 December 20, 1966, Albert died as a penniless pariah, his chest bare of medals and formal accolades. Albert’s list of the 34 most prominent people he saved during the second world war is in the records of the National Archive in Washington D.C. 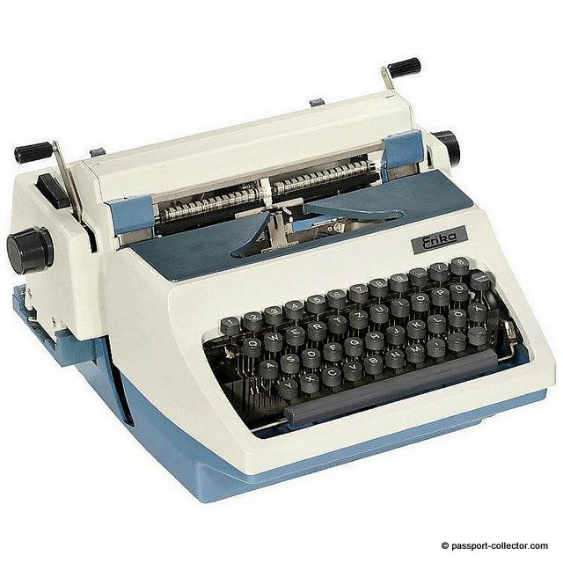