This large US passport was issued at the US legation in London in April 1886 to a 28-year-old Philippe Victor Lacoste traveling to Russia. The several visas and revenue stamps from Russia are wonderful and so is the whole passport with the wording LEGATION LONDON, UNITED STATES OF AMERICA. Unfortunately, I could not find any data about Lacoste. But he was born in 1848, a US citizen. His physical description shows he was 5 feet 6 inches tall (171 cm), brown eyes, black hairs and had a mustache. The passport has the original signature of ambassador Edward J. Phelps. 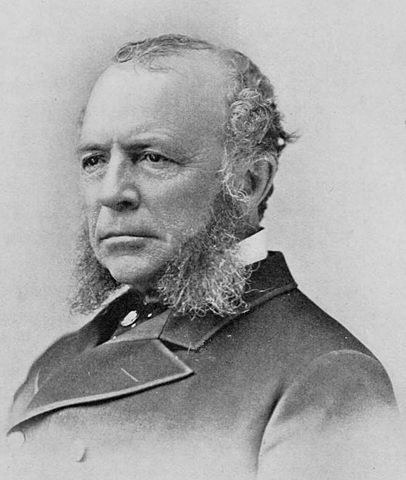 PHELPS, EDWARD JOHN (1822-1900), American lawyer and diplomat, was born on the 9th of July 1822 at Middlebury, Vermont. He graduated from Middlebury College in 1840, was a schoolmaster for a year in Virginia, and was admitted to the bar in 1843. He began practice at Middlebury, but in 1845 removed to Burlington, Vermont.

From 1851 to 1853 he was the second comptroller of the United States Treasury, and then practiced law in New York City until 1857 when he returned to Burlington. Becoming a Democrat after the Whig party had ceased to exist, he was debarred from a political career in his own state, where his party was in the minority, but he served in the state constitutional convention in 1870, and in 1880 was the Democratic candidate for governor of his state. US Passport Legation London

He was one of the founders of the American Bar Association and was its president in 1880-1881. From 1881 until his death he was Kent Professor of Law at Yale University. Was minister to Great Britain from 1885 to 1889, and in 1893 served as senior counsel for the United States before the international tribunal at Paris to adjust the Bering Sea controversy. His closing argument, requiring eleven days for its delivery, was an exhaustive review of the case.

Phelps lectured on medical jurisprudence at the University of Vermont in 1881-1883, and on constitutional law at Boston University in 1882-1883, and delivered numerous addresses, among them that on “The United States Supreme Court and the Sovereignty of the People” at the centennial celebration of the Federal Judiciary in 1890 and an oration at the dedication of the Bennington Battle Monument, unveiled in 1891 at the centennial of Vermont’s admission to the Union.

In politics Phelps was always Conservative, opposing the anti-slavery movement before 1860, the free-silver movement in 1896 when he supported the Republican presidential ticket, and after 1898 became an ardent ” anti-expansionist.” He died at New Haven, Connecticut, on the 9th of March 1900.

Though a man of proved capacity and scholarship, and of a wide and distinguished reputation as a lawyer, when President Cleveland, in 1885, appointed him minister to Great Britain he was not widely known outside of his profession so that the appointment occasioned surprise. Its wisdom was amply justified. He proved an exceedingly competent, acceptable, and successful representative of the United States, and as a minister was very popular abroad, and sincerely respected by the more discriminating of his own countrymen. He, and his wife as well, during their stay in London, contributed in a very important degree to the work in which Mr. Lowell had preceded him, and which Mr. Lincoln and Mr. Bayard continued, of bringing the British and the American peoples into more cordial and sympathetic relations. It is on the marked success of his career in London that Mr. Phelps ‘s reputation as a public man chiefly rests. That success was attained by very solid qualities, of learning and character, joined to attractive personal traits, sound judgment as to men and the merits of disputed questions, and social gifts of unusual charm. US Passport Legation London 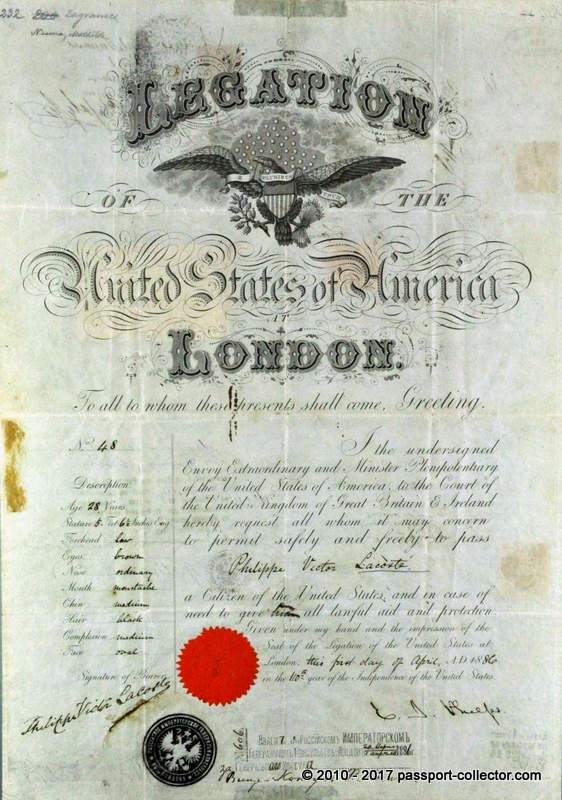 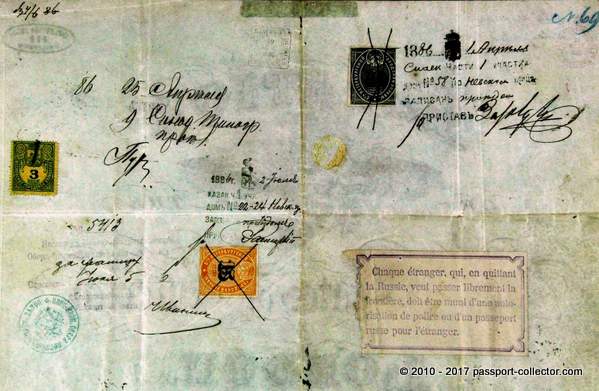