The following passport of Bremen is gripping by several aspects. First of all, the Free City of Bremen is a rare type when it comes to passport booklets. The second remark is about citizenship. The passport is from Bremen, but citizenship is mentioned as Prussian, which we don’t see much. Then there is the request of the bearer to travel to the occupied territory, here to Cologne. The chamber of commerce in Bremen confirmed the urgency to travel. And lastly, we find a travel permit from the British Rhine Army to enter the occupied zone. Page six and seven explains in detail the purpose of the journey. Bremen passport occupied territory. 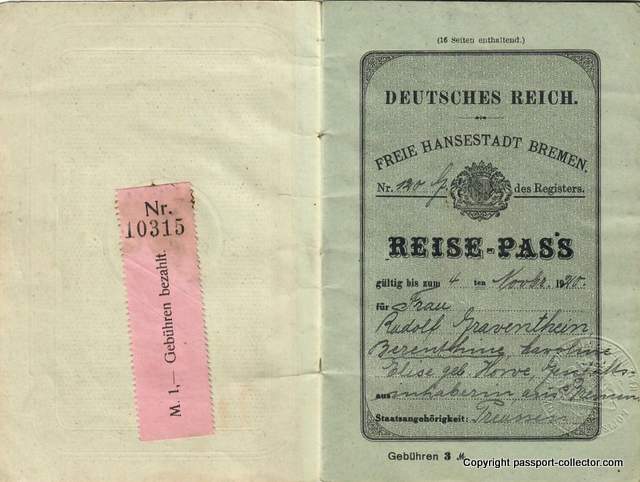 The lady, as a business owner, needed to visit her suppliers and customers in Cologne. The military permit was valid until 12 Feb 1920. Her passport was issued on 4 Nov 1919, valid for one year. Unusual is also that she used a rather large passport photo, but at these times, everything was allowed as long the photo was fitting on a passport page. The inner cover page has a label that states she paid the (passport?) fee of 1 Mark. Bremen passport occupied territory. 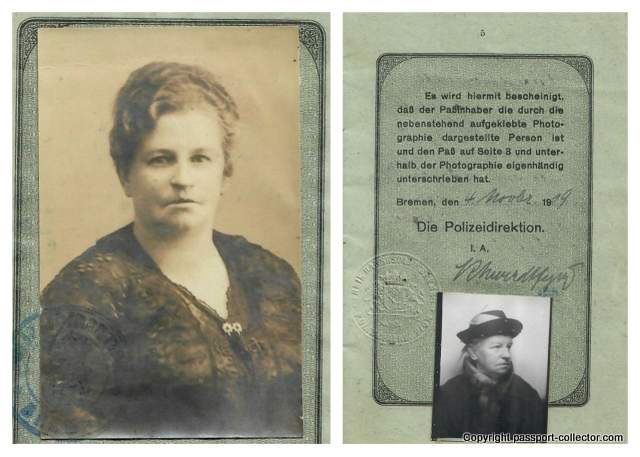 Besides Bremen, only two more Free Cities issued passports. Hamburg and Lübeck. While the Hamburg type is easier to find, Bremen is not, and Lübeck is tough to find. I have only one example from 1895 in my collection. From Bremen, I have even a rare Passverein version from 1866 before the German Empire was founded. 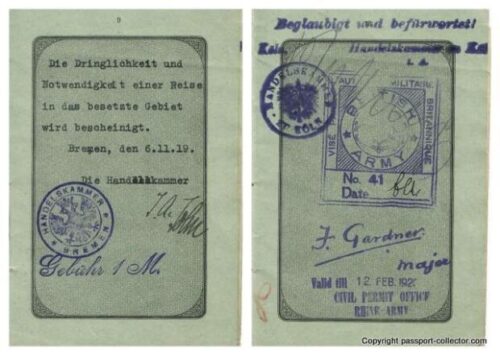 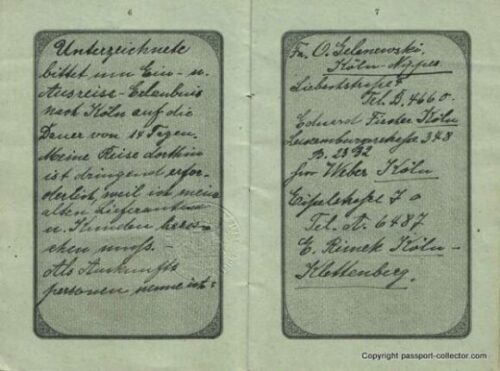 Even under the Weimar Imperial Constitution, Bremen remains a state and retains a seat and vote in the Imperial Council. Like the Empire, the Weimar Constitution left the German states with their own responsibilities. Land boundaries create different responsibilities. This was particularly noticeable on the Lower Weser, where a geographically and economically coherent area with the cities of Bremerhaven and Geestemünde was split into Bremen and Prussian territory. In order to ward off the disadvantages of the different state sovereignties here for the national economy as a whole, Bremen and Prussia come together and conclude a state treaty on June 21, 1930, on joint cooperation between Bremen and Prussia, which includes various agreements in the fields of deep-sea fishing, traffic regulation, state planning, police, and municipal policy. Development begins to lead Bremerhaven to the top of the deep-sea fishing ports of mainland Europe. Bremen passport occupied territory 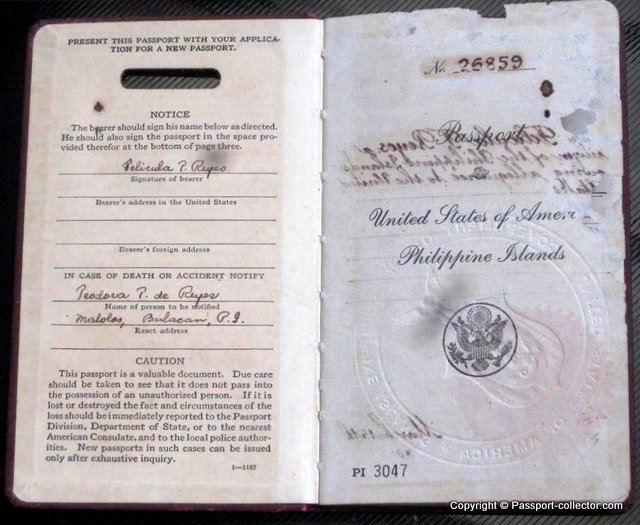