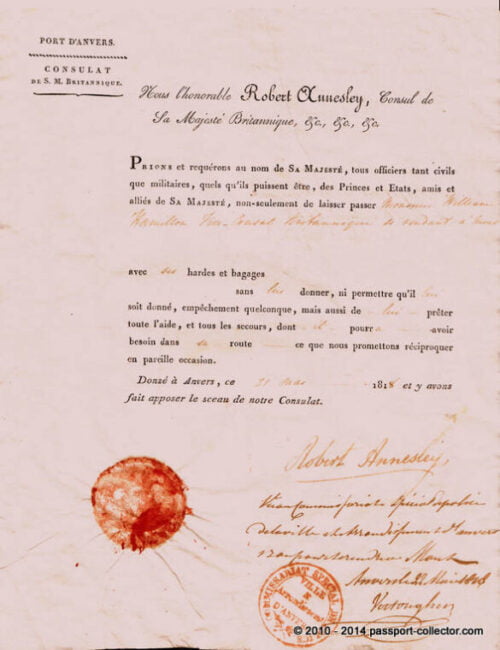 Hamilton served almost half a century as her Majesty’s consul.

Signed by ‘Robert Annesley’ and with an autograph note signed by ‘Vertonghen’, next to the red stamp of the Commissariat Special de Police.’ Requesting that ‘Monsieur William Hamilton Vice-Consul Britannique se rendant a nous’ be allowed to travel unhindered with his baggage. Docketed in two hands in French on the reverse.

A member of a distinguished Scottish family, Sir William Hamilton was the longest-serving British consul of the nineteenth century or even in history (1826-1873). As the Pall Mall Gazette stated in an obituary (15 February 1877), he was ‘for upwards of half a century was her Majesty’s Consul at Boulogne-sur-Mer […] Sir William entered the navy in 1803 and was a prisoner of war in France from 1805 to 1814. Sir William Hamilton passport

Documents of Hamilton are in The National Archives, e.g., his will. Sir William Hamilton passport 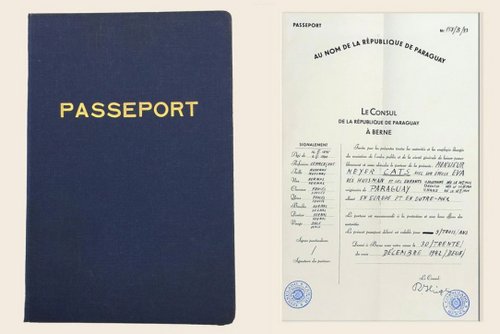 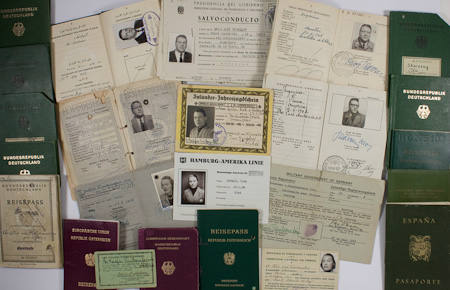