With German Jewish judge and prosecutor Fritz Bauer, Hessian Prime Minister Georg August Zinn brought one of the most distinguished prosecutors of the newly founded Federal Republic of Germany to Frankfurt in 1956. Bauer, born in Stuttgart, Germany, in 1903, studied law and economics. After obtaining his doctorate in 1927, he began his career as a judge; by 1930, he had advanced to judge at the Local Court in his hometown, the youngest during the Weimar Republic. Fritz Bauer was also politically active, i.e., as a member of the Social Democratic Party of Germany (SPD), the Black, Red, and Gold Banner of the Reich (Reichsbanner Schwarz-Rot-Gold), an organization founded in 1924 to protect parliamentary democracy, and the Republican Association of Judges (Republikanischen Richterbund).

After the Nazi seizure of power, the new rulers dismissed Fritz Bauer as a judge and imprisoned him at Heuberg Concentration Camp for a few months. In 1936, Bauer immigrated to Denmark, from where he was barely able to escape deportation by fleeing to Sweden in 1943. Fritz Bauer Nazi Prosecution

National Socialism had not been overcome yet when the criminal prosecution of Nazi criminals became a vital issue in Fritz Bauer’s life. During his exile in Sweden, Bauer addressed how the criminal acts of National Socialism could be punished according to the rule of law. He published his visionary ideas in his book “Die Kriegsverbrecher vor Gericht” in 1944. To help build up a democratic legal system in the young Federal Republic of Germany, Fritz Bauer returned to Germany in 1949. In Braunschweig, he was first appointed a presiding judge at the Regional Court and then chief public prosecutor at the Braunschweig Higher Regional Court. As a prosecutor in the trial of Otto Ernst Remer – Remer was crucially involved in the suppression of the uprising of July 20, 1944, and later persistently defamed the resistance fighters publicly as “traitors” after 1945 – Fritz Bauer sent a clear signal of his legal principles in 1952. These principles also included the direction successfully represented by Bauer that the Nazi state was not a state governed by the rule of law (Rechtsstaat) but a criminal and illegitimate state (Unrechtsstaat).

With his move from Braunschweig to Frankfurt, Fritz Bauer acquired access to the requisite human resources to set into criminal motion investigations regarding National Socialist crimes of violence on a broad scale. At the same time, he pushed the search for Nazi major criminals who had fled or disappeared, such as Adolf Eichmann, an SS Obersturmbannführer (lieutenant colonel) who was responsible for the deportations of millions of Jews to the extermination camps, Josef Mengele, the notorious concentration camp physician at Auschwitz, and Martin Bormann, “Hitler’s secretary.” Bauer energetically pulled the Auschwitz Trial to Frankfurt in 1959 and thus launched the proceedings that have impacted the present, both legally and socially. In his time as the Hessian Chief Public Prosecutor, Fritz Bauer made West German society aware of the terrible crimes of National Socialism within the framework of the genocide of European Jews. Fritz Bauer also sought to pursue investigations and criminal proceedings against high-ranking perpetrators of the Nazi euthanasia program and Nazi lawyers, but with only moderate success. Fritz Bauer Nazi Prosecution

These proceedings petered out no later than Fritz Bauer’s unexpected death on the night of June 30 to July 1, 1968. He frequently faced rejection and hostility in an environment where he had only limited success as a prosecutor of Nazi criminals. In the long term, however, Bauer’s legacy lies primarily in the fact that he launched the process of the reappraisal of this particular genocide and the recognition of the victims’ sufferings within German society hence, why he is revered today.

The importance of Hesse’s Chief Public Prosecutor Fritz Bauer in bringing about the Auschwitz trials of the 1960s is undisputed. But it was only after his death that his decisive contribution to the capture of Eichmann became known. I highly recommend “The People vs. Fritz Bauer” Fritz Bauer Nazi Prosecution

Visit the website of the Fritz Bauer Institute for more details. 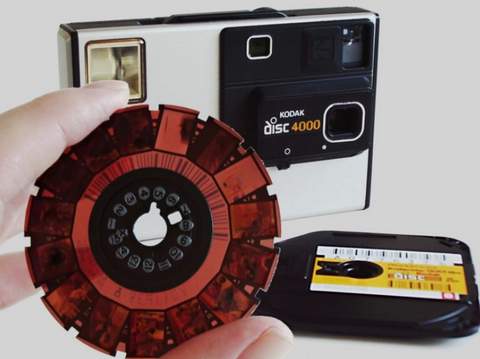