George V. Hansen, a flamboyant Idaho congressman who launched a quixotic one-man mission to bring back U.S. hostages from Iran and who later went to prison for violating federal ethics laws, died Aug. 14 at a hospital in Pocatello, Idaho. He was 83. His death was reported by the Idaho Statesman newspaper. The cause was not disclosed. Congressman Hansen Iran Hostage

Mr. Hansen, who stood 6-foot-6 and weighed 300 pounds, towered above the crowd and never had trouble making headlines, whether favorable to his cause or not. He was an affable, larger-than-life figure who was first elected to the House of Representatives as a Republican in 1964.

During his seven nonconsecutive terms in Congress, he became one of Capitol Hill’s most outspoken and implacable foes of what he considered out-of-control federal meddling in people’s lives. To his supporters, he was a hero of the rising anti-government movement, a St. George slaying the dragons of big government, as his own campaign literature put it. To his detractors, including members of his own party, he was often seen as a reckless buffoon.

After serving two terms in the House in the 1960s, Mr. Hansen lost bids for the Senate in 1968 and 1972. He won reelection to the House in 1974 from a heavily Republican district, defeating incumbent Orval Hansen in the primary and Democrat Max Hanson in the general election. Congressman Hansen Iran Hostage

Three months after taking office, Mr. Hansen pleaded guilty to two counts of violating Watergate-inspired campaign reform laws by not properly reporting campaign contributions and expenses. A judge reduced his sentence from jail time to a fine when Mr. Hansen’s lawyer pleaded that his client was “stupid but not evil.”

Throughout his years in Congress, Mr. Hansen railed against the Internal Revenue Service, which he said was planning armed raids on the residents of Idaho and had a particular vendetta against Mormons, including Mr. Hansen. He published a book in 1980, “To Harass Our People: The IRS and Government Abuse of Power.”

He charged that the Immigration and Naturalization Service brought illegal workers across the border for the purpose of arresting the U.S. farmers who hired them. He helped constituents fight legal battles against the Occupational Safety and Health Administration.

Mr. Hansen also became something of a rogue one-man diplomatic team, making trips to Taiwan and Nicaragua and, most infamously, to Tehran in 1979 during the Iranian hostage crisis. Congressman Hansen Iran Hostage

He spoke to some U.S. citizens held captive, which official negotiators had not been able to do. But his unauthorized mission to Iran enraged officials at the State Department and in the administration of President Jimmy Carter, as well as fellow members of Congress. Rep. Millicent Fenwick (R-N.J.) called Mr. Hansen’s effort at international diplomacy “dangerous” and “irresponsible.”

The Iran hostage crisis was a diplomatic standoff between the United States and Iran. Fifty-two American diplomats and citizens were held hostage for 444 days from November 4, 1979, to January 20, 1981, after a group of Iranian college students belonging to the Muslim Student Followers of the Imam’s Line, who supported the Iranian Revolution, took over the U.S. Embassy in Tehran. 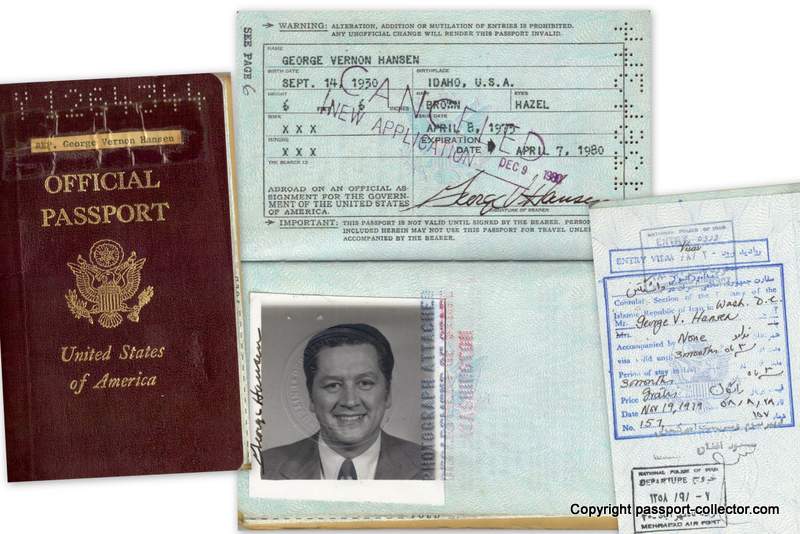 White House press secretary Jody Powell said it violated the constitutional separation of powers and “could prolong the captivity of American hostages.” In return, Mr. Hansen threatened to launch impeachment proceedings against Carter over the hostage crisis. He also became a vocal opponent of abortion rights and the treaty that relinquished U.S. control of the Panama Canal. Congressman Hansen Iran Hostage

Keeping such a high profile proved expensive, and Mr. Hansen said it was impossible to live on his annual congressional salary, which was $57,500 in 1977. He sought approval from the Federal Election Commission to solicit contributions to pay his personal expenses, but such a practice would violate congressional ethics rules.

Under Idaho’s community property laws, Mr. Hansen and his wife divided their assets, and Connie Hansen sent out mass mailings, requesting that people send money to help pay off debts. In 1983, Mr. Hansen was indicted by a federal grand jury on four charges of filing false financial disclosure statements. He was accused of concealing more than $245,000 in loans and $87,000 in profits from silver speculation, much of it in his wife’s name.

Mr. Hansen said he was the subject of “selective and bogus prosecution” and accused the Justice Department of trying to silence “my opposition to federal intrusion into all our lives.”

He said powerful forces were arrayed against him. “When you find out who they are,” he told a Washington Post reporter in 1983, “let me know.”

In 1984, he was found guilty on all four counts and became the first congressman convicted of violating the 1978 Ethics in Government Act. He was sentenced to five to 15 months in prison and fined $40,000. “I should have robbed a bank,” he said at a hearing before a congressional committee, slamming his hand on the table. “I would have had the money and not as big a penalty as for screwing up a government form.” Congressman Hansen Iran Hostage

Nevertheless, Mr. Hansen kept his seat in Congress and ran for reelection. “They would vote for me if I were chained in the Bastille,” he said of his constituents in Idaho.

Mr. Hansen lost his 1984 bid for office by 170 votes out of more than 200,000 casts. After the U.S. Supreme Court turned down the appeal of his conviction, he entered a federal prison in Petersburg, Va., in 1986. He was released after six months. During that time, he went on a hunger strike, and his weight dropped from 326 pounds to 250.

In April 1987, Mr. Hansen was charged with violating his parole by not completing monthly financial reports and by traveling outside Virginia without permission. He was arrested by federal marshals in Omaha and flown back to Virginia, handcuffed and chained at the waist and ankles.

Conservative and liberal commentators were appalled by such treatment for someone not convicted of a violent crime. Mr. Hansen spent an additional six months in prison, where he held well-attended monthly news conferences and organized a national campaign to clear his name. He asked for a presidential pardon, which never came.

In 1995, the Supreme Court ruled that the 1978 ethics law applied only to members of the executive branch of the government, not to members of Congress. Mr. Hansen’s conviction was vacated, and his $40,000 fine was returned. By that time, however, had been convicted of 45 counts of bank fraud in a multimillion-dollar check-kiting operation in Idaho. He served 40 months in federal prison. Congressman Hansen Iran Hostage

Even then, he retained his popularity. Almost 100 of the people he had swindled signed affidavits calling for Mr. Hansen to be spared from prison. “I’ve never seen that kind of blind allegiance,” the presiding judge said.

George Vernon Hansen was born on Sept. 14, 1930, in Tetonia, Idaho. After serving in the Air Force, he graduated in 1956 from Ricks College (now Brigham Young University-Idaho) and worked as a teacher and insurance salesman before entering local politics.

Mr. Hansen briefly worked as a lobbyist in Washington before returning to Idaho. After his bank-fraud conviction in 1993, he continued to appeal a default judgment against him until 2009, when the Idaho Supreme Court ruled that he owed more $700,000 to a couple who had invested in one of his fraudulent schemes. 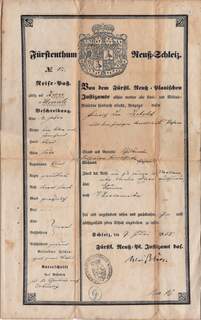