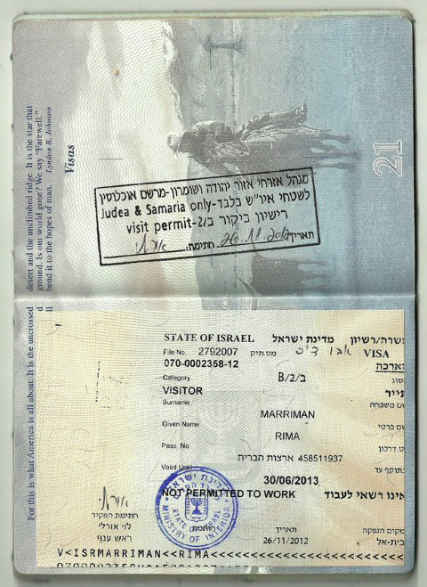 Because the Palestinian Authority has no real control or sovereignty, anyone who wishes to go to the occupied West Bank can only do so with Israeli permission. This includes foreign visitors and thousands of Palestinians with third country passports who live or visit there.

Even though many foreign nationals live and work in the West Bank, there is no such thing as a work permit that allows them to work for Palestinian institutions or companies based in the occupied West Bank, or simply to live there securely.

So such people get Israeli “tourist” visas which they have to constantly renew and which are frequently arbitrarily denied.

Hundreds of Palestine solidarity activists challenging Israel’s iron grip on who can enter and leave the West Bank, have been expelled or denied entry over the past year.

It is not just ordinary people who are denied entry by the occupying regime, but even foreign government officials trying to meet with the Palestinian Authority.

This is an Israeli abuse that has even been documented by US diplomatic missions in the region.

In the past, an Israeli visa meant that a foreign visitor or Palestinian with a foreign passport could roam throughout “Israel” and across the West Bank.

But since at least 2009, Israel began stamping passports of visitors to the West Bank with the words “Palestinian Authority only,” meaning that the bearer could only move within the occupied West Bank.

Now in a significant new development, Israel has begun stamping passports with the words “Judea & Samaria only.” 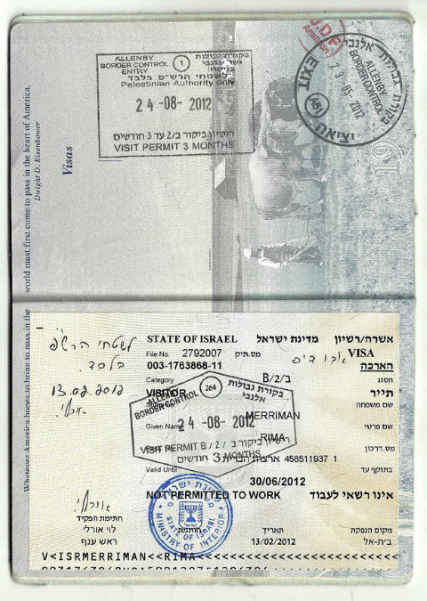 The image directly above is from the passport of Rima Merriman, a Palestinian-American university professor teaching American literature at Al Quds University. It shows the “Palestinian Authority only” stamp dated 24 August 2012. The image at the very top of this article, with Merriman’s most recent entry on 26 November 2012, shows the new stamp with the words “Judea and Samaria only.”

“Judea and Samaria” is the Jewish nationalist name Israel gives to the occupied West Bank to reinforce its bogus claims to the territory and to give them a veneer of historical and religious legitimacy.

The latest change is further proof, if it were needed, that Israel is, without announcing it, implementing a racist one-state solution where there is no such thing as a Palestinian state and even the “Palestinian Authority” has been erased.

Merriman explained to me that she has twice been denied re-entry at the Allenby Bridge crossing from Jordan into the occupied West Bank. Each time she was told “that I was entering to work with no work visa” even though “there is no way for an international academic working at a Palestinian university to get a work permit.” She was later able to re-enter “through coordination between the PA Civil Affairs Office” and the Israeli occupation authorities, but with considerable loss of time and cost.

The explicitly racist and discriminatory nature of this Israeli entry regime can be seen in the fact that Jews of any nationality are not only granted entry whenever they wish, but are instantly granted Israeli citizenship, while Palestinians living or exiled abroad, even if born in Palestine, can only enter their own country as “visitors” on foreign passports and subject to the occupier’s whims. 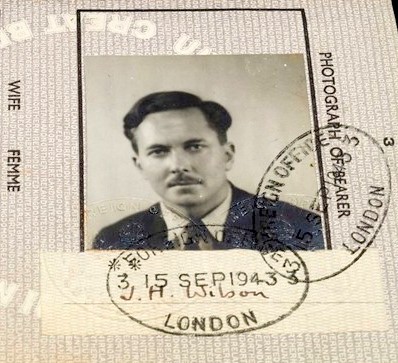 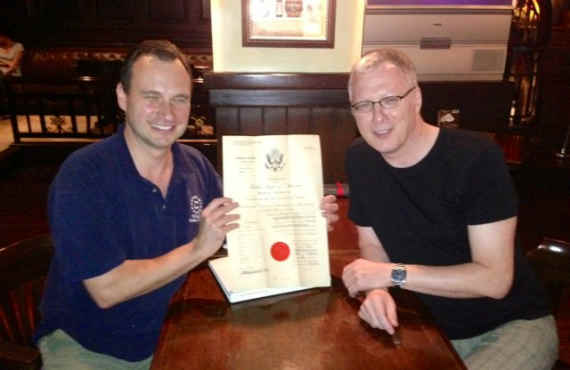 It’s always great to meet up with fellow collectors, and this time I had the chance to meet Scott in Bangkok. Knowing each other for about two years by email, we meet the first time in person. Scott is from…