Meet Hans Bludau from Elbing (about 60km from Danzig), who was in 1937 just a simple artilleryman when he got this green Border Pass, which allowed him to cross borders between East Prussia and the Free City of Danzig. The back of the document shows a currency exchange stamp (Reichsmark in Danzig Gulden). The border pass, which I never see before, was valid for one year. Fascinating Document German Officer 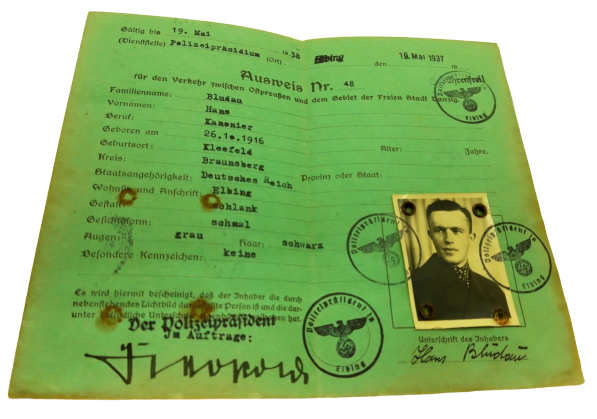 The second document is captivating because it was issued to the very same Hans Bludau, almost at the end of the war in 1945 – now in the rank of a Lieutenant. The document confirms that Lieutenant Bludau lost several items during the “TERROR BOMBING OF DRESDEN” on the night of 13/14 February 1945. A highly interesting document as nowadays we don’t see too often such papers from the bombing of Dresden. Fascinating Document German Officer 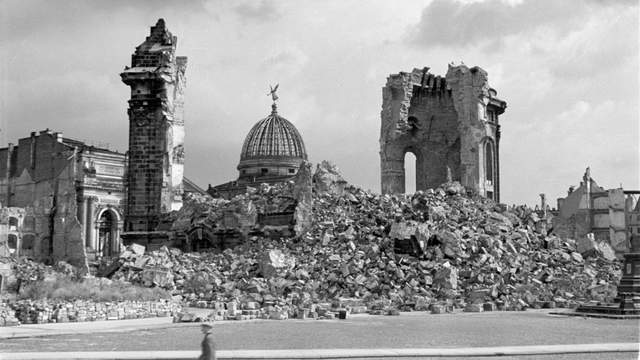 The punishing, three-day Allied bombing attack on Dresden from February 13 to 15 in the final months of World War II became among the most controversial Allied actions of the war. The 800-bomber raid dropped some 2,700 tons of explosives and incendiaries and decimated the German city.

The document issued by a first lieutenant on February 21, 1945, lists the loss of the fourteen different items where these items are most notable.

Carrying and loosing RM5000 was quite a sum in 1945 when a Lieutenant had a monthly salary of about RM300. 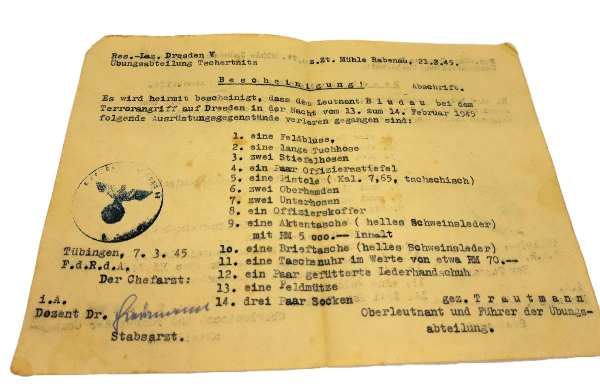 This photo postcard was also included, which shows Hans in uniform on a horse. Fascinating Document German Officer 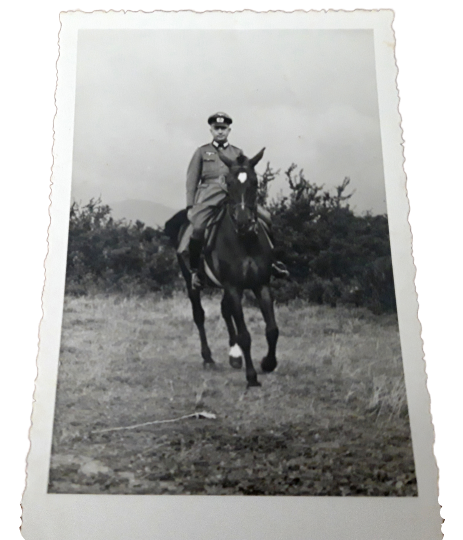 Fascinating document set, I would say, showing a part of a man’s life from 1937 to 1945, from Danzig to Dresden to Tübingen. So far, I could not find more data about Hans Bludau.

Side note: During my professional life I visited Elbing (Elblag) and Danzig (Gdansk) quite often. Gdansk is full of history. Visit the city, if you can.