Several items owned by Adolf Hitler and Air Force Chief Field Marshal Hermann Goering have been withdrawn from a French auction following objections from two Jewish groups. Forty Nazi things were to have gone under the hammer at the auction house in Paris. The items include two Herman Goering passports (a German and an Austrian) and other things. According to the auction house, the subjects were pillaged from Hitler’s mountaintop retreat in the Bavarian Alps by French soldiers in May of 1945. French Culture Minister Aurelie Filippetti described the decision as “necessary in the light of history and morality.” Here are both pictures. It’s the very first time that a passport of such a high ranking Nazi member can be displayed. The planned auction was in 2014. Hermann Goering Passport Auction

Passports from such high ranking members of the Nazi regime are, of course, extremely rare. If such travel documents still exist, then they are somewhere deep in some archives’ vaults and will never be on display, just like the Austrian passport of A.H., for example, which is in the vault of the Bavarian State Archive in Munich.

On 26 February 1932, Hitler was sworn in and thus simultaneously received “citizenship of the Free State of Braunschweig,” as can be seen from the “citizenship card” of the Free State of Braunschweig, which also made him a “citizen of the Reich” under state law. He was thus able to participate in the Reich presidential election – even if he had received it for the second time after the Gendarmeriekommissarstelle in Hildburghausen. By the way, A.H. was stateless since 1925 when he renounced his Austrian citizenship. 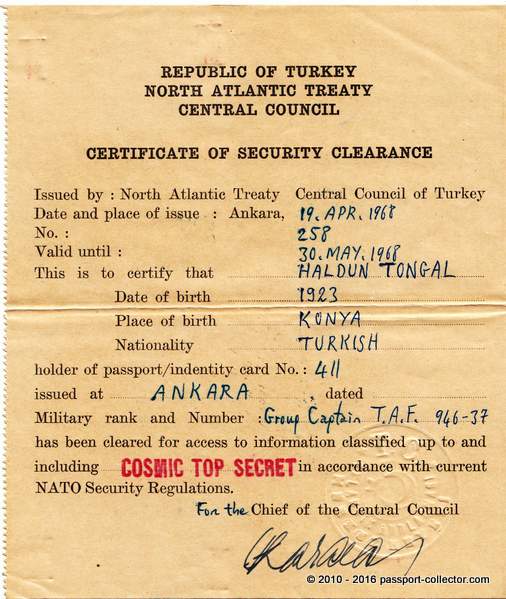