This Third Reich Fremdenpass (Alien passport) was issued to Italian Emilio Guarnieri from Piacenza, born 28 Oct 1916. His occupation is documented as Landarbeiter (Laborer). The next German word I can read as “Entl.” (abbreviation for dismissed), the following wording I can’t understand clearly. Emilio was living in the city of Braunschweig, where the passport was also issued on 9 Nov 1944, valid until 8 Nov 1946 and only valid for Germany. Page seven of his document shows a residence permit for the Third Reich issued by police on the same day when the passport was issued. Forced Laborer Alien Passport 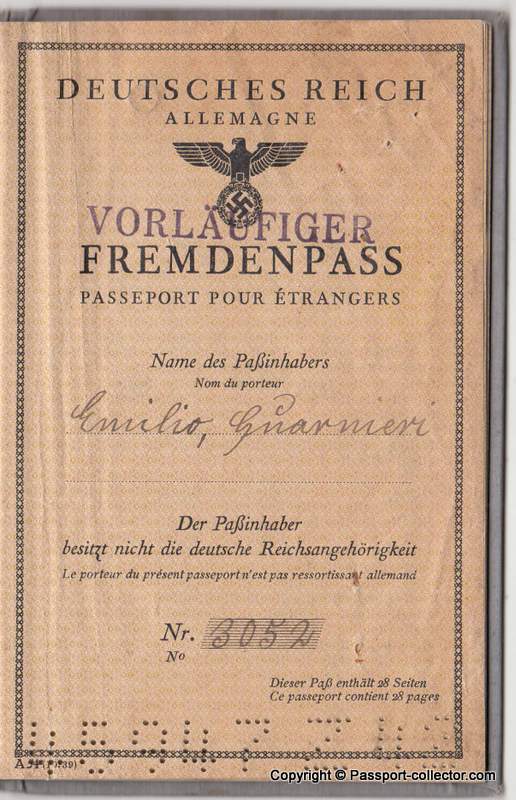 Furthermore on the passport cover is a stamp with the wording “Vorläufiger” which means provisional. The authorities took a normal Alien passport but then stamped it as provisional Alien passport. This is unusual. Also unusual is his passport photo where Emilio is holding a plate with a number, like for a mugshot, etc. This could indicate that he was an inmate of the Neuengamme concentration camp, which was near Hamburg. Further, the entry as mentioned before – “dismissed” could indicate so. I sent a request to the Neuengamme Memorial site to find out if he was indeed an inmate there. 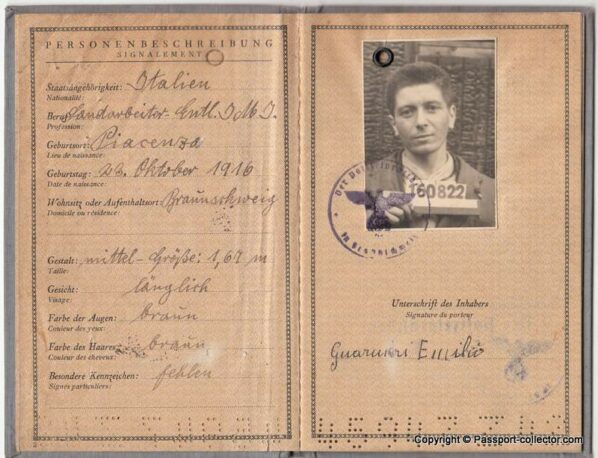 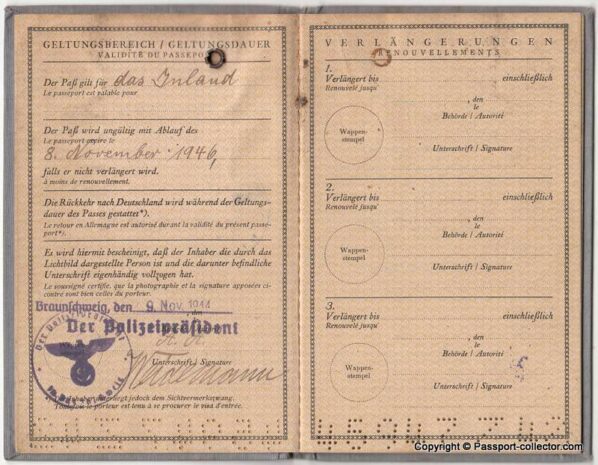 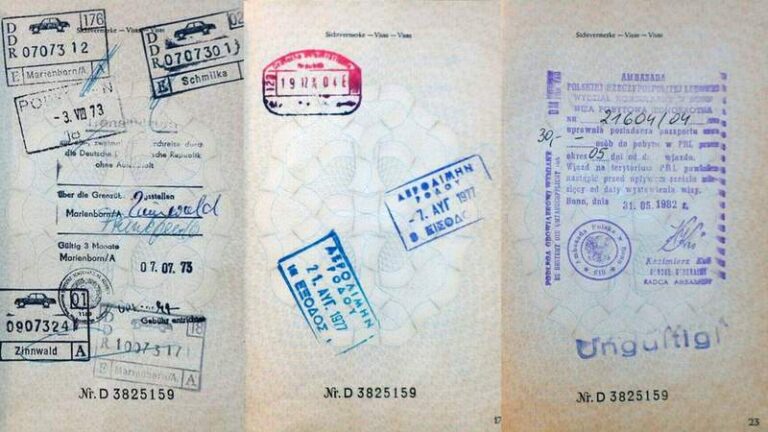 Unlike the citizens of East Germany living behind the Iron Curtain, West Germans traveled extensively throughout the Cold War. By 1970, West Germany’s Hallstein Doctrine had ended, meaning West Germans were free to interact liberally with nations that had recognized…