This travel document is one of the rare passport types a collector can find. In fact, this document is the only I ever saw. But some history of the Hanseatic Republics first.

Historically major trading hubs for the northern German States and Baltic Sea, the three cities joined together to conduct one streamlined policy in their relations with the United States during the nineteenth century. Yet, each Hanseatic city remained independent of the others. After initial recognition in the 1790s, relations were expanded in the following decades, driven by the increased trade and commercial ties between the Hanseatic Cities and the United States. By the late 1840s, Bremen was one of the main ports through which goods moved between the United States and the German States.

Direct diplomatic relations between the United States and the Hanseatic Republics were established in 1853 but were severed in 1868 when the three republics joined the North German Confederation. Three years later after the process of German unification, the three republics entered into the German Empire. From this point forward, foreign policy of the German Empire was made in Berlin, with the German Kaiser (who was also the King of Prussia) accrediting ambassadors of foreign nations. Relations with the German Empire were severed when the U.S. declared war upon Imperial Germany in 1917.

The first known act of recognition between the United States and Hamburg came in 1790 when the Free City of Hamburg accepted the credentials of U.S. Vice Consul John Parish, who was appointed to that position on June 17, 1790. Additionally, on February 19, 1793, the U.S. Congress resolved that John Parish was to be accredited as U.S. Consul in Hamburg.

Recognition between the U.S. and Breman, 1794

The first known act of recognition between the United States and Bremen was in 1794 when Arnold Delius, who on May 28, 1794, was appointed as U.S. Consul at Bremen, arrived to open the first U.S. consulate in that city. The U.S. did not open a consulate in Lübeck until August 6, 1824.

Hanseatic Representation in the U.S., December 4, 1827

The document comes in a large folio format, is well traveled and was issued by the Agent and Consul for the Free Hanseatic Republics of Lübeck, Bremen & Hamburg in London 20 March 1840. Captain William Dunlop was the bearer of this fantastic travel document, who in another passport (July 1840) is described as carrying despatches from St. Petersburg to Hamburg. Dunlop was in the service of the Honourable East India Company of Great Britain (HEIC) traveling to Hamburg. One dozen endorsements, including a visa with a wax seal issued in Stockholm for travel to Russia, are showing his frequent travels between March and July 1840.

Unfortunately, I could not find reliable data on William Dunlop. 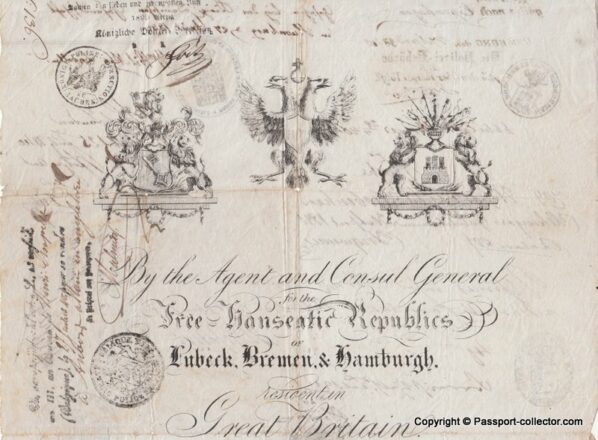 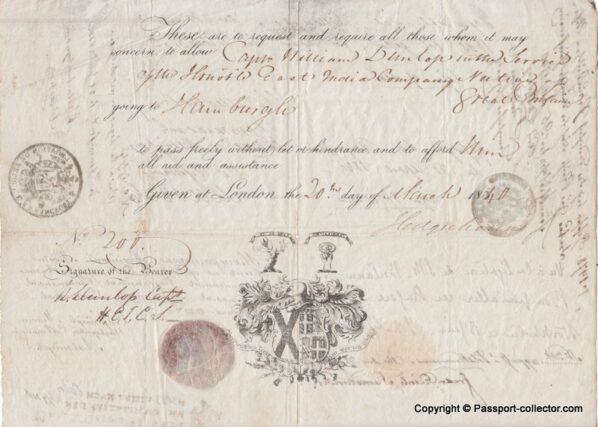 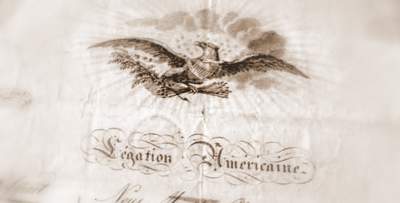