with secretarial signature of King Henry IV of France. A later note on the back indicates that this passport was issued to the Philip William, Prince of Orange (1554-1618) for travel through Flanders and Burgundy. The handwritten document has four entries, each signed by two people and dated July 1602. There are remains of a wax seal. What a fantastic early travel document! Extremely hard to find and it was sold for “just” $461.

As a passport collector you can be happy to find an early 18th century document but a 17th century passport is truly very very hard to find. My oldest passport is by the way issued by a German Duchess 1646. 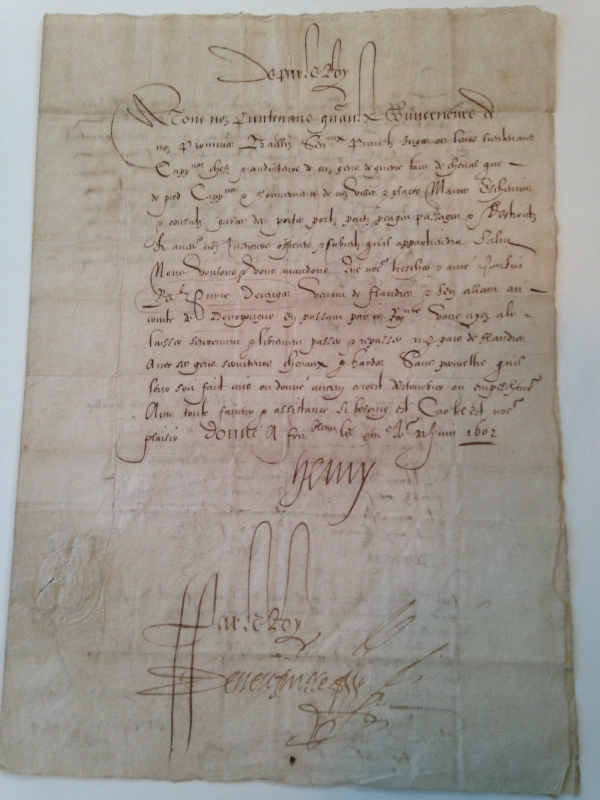 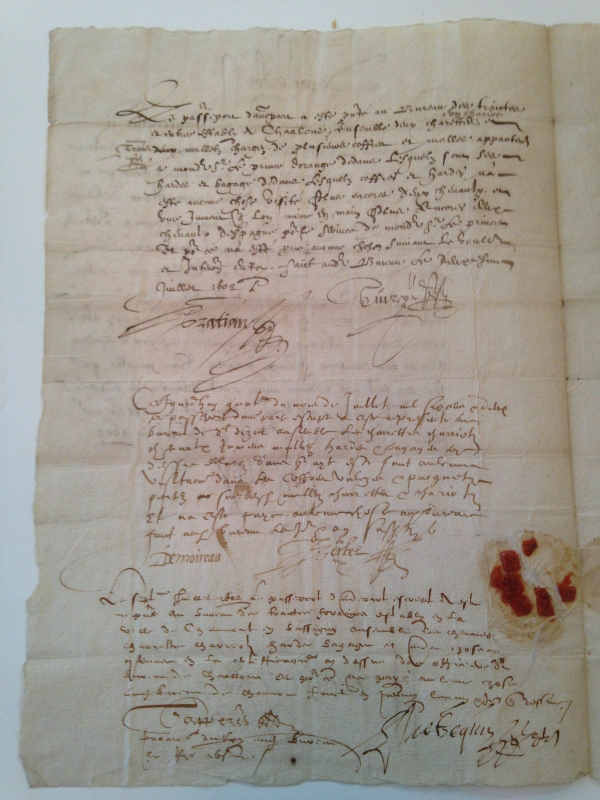 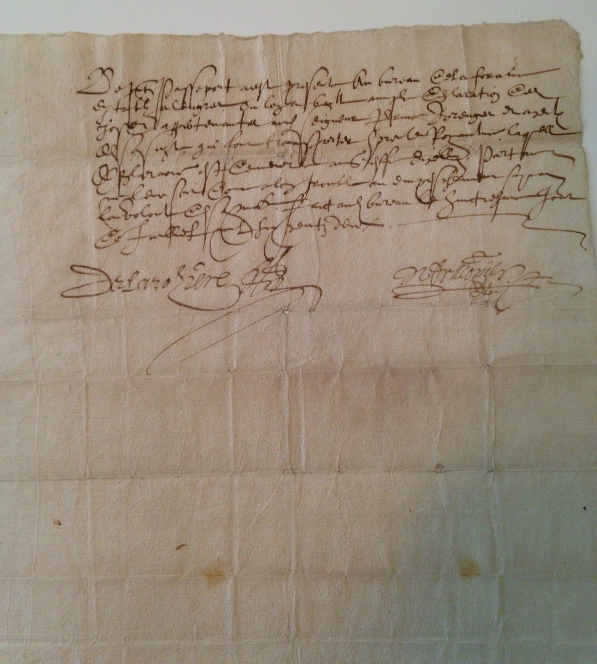 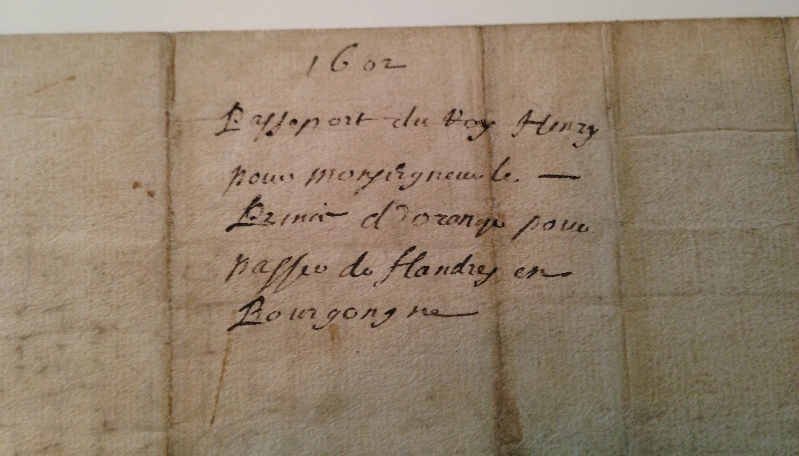 Philip William, Filips Willem in Dutch, was born on 19 December 1554 in Buren, Guelders, Seventeen Provinces. He was the first son of William the Silent and Anna van Egmont. 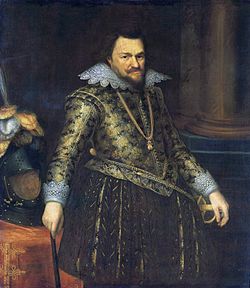 When his father William the Silent ignored Alva’s summons to return to Brussels, remaining in Germany, Philip William, only a boy of 13, was studying at the University at Leuven in Brabant. He was seized in February 1568, and taken to Spain partly as a hostage, but especially to be raised as a good Catholic and loyal subject. He would never see his father again, and his mother had died in 1558.

In Spain he continued his studies at the university of Alcalá de Henares. He remained in Spain until 1596 when he returned to the southern Netherlands. His interests in the Dutch Republic were vigorously defended by his sister, Maria of Nassau, against his half-brother Maurice of Nassau who contested his brother’s right to the barony and city of Breda.

In 1606 Philip William was recognized in the Republic as Lord of Breda and Steenbergen, and his right to appoint magistrates was acknowledged, provided he did so maintaining the “Union and the Republic’s religion”. He duly made his ceremonial entry into his town of Breda in July 1610 and from then until his death, regularly appointed the magistrates in his lordship. Though he restored Catholic services in the castle of Breda, he did not try to challenge the ascendancy of the Protestant-Calvinist Reformed Church in the city. He had a difference with the States-General in 1613, when they annulled his appointment of a Catholic drost. He had to cooperate with the military governor in Breda, his illegitimate stepbrother Justinus van Nassau, staunchly loyal to the States-General. In 1606 in Fontainebleau, Philip William was married to Eleonora of Bourbon-Condé, daughter of Henry I, Prince de Condé, and cousin of King Henry IV of France, but he died in 1618 without any children. Therefore Maurice of Nassau could at last inherit the title Prince of Orange.

As Lord of Diest and a pious Catholic at the time of his death, Philip William of Orange commanded that the parish church of Saint Sulpice in the same city, should celebrate a yearly Requiem Mass for his soul. Diest is also the site of his burial in the Catholic Roman Rite. Diest is known as the “Orange City”, and Philip William as “the Catholic prince of Orange”, as his father in 1573 – leading the Dutch Revolt – had become a Calvinist Protestant instead of a Catholic as he had been before. 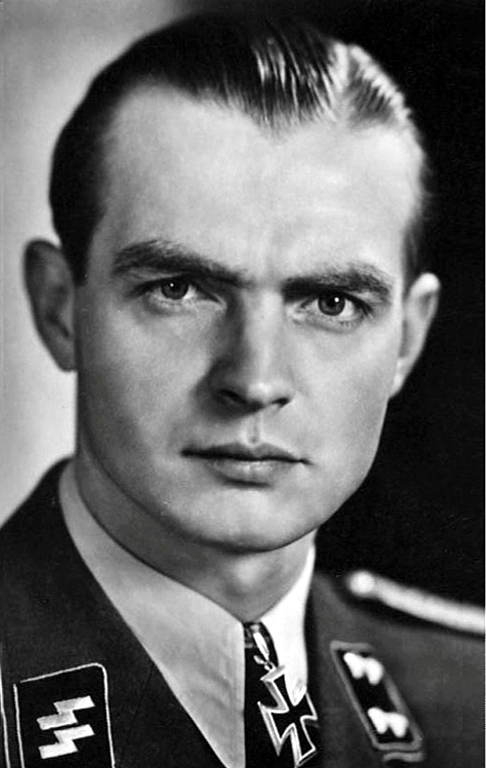 max Wünsche passport You see a document of a significant figure of WWII – the passport of MAX WUENSCHE, SS commander awarded with the Knight’s Cross of the Iron Cross with Oak Leaves and personal aide to Adolf Hitler. Max… 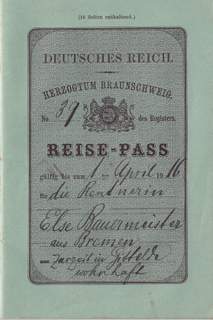 German Empire Passport Braunschweig Just got this beauty into my archive. The German Empire (1871-1918) existed of Kingdoms, Grand Duchies, Duchies, Principalities, Free and Hanseatic Cities, and Imperial Territories. This passport is from the Duchy of Brunswick (Braunschweig) and is…