Here comes a rare and beautiful family passport issued 1932 in Tilsit (East Prussia), which was then part of the German Empire. After WWII it became Russian territory, and the city changed his name to Sovetsk. 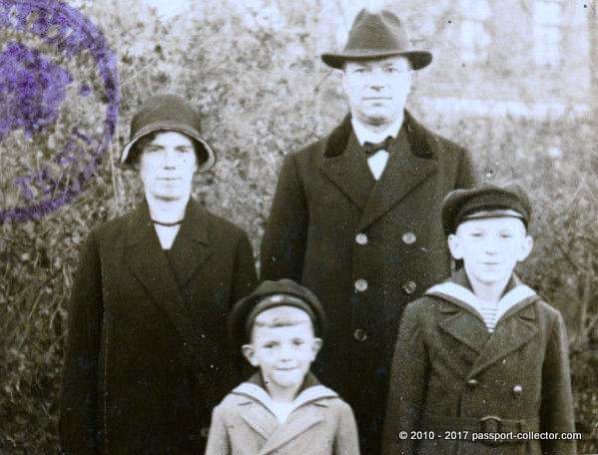 Tilsit, which received civic rights from Albert, Duke of Prussia in 1552, grew up around a castle of the Teutonic Knights, known as the Schalauer Haus, founded in 1288.

The Treaties of Tilsit were signed here in July 1807, the preliminaries of which were settled by the emperors Alexander I of Russia and Napoleon I of France on a raft moored in the Neman River. This treaty, which created the Kingdom of Westphalia and the Duchy of Warsaw, completed Napoleon’s humiliation of the Kingdom of Prussia when it was deprived of one-half of its dominions.

This short-lived peace-treaty is also remarkable for quite another reason. Three days before its signing, Prussian queen Louise (1776–1810) tried to persuade Napoleon in a private conversation to ease his hard conditions on Prussia. Though unsuccessful, Louise’s effort much endeared her to the Prussian people. 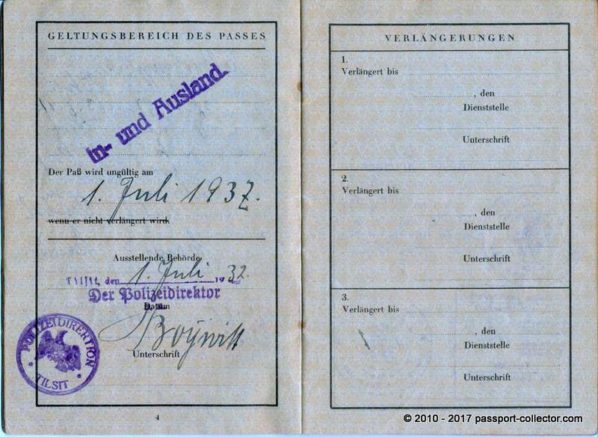 Until 1945, a marble tablet marked the house in which King Frederick William III of Prussia and Queen Louise resided. Also, in the former Schenkendorf Platz was a monument to the poet Max von Schenkendorf (1783–1817) a native of Tilsit. During the 19th century when the Lithuanian language was banned within the Russian Empire, Tilsit was an essential center for printing Lithuanian books which Knygnešiai smuggled them to the Russian-controlled part of Lithuania. In general, Tilsit thrived and was a crucial Prussian town. By 1900 it had electric tramways and 34,500 inhabitants; a direct railway line linked it to Königsberg, and Labiau and steamers docked there daily. Russian troops occupied it between 26 August 1914 and 12 September 1914 during World War I. The Act of Tilsit was signed here by leaders of the Lietuvininks in 1918. 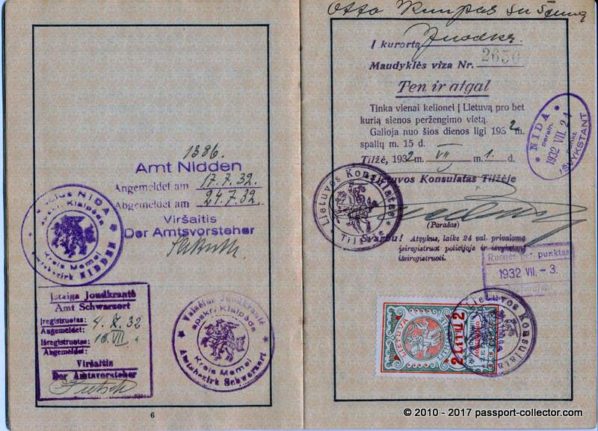 According to German data in 1890 35% of the Tilsit district (which Tilsit was not part of) population was composed of Prussian Lithuanians. Hitler visited the town just before World War II, and a photo was taken of him on the famous bridge over the Memel River. Tilsit was occupied by the Red Army on January 20, 1945, and was annexed by the Soviet Union in 1945. The remaining Germans who had not evacuated were subsequently forcibly expelled and replaced with Soviet citizens. The town was renamed Sovetsk by the new communist rulers, in honor of Soviet rule.

Modern Sovetsk has sought to take advantage of Tilsit’s rich traditions of cheese production (Tilsit cheese), but the new name (“Sovetsky cheese”) has not inherited its predecessor’s reputation. The passport was issued to a family of four and had visas and revenues from Lithuania. The final family destination was the city of Lindau at the Lake Constance, South Germany. 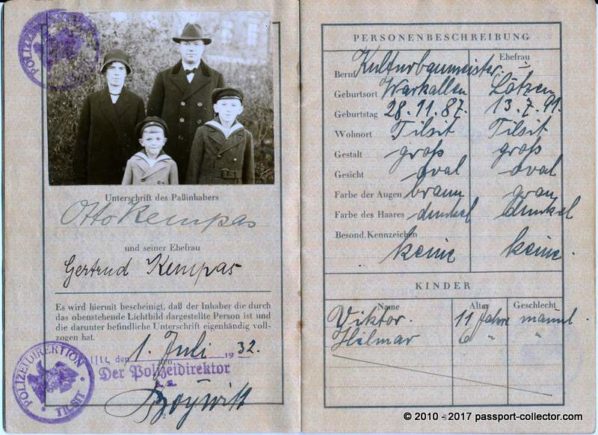