Rare German Passport issued in 1929 in Tientsin, China. Meet Engineer Karl Wick whose Passport was issued at the German Consulate General in Tientsin on 13. April 1929. You can imagine not many passports were issued there and even less survived until today – more than 80 years after issuing! Great visas document Karl’s travels, including China, Russia, Poland, Belgium, Germany, France, and Chile. German Passport Tientsin China 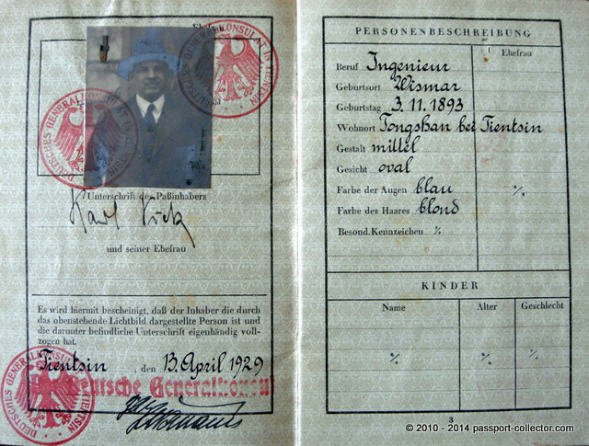 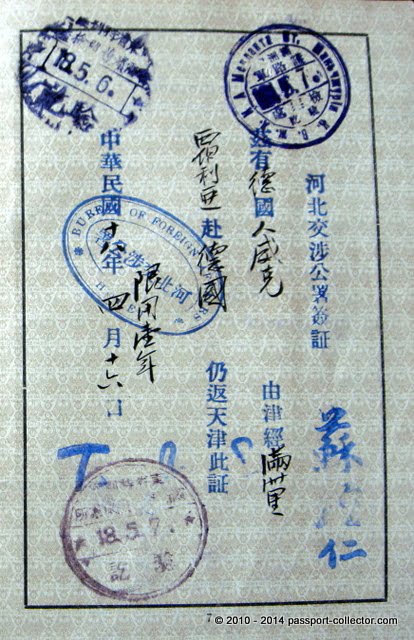 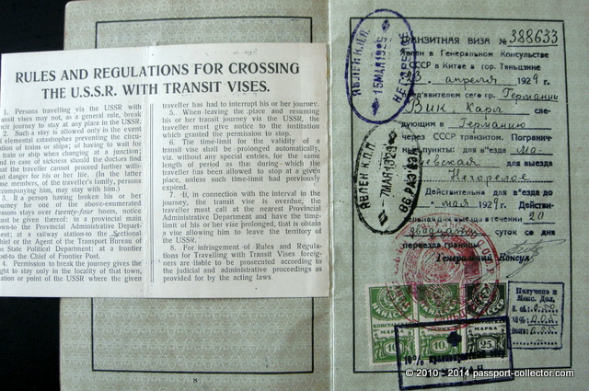 Western nations were permitted to garrison the area to ensure open access to Beijing. The British maintained a brigade of two battalions in Tianjin, and the Italians, French, Japanese, Germans, Russians, and Austro-Hungarians maintained understrength regiments; the United States did not initially participate. During World War I, the German and Austro-Hungarian garrisons were captured and held as Prisoners of War by Allied Forces while the Bolshevik government withdrew the Russian garrison in 1918. In 1920, the remaining participating nations asked the United States to join them, and the US then sent the 15th Infantry Regiment, less than one battalion, to Tianjin from the Philippines. German Passport Tientsin China

Garrison duty was highly regarded by the troops. General George C. Marshall, the “architect of victory” in World War II when he was the United States Army Chief of Staff, served at Tianjin in the 1920s as Executive Officer of the 15th Infantry. The US withdrew this unit in 1938, and a US presence was maintained only by the dispatch of a small US Marine Corps unit from the Embassy Guard at Beijing. German Passport Tientsin China