This German Prussian passport from 1922 was issued in Breslau an bears a early visa for Palestine (via Egypt) issued by the British at their embassy in Berlin plus an Austrian visa marked as “PALÄSTINAWANDERER” – Palestine Wanderer. Page eight shows also two stamps from Jaffa that the passport holder indeed entered Palestine on 22 March 1923. 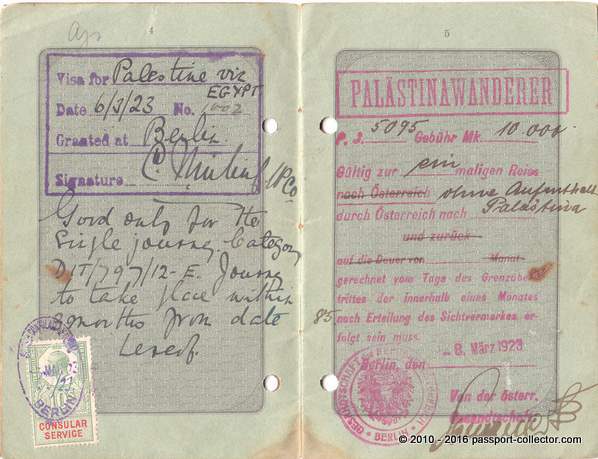 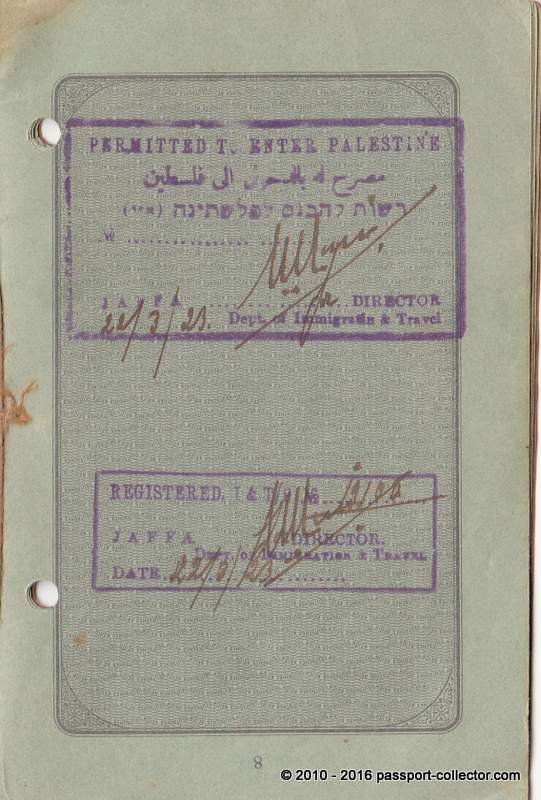 This passport is related to the third (of five) Aliyah. Between 1919 and 1923, 40,000 Jews, mainly from Eastern Europe arrived in the wake of World War I. The British occupation of Palestine and the establishment of the British Mandate created the conditions for the implementation of the promises contained in the Balfour Declaration of 1917. Many of the Jewish immigrants were ideologically driven pioneers, known as halutzim, trained in agriculture and capable of establishing self-sustaining economies. In spite of immigration quotas established by the British administration, the Jewish population reached 90,000 by the end of this period. The Jezreel Valley and the Hefer Plain marshes were drained and converted to agricultural use. Additional national institutions arose such as the Histadrut (General Labor Federation); an elected assembly; national council; and the Haganah, the forerunner of the Israel Defense Forces.