A traveler back then could get as far east as Perm, Russia, in just five days, while a similarly distanced trip to Africa, where several countries were still under British rule, could take over 40 days. Going to China in 1909 as a woman and with three children was surely nothing ordinary. It was an adventure and a huge challenge as traveling to China did take 30 to 40 days. An easier journey would be that to the United States, which would take a traveler about five to ten days. 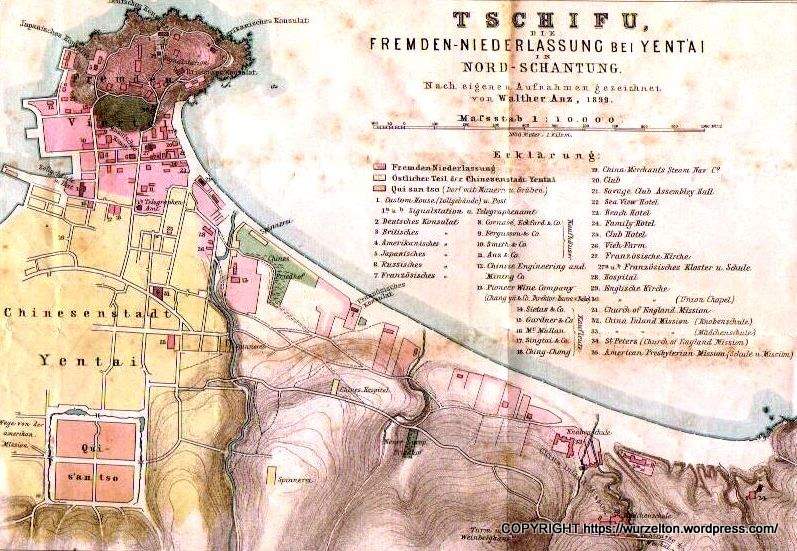 Meet Ottillie Wilhemine Amelie Rosa Anz, nee Foch. Ottilie was then thirty-three years old. She traveled with her three children. Daughter Ilse Marie Angrete Rosa and the two boys Wolfgang and Harald Walther Otto. Ottilie was married as the passport indicates and traveled back to her husband in China in the city of Chefu (German: Tschifu). Today the city’s name is Yantai, which is in Eastern China.

The passport is issued by the Free City of Hamburg and has passport number 45. Passport numbers start every year again with the number one. So, this was the 45th passport issued at this specific town hall of Bergedorf in 1909. The exact issuing date is 25 Sep 1909. We can see a Russian stamp dated 28 Oct 1909 and a Russian visa. Her passport was valid until 31 Dec 1911.

In her diary, she wrote…

“On October 29, 1909, I and the children cheeringly began their return journey to their father, to Chefoo this time, and via Siberia. “Martyrdom of a mother” was the kind of headline I had in mind when I decided to write a small essay about this most terrible of all my travels. Harald was very ill. For days he lay feverishly, partly apathetic, partly crying, did not eat, only wanted to drink, and I, miserable and half-dead with the other two children, in the uncomfortable compartment of the continuing train. When the father surprises us in Manchuria at midnight, the mother is childishly blissful and Ilse, awakened, gently greets him while still half asleep, Harald gets up and slowly and calmly asks: “Are you also a father? I only have one Chefoo father. Slowly, after days, he realizes that the two are one person.”

“Around the Korean peninsula, the ship’s route leads to Vladivostok. In September 1912, Oscar Anz accompanied his sister-in-law and the children to the Russian port. Then Otti, the 10-month-old Ursel in his arms, pushing the two-year-old Oscar by the hand and the 6-year-old Harald in front of him, climbs the Trans-Siberian Railway. It is 9289 kilometers from Vladivostok to Moscow. It is the longest railway line in the world. Before the October Revolution of 1917, the route departed from Vladivostok via Grodekovo, Harbin, Manchuria, Tarskaya, Chita, Omsk, Petropavlovsk, Kurgan, Chelyabinsk, Ufa, Samara, Ryazan to Moscow. From there it is still more than 2000 kilometers from Warsaw to Hamburg…” 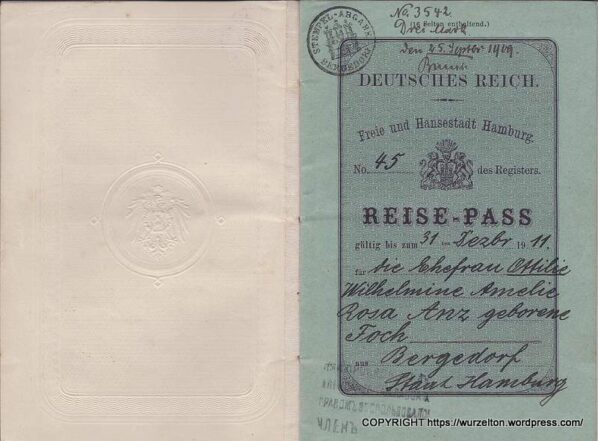 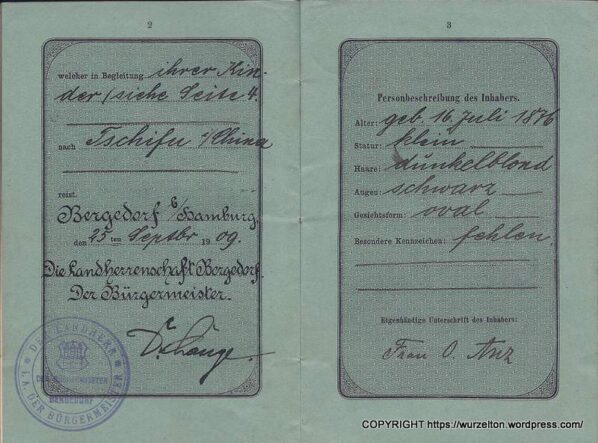 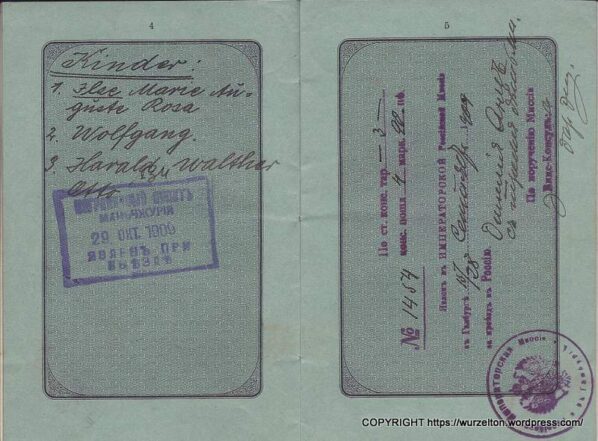 You can read the full story at https://wurzelton.wordpress.com/ (in German)German woman goes to China in 1909 with 3 kids 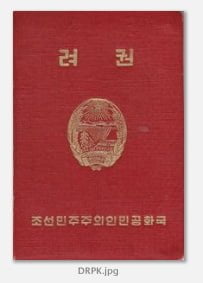