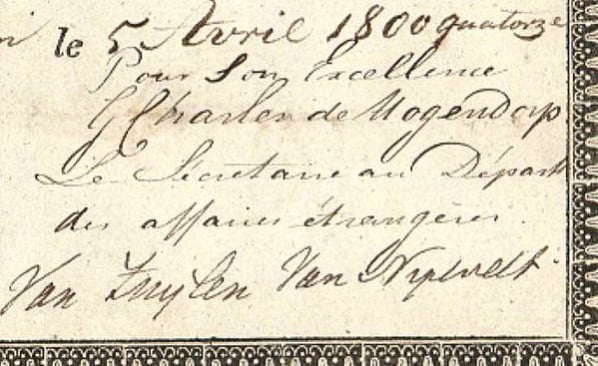 Van Hogendorp was born in Rotterdam, and went to school in Berlin. In 1785 he attended the University of Leiden, where he majored in law. He was pensionaris, main legal adviser and advocate, of Rotterdam from 1788 to 1795, only to be dismissed for having princely “orange” sympathies after a republican revolt. He was part of the Driemanschap (Triumvirate) that invited William I of the Netherlands to become Prince of the newly independent Netherlands in 1813 and played an important role in the establishment of the monarchy and served as Prime Minister from 1813 to 1814, and headed the commission that wrote the Constitution of the Netherlands of 1814.

Gijsbert Karel served in 1778 in the regiment of Prince Henry of Prussia, then at the court of Frederick II the Great of Prussia. He goes back to Berlin in 1779. He is very inquisitive and dedicated to Latin and Greek. He goes back to the Netherlands in 1781.

The document is signed by a member of a noble family from the region of Rotterdam, a town and region where several members of the family played a significant role. As the signature only says “van Zuylen van Nijevelt” it’s for me not 100% clear which of the notable family member is meant here as several options are possible. Several family members have been mayor, governor, minister, and prime minister! My best guess is Hugo van Zuylen van Nijevelt (lawyer, later secretary to the Ambassador in Paris, Ambassador in Spain, Sweden, and Turkey*). Gijsbert Karel Count van Hogendorp

Fun fact – he was the great-great-great-grandfather of Audrey Hepburn. So far I did not find any information from the bearer of the passport – Thomas Ferguson who seems to be a British subject. This passport was issued to Ferguson going to Frankfurt, Germany. 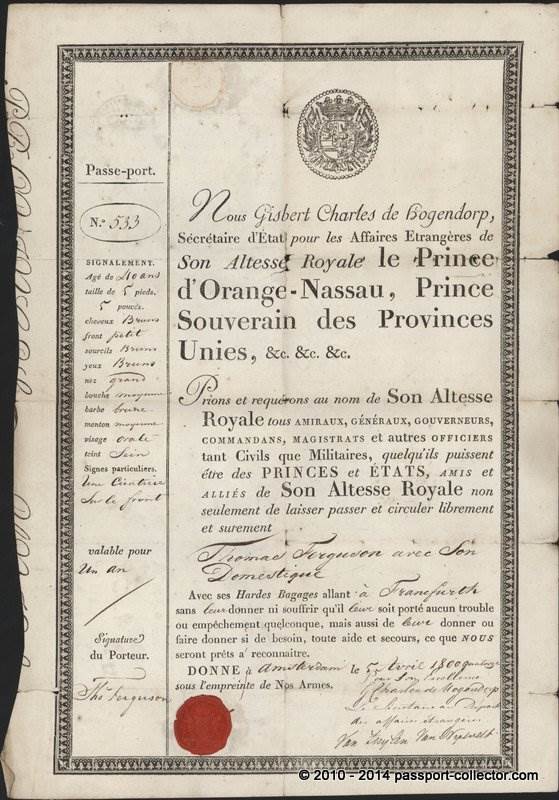 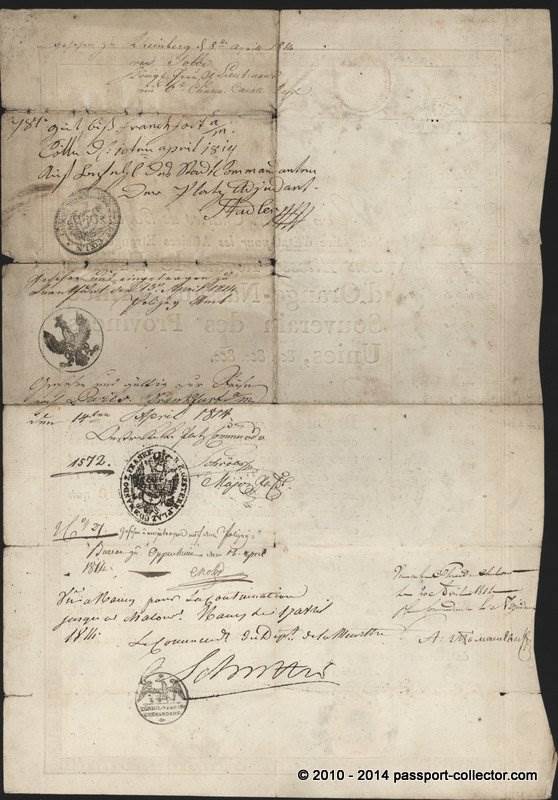