Grand Duchy Of Saxony 1919 – Rare Passport Of The German Empire

Saxe-Weimar-Eisenach was created as a duchy in 1809 by the merger of the Ernestine duchies of Saxe-Weimar and Saxe-Eisenach. It was raised to a Grand duchy in 1815 by the resolution of the Vienna Congress. In 1903, it officially changed its name to the Grand Duchy of Saxony, but this name was rarely used. The Grand Duchy came to an end in the German Revolution of 1918–19 with the other monarchies of the German Empire. It was succeeded by the Free State of Saxe-Weimar-Eisenach, which was merged into the new state of Thuringia two years later.

The full grand ducal style was Grand Duke of Saxe-Weimar-Eisenach, Landgrave in Thuringia, Margrave of Meissen, Princely Count of Henneberg, Lord of Blankenhayn, Neustadt, and Tautenburg.

The Saxe-Weimar-Eisenach branch is the most genealogically senior extant branch of the House of Wettin. So far to history…

For almost 15 years I’m trying to complete my German Empire passport collection. There are thirty different types and I am still missing two, The two types missing are of course the rarest ones, which are…

If you find one of the above types I would be happy to hear from you and would make sure to acquire these documents for a decent price!

The Grand Duchy of Saxony ended officially in 1918 during the German Revolution but the document was issued on Sep 8, 1919 – more than a year later after the Grand Duchy was defunct. Probably the police station just used up the old forms? Her passport was valid till Sep 8, 1920. And another unusual characteristic is the wording “REISE-PASZ” and not the usual REISE-PASS! The passport number is 1079/19 which indicates that 1079 passports were issued in 1919. The Grand Duchy had in 1905 around 388.000 citizens. Gerhard, you have indeed something here which I envy you for. Congrats! 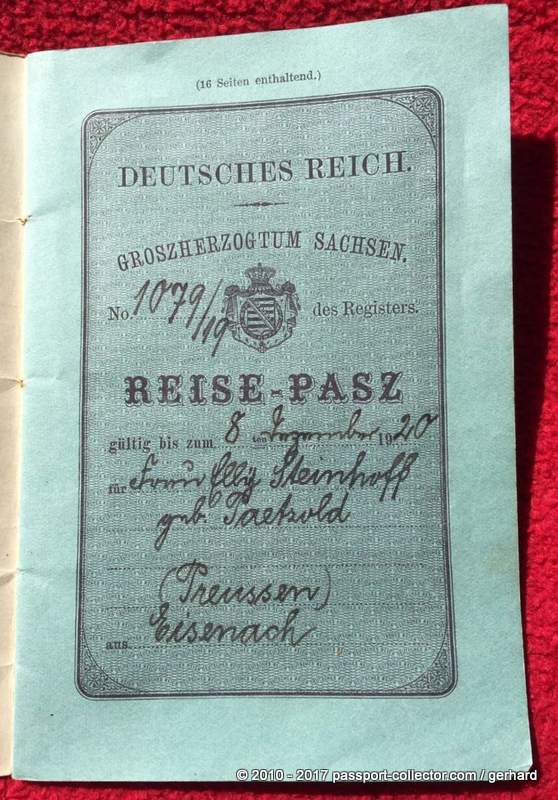 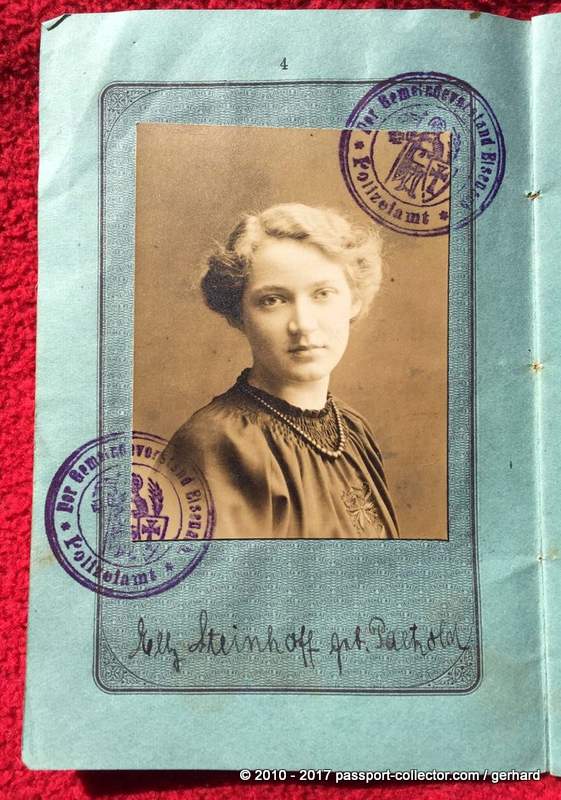 Helmut Käutner’s Passport – Important German Film Director I randomly found his passport offered at an antique shop. Unfortunately, the condition is bad and the seller’s price was quite high. However, Käutner is one of the most important directors of… 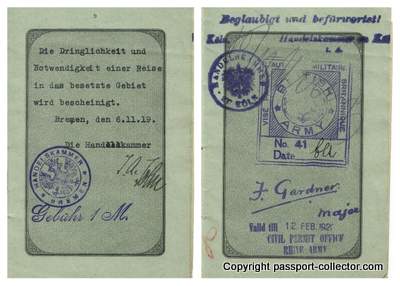 The following passport of Bremen is gripping by several aspects. First of all, the Free City of Bremen is a rare type when it comes to passport booklets. The second remark is about citizenship. The passport is from Bremen, but…