As a collector of German travel documents, it is not always easy to read a passport’s handwriting, especially when you have documents before the 19th century. Well, I guess said is valid also for other collectors and their collection area. old german language

The old German language is handwritten in “Kurrent,” which is a form of late medieval cursive writing, also known as Kurrentschrift or Alte Deutsche Schrift (“Old German script”). Over the history of its use into the first part of the 20th century, many individual letters acquired variant forms. old german language 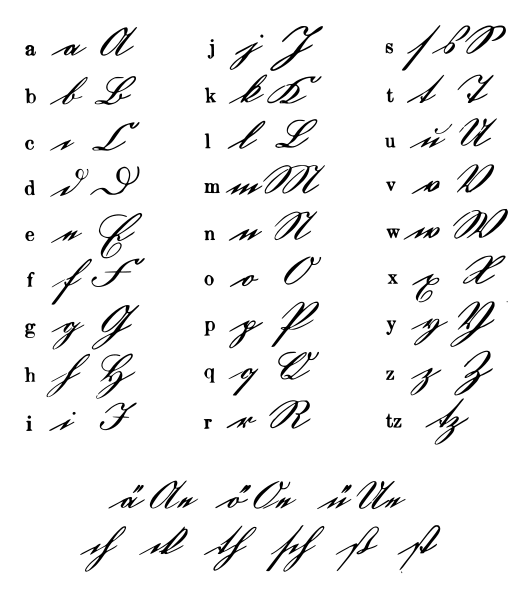 Sütterlin is a modern script based on Kurrentschrift that is characterized by simplified letters and vertical strokes. It was developed in 1911 and taught in German schools as the primary script from 1935 until 1941. Then it was replaced with “normal German font,” which is sometimes referred to (correctly but confusingly) as “Latin font.” old german language

One of my latest acquisitions is a passport from the city of Neumünster (North Germany) issued 1811, printed form, but the personal details are handwritten, of course. The picture below helped me to read the text. There you can see examples of the single handwritten letters in “Kurrent.”

It`s a learning process, and it takes time to get “fluent” in this old German language handwriting, but it`s also fun and educating.

Here you can learn Suetterlin – the “German handwriting”

Suetterlin script: a script, created by the Berlin graphic artist Ludwig Sütterlin (1865-1917), which was taught from 1915 to 1941 in German schools. It is also called “the German handwriting”. The writing is a standard form of the earlier and very different chancery writing which was mainly used by government officials.

People of an older generation often cannot write any other way and yet both the postman and the grandchildren have trouble reading their envelopes and letters written in this script. When old family documents are taken out or church books are to be read, the knowledge of this writing is absolutely necessary.

During the reading lessons we begin with the last level of the “Suetterlin script”, which is also known as “the German handwriting” – and then turn to the old chancery-writings, in German called “Kurrentschrift” or “Kanzleischrift”.

Suetterlin writing is rarely written precisely since it occurs almost only in handwriting. Even an experienced reader must first get used to the specific handwriting until the text becomes understandable.

Special German characters: ä, ö, ü have two dots above. In the Middle Ages, it was a tiny “e” above, this is similar to two tiny strokes (compare the Sütterlin “e”). Nowadays there are two dots. If you have no ä, ö, ü on your keyboard, you may replace it with ae, oe, ue and it is still understandable, e.g. Doerling is the same as Dörling. The “ß” that looks like “B” means “ss” and can understandably be replaced with “ss”. 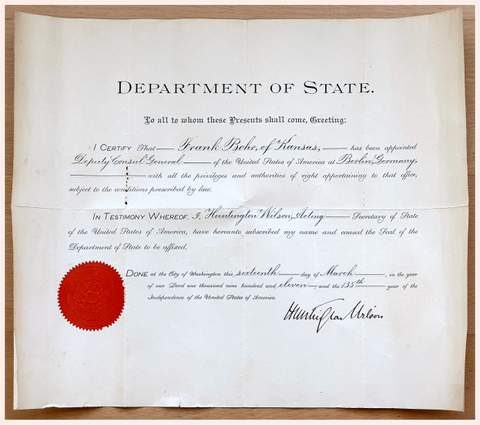 Appointment Credentials Consul Bohr Frank Bohr served in the Department of State for 26 years from 1909 until 1935. These are three of his diplomatic appointment credentials signed by three different Secretary of State. For a passport collector, it is… 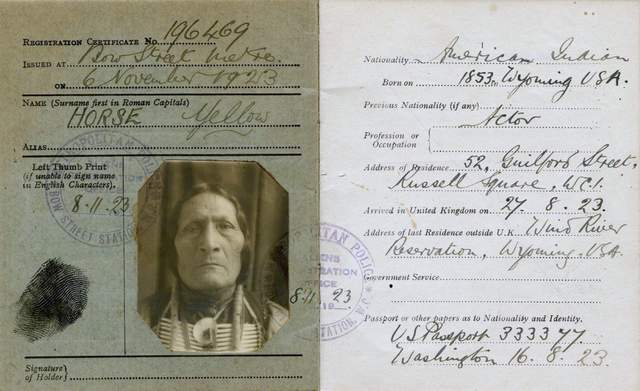 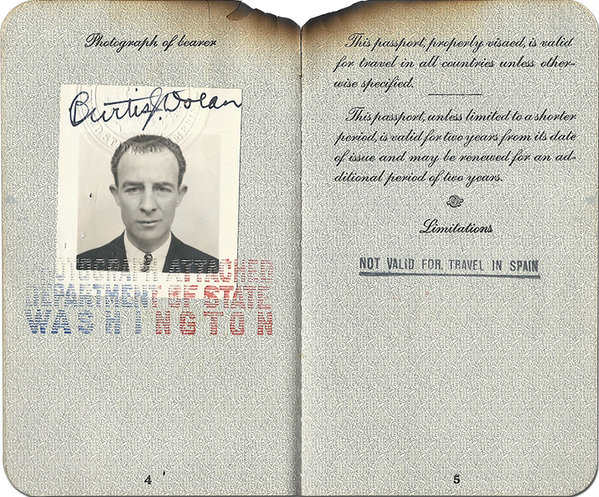