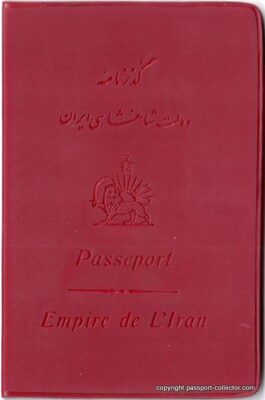 SAMO-EIL SOLAIMANI, a clerk, born in 1925, travels with his wife, daughter, and two sons to ISRAEL in October 1969 from Mehrabad international airport in Tehran to Israel. It’s possible the family immigrated to Israel as I don’t see any stamps of their return to Iran. The Israeli visa also has an exciting revenue (?) stamp, which is hard to find in passports.

Persian Jews or Iranian Jews (Persian: یهودیان ایرانی‎, Hebrew: יהודים פרסים) are Jews historically associated with the Persian Empire, whose successor state is Iran. The Biblical Book of Esther contains references to the experiences of the Jews in Persia. Jews have had a continuous presence in Iran since the time of Cyrus the Great of the Achaemenid Empire. Cyrus invaded Babylon and freed the Jews from Babylonian captivity. Iranian Jewish Family Israel

Today the term Iranian Jew is mostly used to refer to Jews from the country of Iran. In various scholarly and historical texts, the term is used to refer to Jews who speak multiple Iranian languages. Iranian immigrants in Israel (nearly all of whom are Jewish) are referred to as Parsim (Hebrew: פרסים‎ meaning “Persians”). In Iran, Jews and Jewish people, in general, are referred to by four standard terms: Kalīmī (Persian: کلیمی‎), which is considered the most proper term; Yahūdī (یهودی), which is less formal but correct; Israel (اسرائل) the term by which the Jews refer to themselves; and Johūd (جهود), a term having negative connotations and considered by many Jews as offensive.

Nowadays, the vast majority of Persian Jews live in Israel and the United States, especially in Los Angeles, Beverly Hills, and on the North Shore of Long Island. According to the latest Iranian census, the remaining Jewish population of Iran was 9,826 in 2016. Iranian Jewish Family Israel

The document is in unusually excellent condition and has 64 pages. There are colorful revenue stamps on page six. A beautiful travel document of a family of five and a document that is not often to spot, especially not such of Iranian Jews.