These Jewish Austrian Passports For Two Families Going To Palestine were at an auction but unfortunately, I missed them. My congrats to the buyer who grabbed these historical travel documents related to the Nazi-Germany oppression of Jews for his collection. 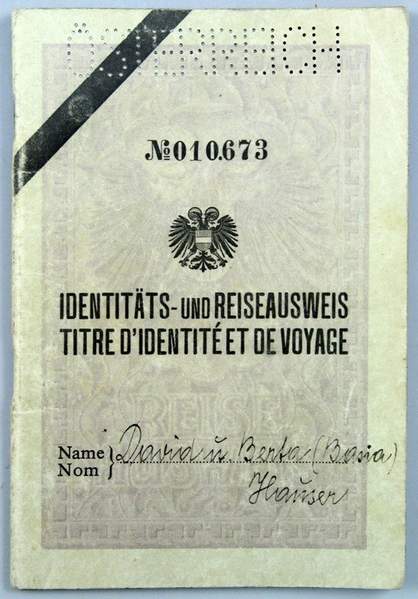 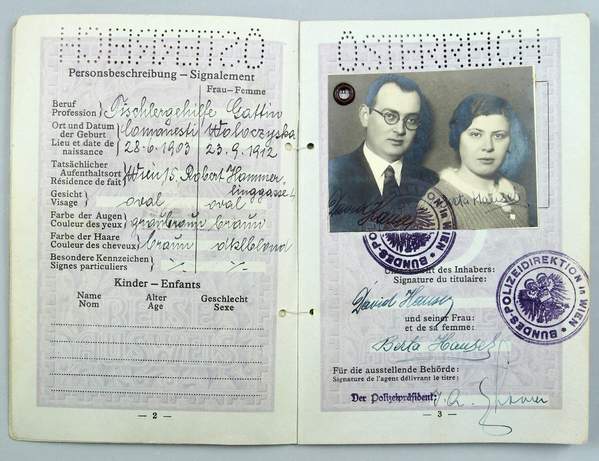 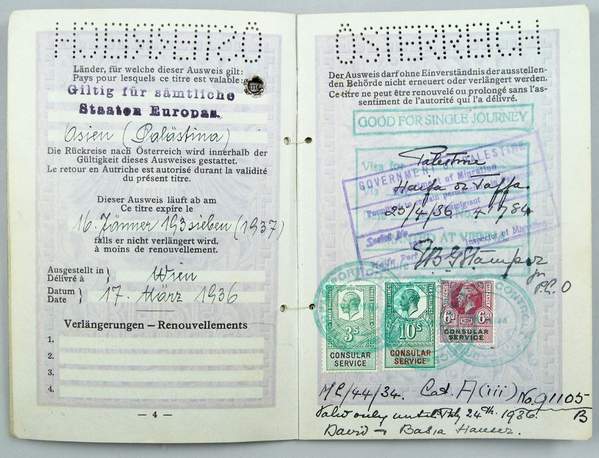 The passport type is rare to find as it´s actually an “Idenditäts- und Reiseausweis” (a travel document valid for a single trip) here for a single journey to Palestine. Especially the passport with the family picture of four people is lovely. Both passports having a British visa for Palestine including revenue stamps and the arrival stamp from Palestine. These two families did the right decision early to emigrate to safe haven in Palestine in early and mid-1936 as later it was becoming for Jews day by day more difficult to escape. 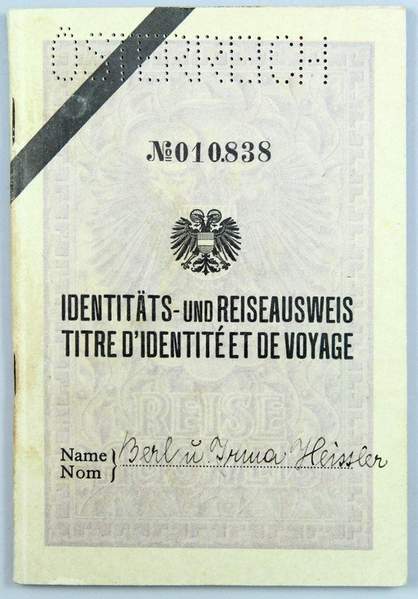 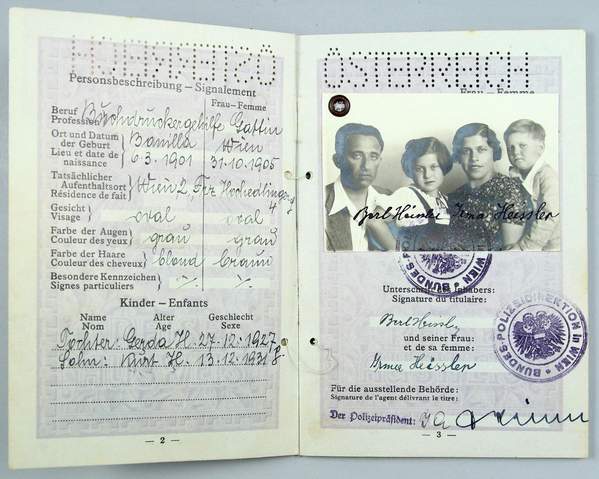 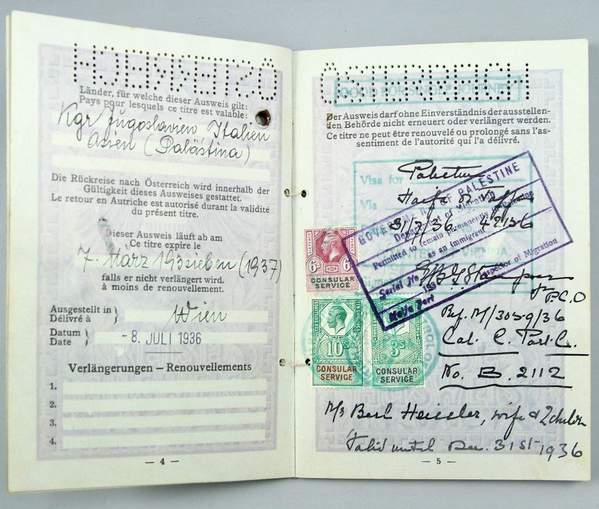 After the Anschluss, many Jews tried to emigrate out of Austria. The immigration center was in the capital of Austria, Vienna, and the people leaving were required to have visas and documents approving their departure in order to get out of the country. They were required to leave everything of value in Austria. To leave the country, high “taxes” had to be paid. Emigrants hurried to collect only their most important belongings and the departure fees and had to leave behind them everything else. Most Jews who remained ended up being killed in the Holocaust.

In 1939 the Nazis initiated the annihilation process of the Jewish population. The most notable persons of the community, about 6,000, were sent to the Dachau and Buchenwald concentration camps. The main concentration camp in Austria was the Mauthausen Concentration Camp, which was located next to the city Linz. Many other Jews were sent to the concentration camps in Theresienstadt and Łódź and from there to the Auschwitz concentration camp. In the summer of 1939 hundreds of factories and Jewish stores were shut down by the government. In October 1941 Jews were forbidden to exit the boundaries of Austria. The total number of Jews who managed to exit Austria is about 28,000. Part of the Vienna Jews was sent to the transit camp Nisko in Nazi-occupied Poland. At the end of the winter of 1941, an additional 4,500 Jews were sent from Vienna to different concentration and extermination camps on the territories of Nazi-occupied Poland (mainly to Izbica Kujawska and to other ghettos in the Lublin area). In June 1942, a direct delivery exited the city to the Sobibor extermination camp, which had around one thousand Jews. In the fall of 1942, the Nazis sent more Jews to the ghettos to the towns of the cities they occupied in the Soviet Union: Riga, Kaunas, Vilnius, and Minsk. Those Jews were murdered by Nazi soldiers mainly by gunshots. 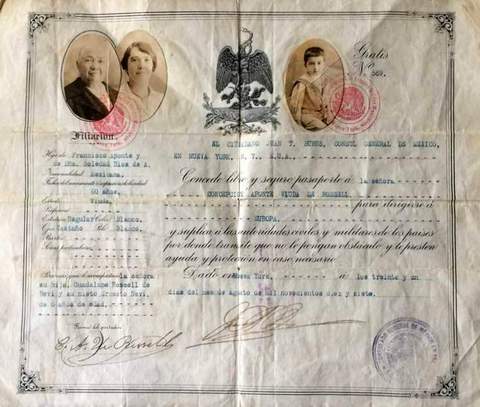 BEING A MESSENGER MAY BE A DANGEROUS JOB Kings Queens Messenger Passports Although modern diplomatic relationships between nations are delicate enough at any time, they are doubly so in the time of war, and should, for example, a ciphered letter…