Grand Duchy Oldenburg Passport
The Grand Duchy of Oldenburg was a German Confederation region re-established by the Congress of Vienna in 1815. During the Danish-German War of 1864, Oldenburg was neutral – neutrality was, however, violated by the Prussian troops (“Storming of the Schwartauer Schlagbaum”). It sided with Prussia in the German War of 1866, joining the North German Confederation. It became a constituent state of the Empire after that. The Grand Duke abdicated on November 11, 1918, and the Free State of Oldenburg was created. 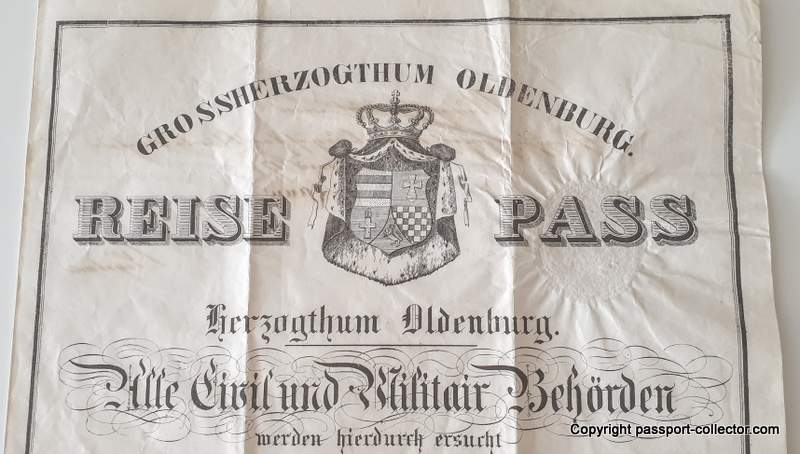 Passports of Oldenburg are pretty rare to find. Over time, I have seen only a few old large folio types but only 2-3 passport booklets of the German Empire. I am lucky to hold, in fact, three types: Folio, German Empire, and the Free State of Oldenburg. 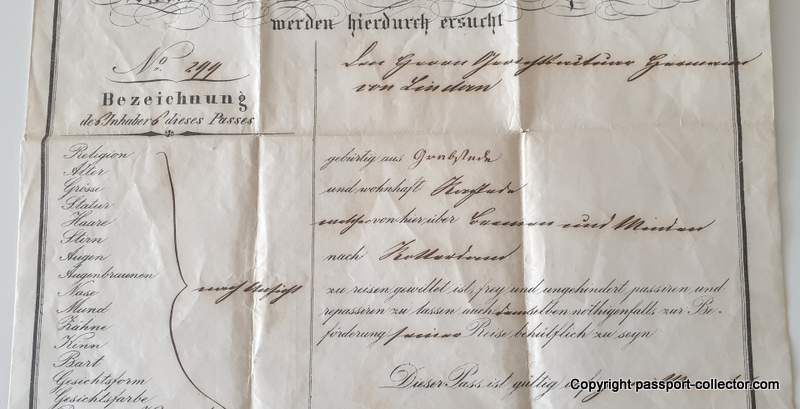 The following passport of the Grand Duchy of Oldenburg was issued during the German-Danish War, making the travel document even more particular. The document is 157 years old and in excellent condition. 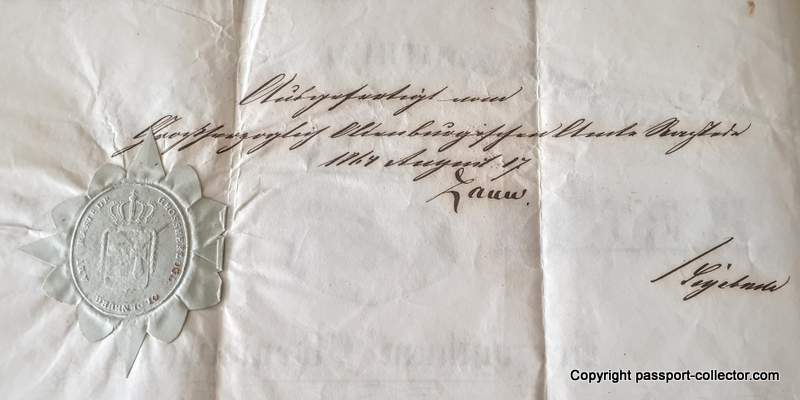 Even the dry-paper seal on the back is fully intact and crisp. 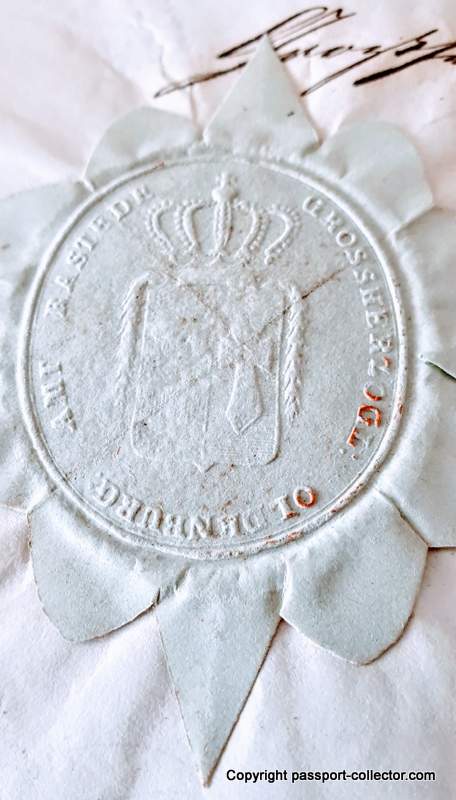 The German-Danish War, which lasted from February 1, 1864, to October 30, 1864, was a military conflict centered on the duchies of Schleswig and Holstein, especially the duchy of Schleswig’s national affiliation. Prussia and the Austrian Empire on the one side, and the Danish state as a whole on the other, were the war’s adversaries. The war is known as the “Second Schleswig War” or “Second Schleswig-Holstein War” in contrast to the Schleswig-Holstein Uprising, and it is the first of the three German Wars of Unification (1848-1851). Grand Duchy Oldenburg Passport

Following Schleswig, Prussia and Austria annexed the whole of the Danish peninsula of Jutland, bringing the war to an end. The Danish king gave the duchies of Schleswig, Holstein, and Lauenburg to the two main German forces in the Vienna Peace. Until 1866, they administered the duchies as a condominium. The German War between Austria and Prussia broke out in the summer of 1866 as a result of disagreements about the future of the Elbe duchies. Following the Prussian victory, Schleswig-Holstein became a province of Prussia. Grand Duchy Oldenburg Passport