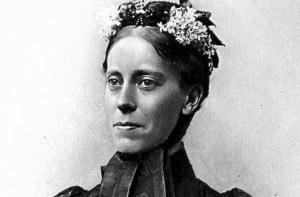 Imagine it’s 1893 and a young woman, just at age 30, from London wants to travel to the West coast of Africa – Alone!

Deep in the heart of Gabon, in what used to be French Equatorial Africa, an Englishwoman, and two six-foot, painted Fan warriors came upon a family of gorillas. The females and young gorillas swung away into the trees. The angry male started towards the three humans, roaring ferociously.

When the male was only twenty yards away, the woman asked one of the warriors why he did not fire. “I must wait,” he replied. “The other man’s powder is wet!” And wait he did, until the gorilla was only inches away from the muzzle of his old rifle. Then he fired, and the beast fell dead at their feet.

The woman was Mary Kingsley, explorer, naturalist and champion of the African. The writer Rudyard Kipling said of her: “She must have been afraid of something, but one never found out what it was.”

Mary Kingsley was born in 1862, the niece of the famous author, Charles Kingsley, and the daughter of a doctor who spent much of his life traveling. It was from her father that Mary inherited her love of adventure. Finally, he settled down, and Mary spent several years nursing her ailing parents, who both died in 1892. Then, grief-stricken though she was, she was free to follow her life’s ambition and visit Africa – the Dark Continent, as it was then called.

It was an unusual ambition for a woman in those days, mainly as Mary wanted to go to West Africa, which, because it was fever-ridden, was known as the ‘White Man’s Grave,’ and where cannibals roamed the interior. Travelers brought back alarming tales of savagery, but Mary was a right Kingsley and packed her bags, eager to get there as soon as possible.

She had learned all she could about the country she was going to, mainly from West African traders she had met. Even the fact that most of their stories about their friends ended with the words, “He’s dead now!” failed to daunt her spirits. She set out in 1893 – to collect rare fish and insects, to study native superstitions and, above all, to see Africa and meet Africans. Mary Kingsley Fearless Explorer

She sailed from Liverpool after the booking clerk had told her it was unusual to book return tickets! The captain soon discovered what a worthy person she was, and advised her in every possible way. So did the passengers: they had never met anyone like her – in those days the only white women in West Africa were missionaries and the wives of officials.

Even the smell of rotting vegetation as they entered the rain belt of the African coast, and a sudden tornado, did not damp Mary’s excitement. Soon she was stepping ashore – at Sierra Leone, then the Gold Coast, and on down to Loanda, in Portuguese Angola.

She traveled overland from, Loanda to Calabar in Nigeria. She always dressed in a white blouse, a long black skirt and a hat. She fished in rotting mangrove swamps, where the mud smelled ‘strong enough to break a window,’ and huge mangrove flies attacked her. She fell into filthy water trying to catch a ferocious cat-fish and became an expert on crocodiles and hippopotami.

Once, when beetle-hunting alone, she came upon seven fantastically dressed men sitting silently on the ground. She thought they were members of one of the dreaded African Secret Societies, and for a woman to see such a meeting meant certain death. Mary Kingsley Fearless Explorer

She fled, but it was too late. She was captured and put against a tree. All was well, however. The men were engaged in nothing worse than a monkey hunt, which explained their strange clothing and silence. Dressed and sitting; thus, they caused the monkey’s curiosity to get the better of them. The monkeys came down from the trees and were killed with arrows.

After a trip home, where her fish specimens delighted the British Museum, Mary Kingsley returned to Africa. She was now ready for anything. Camping near a captured leopard, she became so upset by its cries that she started dragging up the stakes holding the ropes of the trap. The leopard ripped her clothes from top to bottom, but she freed it. When it turned on its rescuer, she shouted, “Go home, you fool!” – and it obeyed.

For her voyage up the River Ogowe, in French Gabon – her main project on this trip – she learned to handle a native canoe. But the rapids were hazardous. Sometimes they could not round the bend. The headman would shout: “Jump for the bank, Sar!” and Mary and half the crew would jump.

“One appalling corner I shall never forget,” she recalled, “for I had to jump at a rock wall and hang on to it in a manner more befitting an insect than an insect-hunter, and then scramble up into a close-set forest heavily burdened with boulders . . . While I was climbing, the crew were busy shouting and hauling the canoe round using the stout chain fixed to the bow. When this was done, we got again and paddled away until we met our next affliction.”

Mary was then in the country of her favorite tribe, the Fans. They were cannibals, but that never alarmed her, and she respected them for their bravery. In fact, her guides were Fans. Mary Kingsley Fearless Explorer

She finished her journey by scaling the mountain Mungo Mah Lobeh – the Throne of Thunder, the Great Peak of Cameroon. The men she had with her on this expedition had none of the courage of the Fans, and tornadoes on the climb made things worse. But she reached the summit and got her party back unharmed.

Mary returned to England, and for the last five years of her short life fighting for African rights. She was a born rebel. She admired individual missionaries, like Mary Slessor, the heroic ex-factory girl from Dundee who dominated a vast area of Nigeria, but she objected to the missionaries ‘wasting time’ dressing Africans as Europeans and teaching them to read when helping them with their agriculture was more urgent. And at a time when even some bishops could only speak ill of the Africans, she showed that an unarmed white woman could live in complete safety among them.

Mary Kingsley shook Victorian England by saying that witch doctors did more good than harm and that the cannibal tribes were the finest in Africa. She understood the fears and beliefs that dominated African lives. She never suggested that terrible things did not happen in Africa, but she wanted the Africans to be recognized. Her books and lectures made her famous and influential.

Mary Kingsley died aged thirty-seven, nursing South African prisoners during the Boer War. She was mourned not only as a national heroine but also as a fantastically brave ‘character’ who could get rid of a hippopotamus threatening to upturn her boat – by tickling it behind the ears with an umbrella!

Necessity Of Passports For Alien Women Immigrating To USA 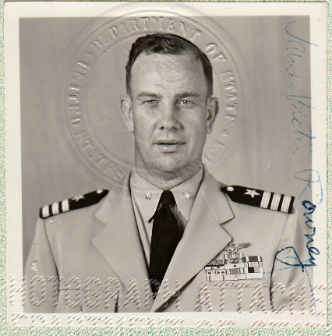