The passport history of the German Democratic Republic (GDR) is a brief one, but most interesting. While the GDR released it’s first passport act only in 1955, six years after it’s foundation, the very last passports must have been issued mid 1990. The BERLIN WALL was already open and the unification was on it’s brink. While I have seen many passports issued in January and February 1990, a few in March 1990 but so far never later. But this one was issued on July 26, 1990 around three months before the German unification. So far I would say it is indeed one of the very last issues. If you should have knowledge of even later issued passports I would be glad if you let me know. 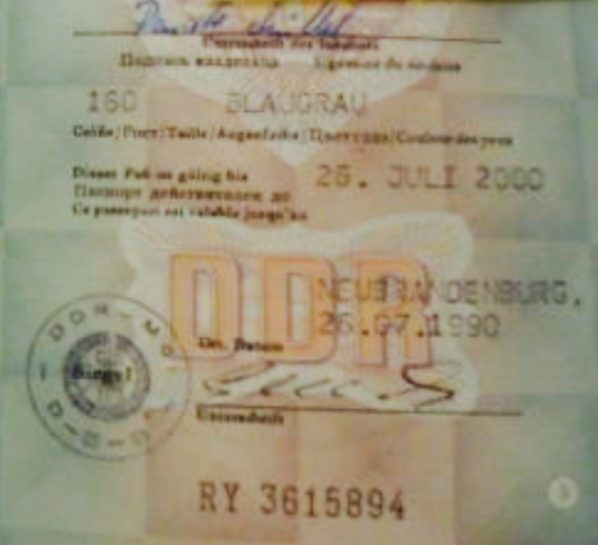 East German passports (German Democratic Republic, GDR) are nice and still affordable collectibles and in my opinion underestimated by collectors. Why? Till mid 80’s the people did rarely held a passport as they were heavily restricted to travel outside GDR. Passports issued in the 60’s and 70’s are already hard to find but the newer ones are still cheap and almost in new condition. Mielke’s passport was sold some years ago > read the earlier article here…


In meantime I could add the diplomatic passport of Günter Mittag (member of parliament, secretary of the Socialist Unity Party of Germany (SED), and a central figure in the German planned economy) to my collection.

SOTHEBY’S, London, 14th July 2011, LOT 91 – JOYCE, JAMES James Augustine Aloysius Joyce (2 February 1882 – 13 January 1941) was an Irish novelist and poet, considered to be one of the most influential writers in the modernist avant-garde…