My first day at the archive started with this binder, which the archive just got back from Mexico. You see here the cover sheet, which lists the inventory of the binder. Did you recognize the thirteen (13) NASSAU passports? Every collector (at least when you collect German documents) would be happy to have one single piece of the German state of Nassau, but there were 13 (!) and all in excellent condition.  The same is valid for Anhalt-Dessau. Prussian passports are rather ordinary, but also here I found some interesting items as they were issued to travel to Mexico and the USA, which is not often seen between 1834-1854. The Hamburg police passport of 1849 is also in excellent condition and a beautiful example. 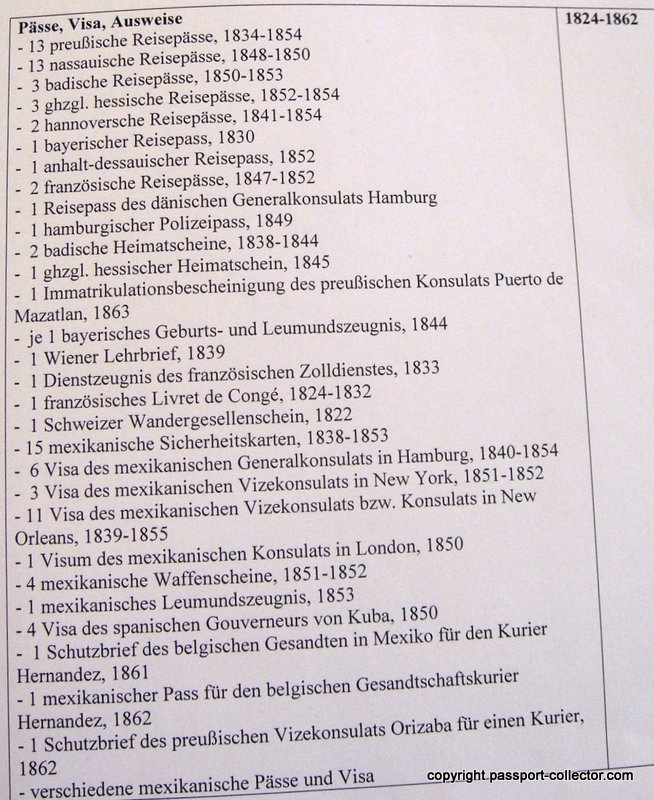 The Political Archive is the ‘memory’ of the foreign service. It has preserved the files on German foreign policy since 1867, as well as the international treaties signed by the Federal Republic of Germany and its predecessors in title. Political Archive Mexican Binder

The Political Archive is a public archive and is open to everyone following legal regulations. An archive database, inventories, and other search tools are available in the reading room. A complete overview of all archival material with detailed information is available online at the Archives Portal Europe. Political Archive Mexican Binder

Every year, an independent team of editors from the Institut für Zeitgeschichte (Institute of Contemporary History) publishes a selection of key documents from the Archives as “Akten zur Auswärtigen Politik der Bundesrepublik Deutschland” (Documents on the foreign policy of the Federal Republic of Germany). The current volume (2016) is in the year 1985. The series is available in bookshops. 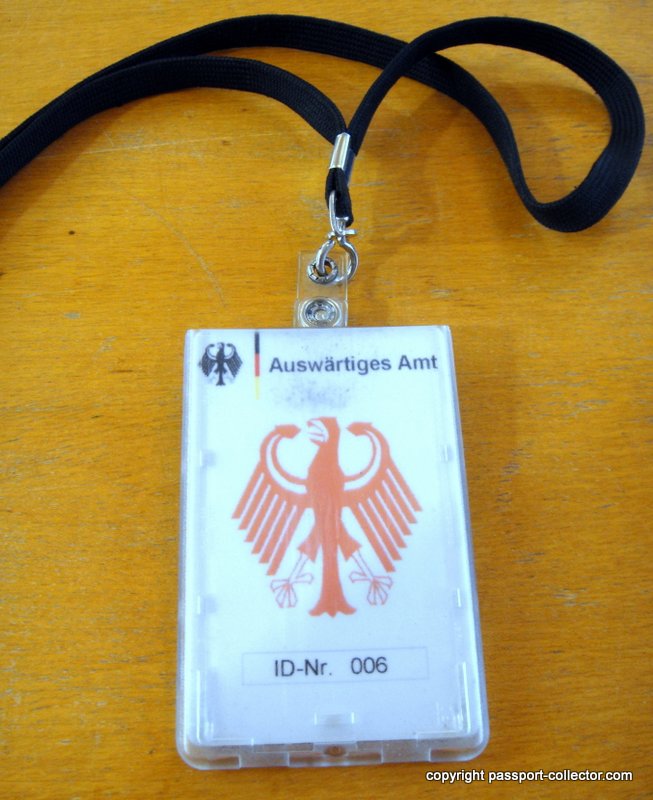 I got fantastic support from the archive staff, especially from Dr. Keiper, who took his time to met me in person and to give me an introduction in the files presented. Thank you very much! By the way, I got the permission to display the photos from the archive.

Visit the Political Archive of the German Foreign Office in Berlin, Part II

4 thoughts on “Passport-Collector.com at the Political Archive – The Mexican Binder”