Between 350,000 and 500,000 Soviet soldiers were stationed in the GDR – more than anywhere else outside the borders of the USSR. The duration of military service was initially three, later two years. During this time, the soldiers hardly ever left their barracks. Military drills and violence marked their everyday life.

It is surprising to find a passport of a Red Army soldier who was stationed in East Germany (GDR) during the Cold War from 1977-to 1980. As mentioned above, up to 500.000 Soviet soldiers were stationed in the center of Germany and Europe for 40 years. And still, to find such a critical travel document of the Soviet occupation of (East) Germany is pretty rare. The reason seems obvious. They needed the travel document to return home. Passport USSR soldier GDR

Up to 120 men in one team room, hardly any free time, miserable supplies – and once a week showering day: The life of the Soviet soldiers stationed in the GDR was complicated and full of deprivation. The recruits who had to do their military service in the GDR often came from the non-European republics of the Soviet Union – they were supposed to feel completely alien to their stationing places. For weeks they were brought to the GDR, often in cattle cars. Usually, it was only here that they learned which city they were to serve in. But everyday life was the same everywhere anyway: A strictly organized daily routine and an essential ban on contact with the outside world, and vacations and going out was a rarity.

In an interview with the historian Thomas Ammer in the early 1990s, a former officer said: “Officially, every unit has a duty roster displayed, but in reality, it only exists on paper. In particular, there is no fixed end of duty, nor is there a guaranteed free weekend. Free time – in practice, this often means participation in certain services in the unit. This means being present in the unit. […] A term like that of a day off was considered downright indecent.” Passport USSR soldier GDR

On average, a simple soldier received a monthly payment of about one ruble per day (about three GDR marks) and up to 25 GDR marks. Of the maximum of around 100 GDR Marks, things like cigarettes and chocolate had to be paid for and essential items such as food and washing utensils – because the supply in the barracks was meager. After their escape at the beginning of 1987, two deserters told West German television: “The food of the ordinary soldiers is miserable in every respect. I would not even give something like this to my dogs: Porridge, just porridge – morning, noon, evening, always porridge.”

The health care of the soldiers was similarly poor. A deserter told at the time that in army hospitals, “one is not cured, but only prevented from dying. For example, in the summer of 1986, I had an appendectomy. It was cut out without any anesthetic.

But the poor supply was only one of the soldiers’ burdens. Especially under the harassment of the higher ranks, many young men suffered visibly; not a few broke or risked dangerous escape attempts. The “Dedovshchina,” the “rule of the grandfathers,” stood for the systematic suppression of recruits by the higher ranks. It was characterized by brutality and coercion, even rape and murder. According to estimates by the parliamentary group Die Grünen/Alternative List in 1990, up to 4,000 Soviet soldiers per year had died in the GDR – through accidents, excesses of violence, and suicides. Passport USSR soldier GDR

But criminal assaults by Soviet army soldiers outside the barracks were also part of the daily routine. Stasi files reveal some 27,500 offenses committed by Soviet military personnel on GDR territory between 1976 and 1989 alone, including many traffic offenses and thefts and murder, assault, robbery, and rape. However, the GDR judiciary could not prosecute a Soviet soldier who had committed a criminal offense. The Thuringian criminal police officer Klaus Dalski confirmed: “Our investigations stopped at the barracks’ gate. Instead, crimes committed by their men were often punished by the supreme commanders with draconian measures – up to the death penalty.

One of the few pleasant changes in the life of the soldiers was the “prescribed” contacts with the GDR citizens. Personal initiative was forbidden, but small delegations of the most exemplary soldiers were regularly sent to holidays and political events in Germany’s neighboring countries: to pioneer afternoons at the samovar, small concerts in houses of culture, slide shows about the Soviet Union and matryoshka painting lessons with the youngest children – the “Society for German-Soviet Friendship” (DSF) made it possible. But outside of these prescribed dates, the soldiers remained largely isolated. Passport USSR soldier GDR

Further “contacts” with the GDR citizens were more likely to occur through adverse events: Villages near military training and firing ranges were constantly exposed to the danger of ricochets and misdirected grenades. In Gossel, Thuringia, the spire of the church was shot away. In Schwerin, in the mid-1980s, there was even an “explosion of an ammunition depot lasting several hours,” as was stated in a letter from the Schwerin district administration to the Ministry for State Security. In March 1989, two children died when a bullet exploded in a wild garbage dump. Two months later, two more children died after they found uncleaned ammunition in a military training area, and it exploded.

1989 placed the GSSD (Group of Soviet Forces in Germany) in a dramatic situation. Suddenly it threatened the wall opening the soil under the feet to break away. The Two Plus Four Treaty established the withdrawal of Soviet troops by 31 December 1994, later brought forward to 31 August 1994. The undertaking turned out to be a significant logistical task that lasted three years and eleven months. Five hundred forty-six thousand two hundred soldiers and officers and their families had to be returned to Russia. In addition, there were more than 120,000 heavy weapons and other military equipment – a total load of 2.7 million tons.

For the soldiers, returning home proved difficult, as they went into a crumbling empire that suffered great economic difficulties after the failure of socialism. The Western group of the Soviet Army left behind a burden that the reunified Germany still has to bear today: dilapidated barracks, contaminated land, piles of garbage, and ammunition left behind. So what could be more evident than to take everything with them that was not nailed down when they left the barracks? Colonel-General Matvej Burlakow later wrote in his notes on the withdrawal: “I demanded that the commanders handle material values with care and take everything with them, if possible because practically everything could be used at the new base in Russia.

The last tank, which left the GDR in 1994, said, “Farewell Germany – forever! – based on the “Farewell Song of the Russian Soldiers,” which Colonel Gennady Luschetzki wrote at that time: “Germany, we reach out our hand to you – and return to the fatherland. The homeland is ready to receive you. We remain friends – always! We should build our future on peace, friendship, and trust. The duty fulfilled! Farewell, Berlin! Our hearts go home.”

A standard red passport was issued in 1976 to a 20 years young soldier stationed in East Germany from 1977 to 1980. Seventeen pages and several with entry/exit stamps USSR and GDR (DDR). An excellent document of passport history during the Cold War. 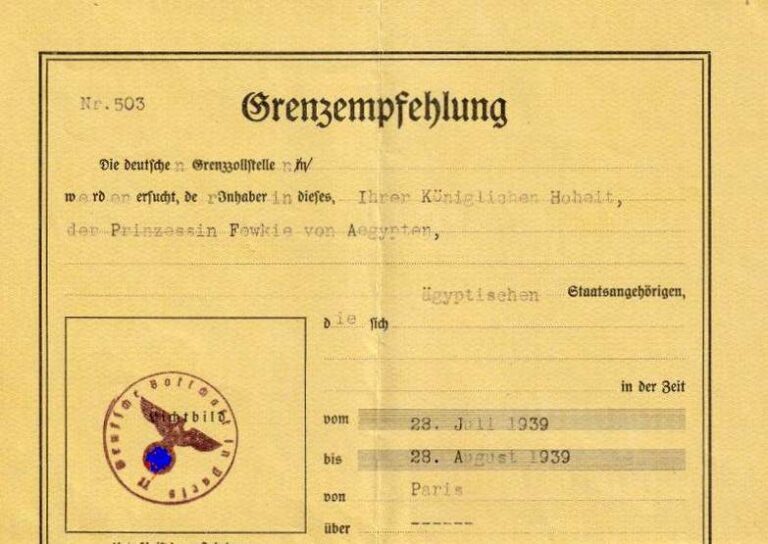