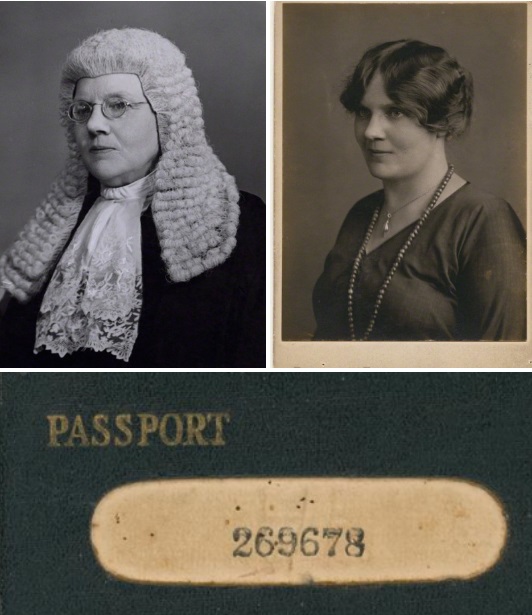 Born on 14 December 1882, Helena Florence Normanton was a Suffragist, writer, barrister, and activist for much of the early-20th century.

According to the DNB, Normanton

After developing the “ambition of becoming a barrister at the age of twelve during a visit to a lawyer with her mother,” and “[d]espite the many barriers Helena forged a successful legal career that included some notable ‘firsts’” — earning her the epithet of the ‘Pioneering Barrister’:

Even after her legal career came to a close “[a]fter the Second World War she remained active in feminist circles as a member of the Six Point Group and the Council of Professional Women. Her irrepressible activism continued and, maintaining her long standing pacifist beliefs, in 1953, aged seventy, she marched in a women’s demonstration against the atom bomb” [DNB].

Normanton — born the same year as Virginia Woolf — died in 1957 at the age of 74, and was buried with her husband in Sussex.