And here comes the key point. The displayed passport was issued in 1875 when the NGC was already four years obsolete. This is quite unique!

* Imagine the United Kingdom would still issue passports with the wording “European Union”, four years after Brexit. Well wait – actually they do so, but only till the new passport planned for 2019 is coming and that would be well two years after Brexit then. 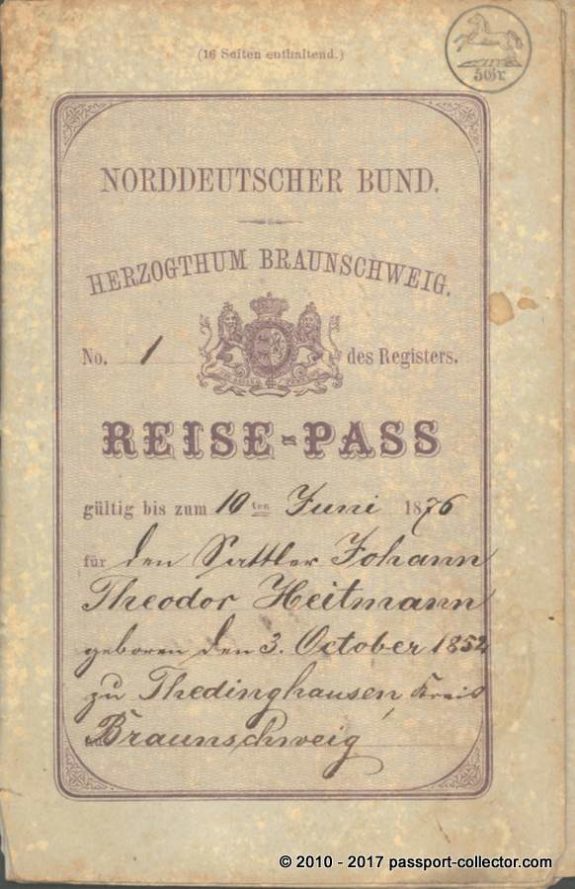