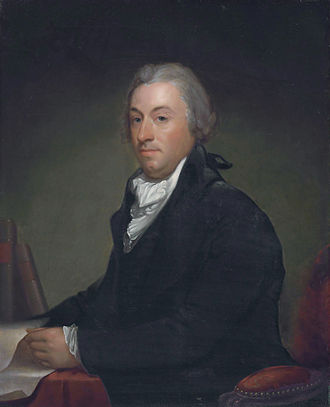 Robert Robert Livingston (November 27, 1746 (Old Style November 16) – February 26, 1813) was an American lawyer, politician, diplomat from New York, and a Founding Father of the United States. He was known as “The Chancellor”, after the high New York state legal office he held for 25 years. He was a member of the Committee of Five that drafted the Declaration of Independence, along with Thomas Jefferson, Benjamin Franklin, John Adams, and Roger Sherman.

“We have lived long but this is the noblest work of our whole lives … The United States take rank this day among the first powers of the world.”

During his time as U.S. minister to France, Livingston met Robert Fulton, with whom he developed the first viable steamboat, the North River Steamboat, whose home port was at the Livingston family home of Clermont Manor in the town of Clermont, New York. On her maiden voyage she left New York City with him as a passenger, stopped briefly at Clermont Manor, and continued on to Albany up the Hudson River, completing in just under 60 hours a journey which had previously taken nearly a week by sloop. In 1811 Fulton and Livingston became members of the Erie Canal Commission. 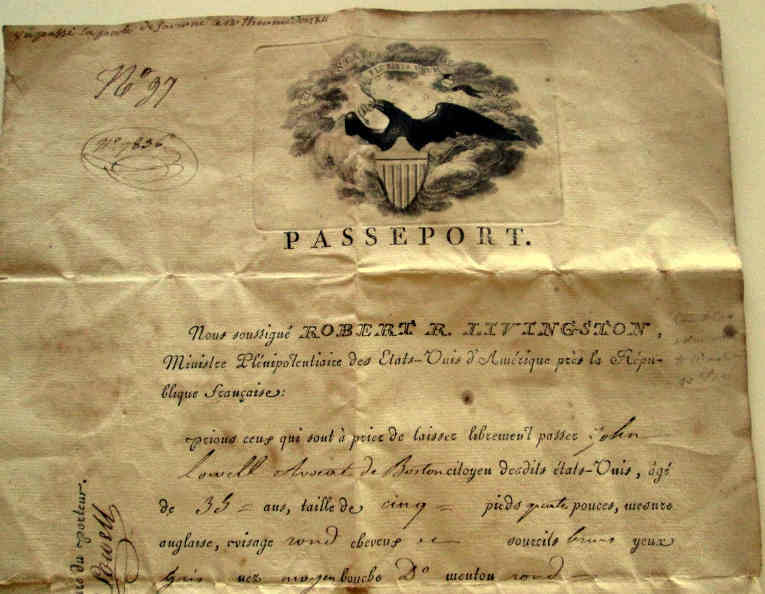 This passport would be a significant travel document of any passport collection. Four visas on the back showing travels to Germany and France. Congratulations to the seller and the buyer who spend $3000 on this beautiful item. 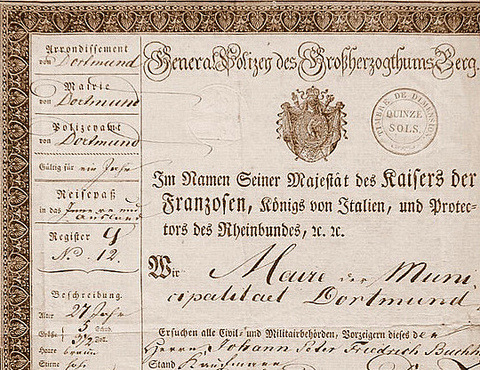 German Passport Haifa The following lot, I found by chance and bought it instantly. The story here is about a Germans couple during the British Mandate in Palestine which includes not only a German passport issued at the consulate in…