Victor Iamandi was born on 15 Feb 1891 in Hodora village, town Cotnari, Iasi county and died between 26 and 27 November 1940 in Jilava prison. He was a lawyer, professor, and politician. Bachelor of Law and the Faculty of Letters, History, University of Iasi (1913-19l4). Practice law and was appointed professor of history at the National High School in Iasi. PNL member (National Liberal Party) since the end of World War I, became a deputy in 1922 and has led several ministerial positions in the governments.

These are his two passports. 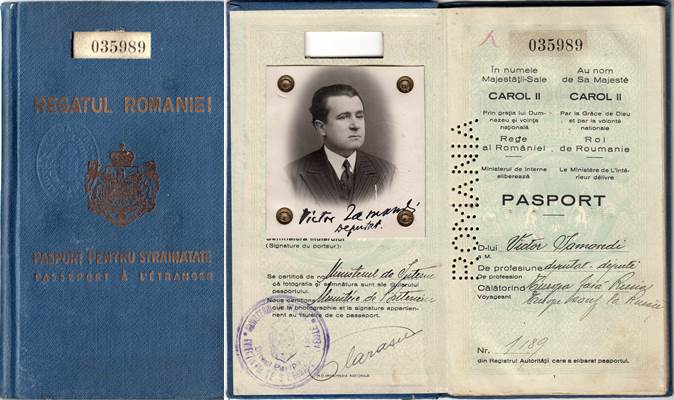 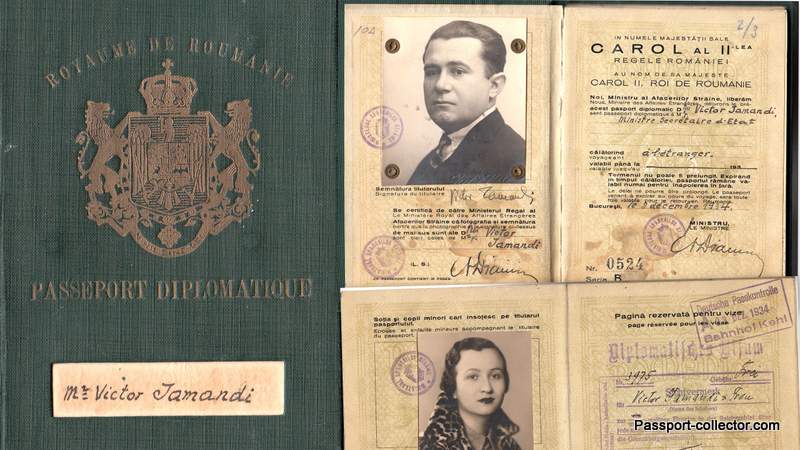