Who was John Lamb*?

John Lamb was a resident of Norwich, Connecticut, a ship’s captain, and a merchant. On January 10, 1785, Samuel Huntington wrote from Norwich to John Jay, Secretary for Foreign Affairs: “Capt. John Lamb of this Place will have the honor of delivering this Letter. He hath formed the Design of going to the Coast of Barbary where he is well acquainted, having made several Voyages to those Parts before the late War, and resided considerable Time in that Country. He is desirous to obtain some aid from Congress as a Protection, and willing to do any national Service for us in his Power. Capt. Lamb is a Gentleman of Fidelity and mercantile Knowledge, especially in the Marine Department, of an enterprising Genius and intrepid Spirit”.

Lamb submitted a petition (“…to form some treaty of amity and Commerce with the States of Barbary”) which was read before Congress on February 9, 1785, and on February 15 Congress appointed him United States representative to the Barbary States. Lamb was instructed to report in Europe to Thomas Jefferson and John Adams, both of whom had unwittingly named Thomas Barclay for the same position. A compromise was arranged by which Barclay was assigned the mission to Morocco and Lamb the mission to Algiers.

Both missions were unsuccessful. Lamb arrived in Algiers on March 25, 1786, with instructions to try to ransom twenty-one Americans who had been captured by the Algerians in June, 1785. He was unable to negotiate a treaty of peace, and in September, 1786, he was ordered to return to the United States. Lamb arrived in New York in April, 1788.

French royal passport documenting the very early relationships from the just founded United States with Europe. Lamb was one of the first US envoys to the “old continent”.

Document Signed “Louis, Fontainebleau, October 23, 1785, one page with verso docketing, includes translation which states, in part: “…let safely and freely pass Mr. Jean Lamb, deputy from the United States of North America to the Dey of Algeirs…We request and require all governing officers, military, of the law, and civil, to accord to him also in case of need all their favor and protection….” Retains wax seal with the royal arms. 14.25 x 9.25 in. folded. Condition: A few small splits the the folds; light foxing, else very good condition. 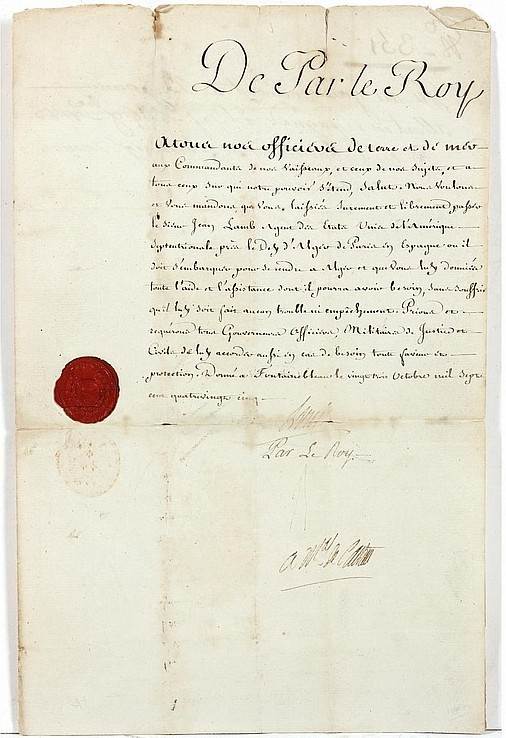 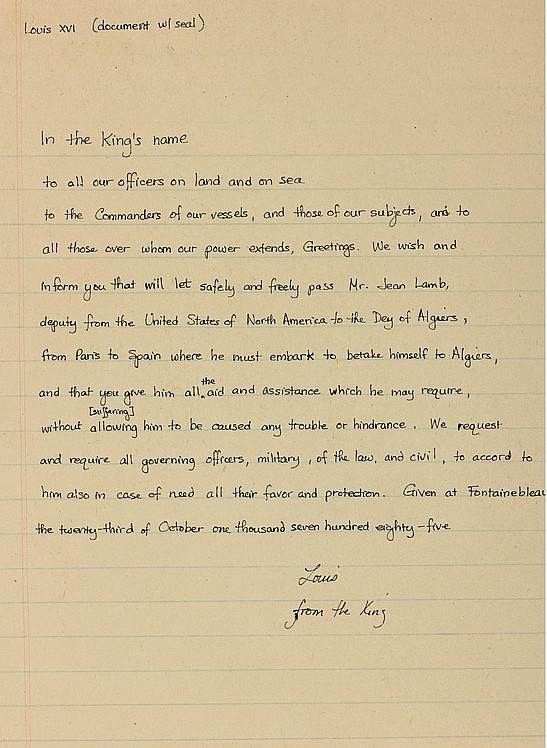 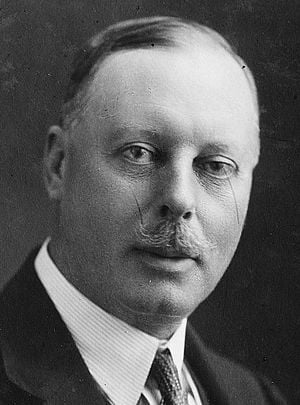 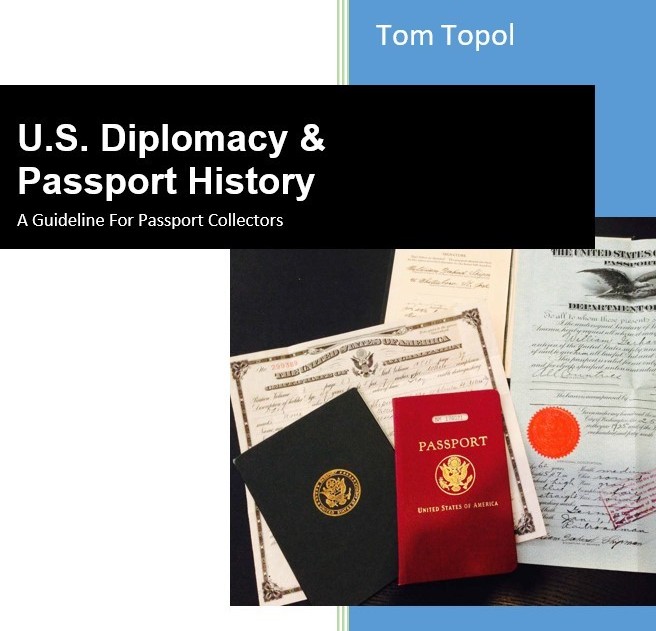