It all started systematically with a visionary Swiss businessman, Christian Kaelin, transforming a small wealth adviser firm into the leading player in a *$3bn global industry. (*2019, no current forecast found). The first CIP was established in 1982 by Tonga. citizenship sale

*The 1727 event I also could not verify. Another source is that it all began even in the 13th Century.

My article on this controversial topic aims to provide readers with sources from different parties who are much more into the subject than I am. My personal opinion is at the end of the article.

What is wrong with selling citizenship? It corrupts democracy! citizenship sale

Citizenship has two faces: one directed towards other states, the other one directed towards citizens inside the polity. The policy of selling EU passports to investors disfigures both faces. Members states do cash in on the added value of EU citizenship created by all the member states jointly rather than by themselves. The global inequality of birthright citizenships will be exacerbated instead of diminished if the most valuable citizenships are sold to wealthy elites. Internally, selling citizenship similarly corrupts democracy as vote-buying and once again links the presumptively equal status of citizenship to social class, just as income tests for naturalization do. As a union of democracies, the EU must be concerned when democracy is corrupted by the rule of money in any of its member states. Read more…

Citizenship by investment: the good, the bad, and the ugly

Some authors defend the sale of citizenship by pointing out that it is less arbitrary and more transparent than the principles of jus soli, jus sanguinis, or discretionary naturalization. Instead of stigmatizing the possible negative consequences, CBI should be strictly regulated and carefully monitored to avoid any risks of infiltration of organized crime groups in the economy, money laundering, corruption, and tax evasion. Additional requirements could be language competency, extended residency periods, and paying local taxes, irrespective of the time spent in the country. Read more…

Over the past decade, citizenship-by-investment schemes have enabled a growing number of nations, both large and small, to buttress faltering budgets. From European jurisdictions like Malta and Portugal to Caribbean island-states like Grenada and Antigua and Barbuda—and even over the past few years, countries including the U.S. and U.K.—the range of states offering these so-called “golden passports” or “golden visa” programs has only continued to swell. Read more…

Passport investment programs have financial integrity risks that must be managed

While not a new phenomenon—several countries have adopted “golden passport” programs over the years—the onset of the pandemic generated renewed interest. As countries closed their borders to slow the spread of COVID-19, a second passport became an ever-more-desirable commodity for those who could afford it. Price tags for a second citizenship—sometimes in only 30 days—range from $100,000 to $2.5 million. Antigua and Barbuda, Cyprus, Grenada, Jordan, Malta, St Kitts, and Nevis, and Vanuatu are among the many countries that have offered such deals. Read more…

Today in the Civil Liberties, Justice and Home Affairs Committee (LIBE), MEP Sophie in ‘t Veld presented her legislative own-initiative report on citizenship and residence by investment schemes, also referred to as” golden passports” and” golden visas,” operated by some Member States. The schemes, allowing for wealthy people to buy their way to EU residence and citizenship, are unfair and vulnerable to corruption and create security threats. Time after time, reports have revealed that the schemes are linked to corruption, tax evasion, and money laundering risks. Read more…

Several countries have canceled or halted their Golden Passport programs, and the current events in Ukraine even accelerated the dynamic, at least for Russians close to the Russian government.

Passports issued by wealthy countries have become a pricy commodity that is in much demand among Russian oligarchs seeking safe places to stow away some of their wealth (Dzankic 2019). For middle-class descendants of European ancestry in South America or Israel, EU passports are both an insurance policy for an uncertain future and a “positional social good” that raises their prestige vis-à-vis less fortunate members of their societies (Harpaz 2019).

Why do wealthy people purchase citizenship in peripheral countries? asks Kristin Surak. Based on over one hundred interviews with rich naturalisers and intermediaries in the citizenship industry, I find that mobility, both in the present and as a future hedge, is a strong driver, followed by business advantages. Often, privileges in third countries – not granting citizenship – are sought.

Like slavery, like sexism, like racism, citizenship knows no justification once you leave the purview of those few whom it unduly privileges, says Dimitry Vladimirovich Kochenov.

However, I asked random people in my network about the sense of a passport index and also if passports should be for sale or not. Here are the results.

I am against passports for sale and my network knows it already. Passport programs and their sellers don’t do the business because of inequality or goodwill. They do it because of the money. Vast amounts of money – Billions! And their share of the cake is most profitable.

We are talking about the “inequality” of passports. A passport, e.g., from the UK, is not equal to a passport from AR when it comes to travel / visa-free travel. And why is that?

It is related to bi or multilateral diplomatic efforts of states, and while a passport itself is standardized in its form, it is not per se in the definition of what a passport (and citizenship) can and can not, as that is defined by the owner of these documents (the government). And so is the interaction between countries. Remember, you are just the passport holder, not its owner. You pay a fee to use your passport as a travel document.

Inequality? Apartheid? It’s neither one nor the other! You won’t let anyone into your house, correct? We need rules. Comparing citizenship with slavery, sexism, and racism? Very controversial!

Now, some say no citizenship – no passport. What would a world without citizenship and passports look like? Should everyone move freely and globally around? Unconditionally? Citizenship can’t also be unconditional, as a citizen, you have rights and duties.

We can indeed talk about the form of travel documents as the industry is already prototyping a “virtual passport.” But they will not vanish at all. There will be no “World Citizen” as Garry Davis once dreamed of. 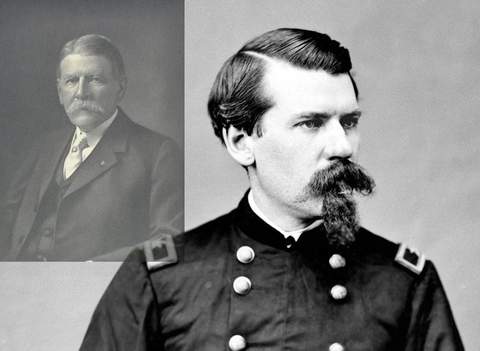