In 1963 Sir Winston Churchill was honored by President J.F.K. with honorary US citizenship. You can see how this special passport is handed over to Churchill’s son during the proclamation. The original (?) document is on display at the Blenheim Palace in Woodstock, England. (Thanks to my fellow collector who provided also the pictures)! 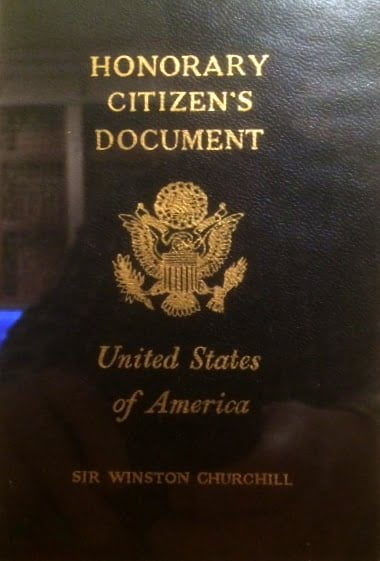 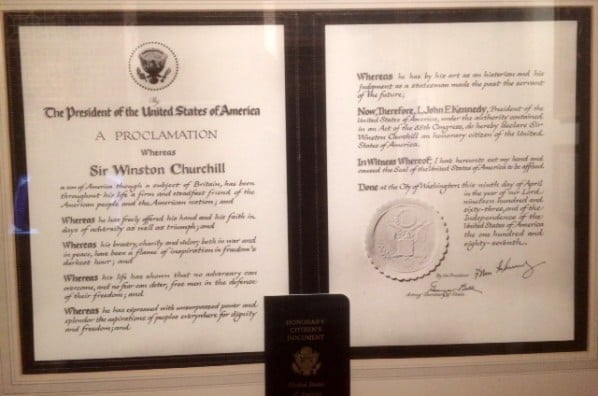 “We all have a passport but they don’t list our birthplace as Blenheim Palace and occupation as Prime Minister.” 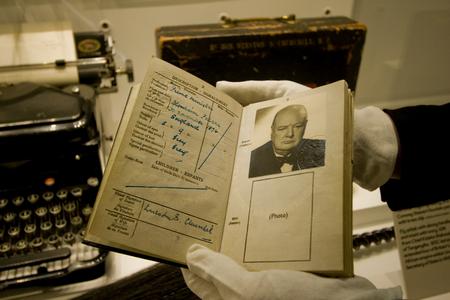 But then there are also these pictures which shows that the Blenheim Palace document might be a copy only!? 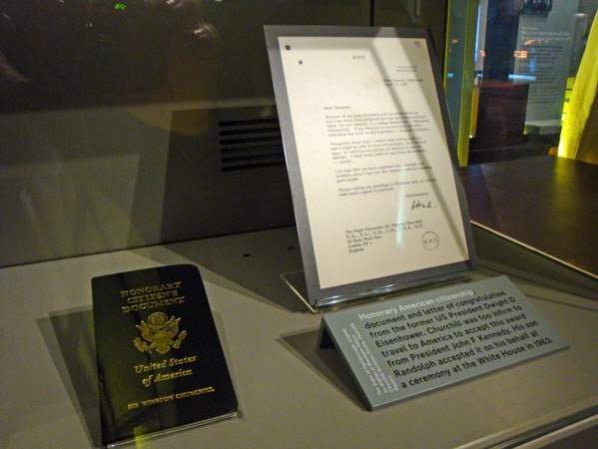 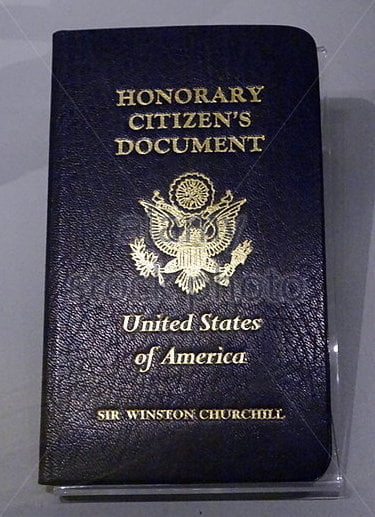 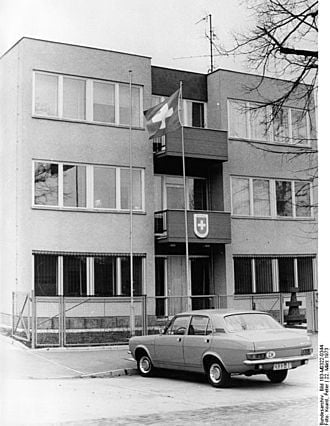