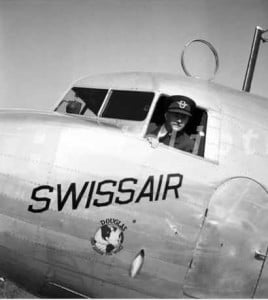 Outstanding aviation document from the early beginning of the Swiss carrier – SWISSAIR! Today is known as SWISS (which belongs to Lufthansa). I found another picture from Nyffenegger as a young pilot in 1927 flying a Fokker FIII at the newly open Swiss route of Balair serving Basel – La Chaux-de-Fonds – Lausanne. The Swiss university ETH Zürich has many pictures in their archive So far what I found about him he truly was a well-experienced pilot and pioneer for the Swiss Aviation. Swissair AG/S.A. (German: Schweizerische Luftverkehr-AG; French: S.A. Suisse pour la Navigation Aérienne) was for many years the national airline of Switzerland.

It was formed from a merger between Balair and Ad Astra Aero (To the Stars), in 1931. For most of its 71 years, Swissair was one of the major international airlines and known as the “Flying Bank” due to the financial stability of the airline, causing it to be regarded as a Swiss national symbol and icon. The airline thrived into the 1980s when it was one of the “Seven Sisters”[citation needed] of Western European commercial aviation. It was headquartered at Zurich Airport and in Kloten. 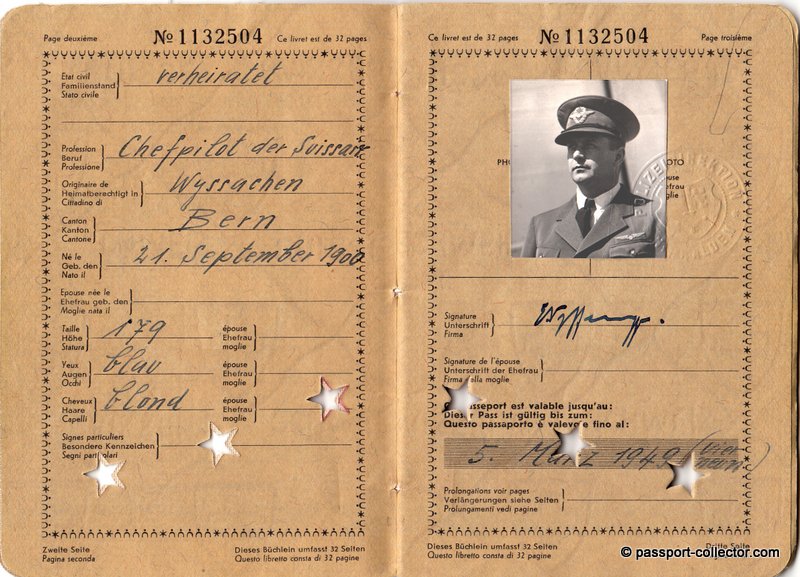 Burdened by over-expansion due to the controversial “Hunter Strategy” in the late 1990s and after the economic downturn following the September 11 attacks, Swissair’s assets dramatically lost value, grounding the already-troubled airline in October 2001. The airline was kept alive until 31 March 2002 by the Swiss Federal government.

On 1 April 2002 successor airline Swiss International Air Lines was founded on the base of former Crossair, taking over most of the routes, planes, and staff of the former Swissair. Today, The SAirGroup company still exists and is in the process of being liquidated. Swiss International Air Lines was taken over by the German airline Lufthansa in 2005.

What International Air Travel Was Like in the 1930s