This article is inspired by Germany’s official statement to take responsibility for killing about 70.000 Herero and Nama between 1904 and 1908. Germany formally declared the killings a genocide on 28 March 2021, promised to apologize, and pledged $1.35 billion toward rehabilitation and economic programs. The Namibian government praised the agreement, and several Namibians welcomed it. However, because the settlement did not contain monies deemed “reparations,” Herero and Nama leaders denounced it as a “public relations coup.” Congo Conference Berlin

Here, some history of the German colonization in Africa explained in several articles over the next weeks, showing some rare passports and other documents from this time.

On November 15, 1884, the German Chancellor, Otto Prince von Bismarck, opened an international conference in Berlin. It was attended by statesmen from 14 countries, most were from Europe. Representatives of the United States and the Sultan were also invited since these countries also had interests in Africa. The goal of the negotiations was to agree on rules for the future division of Africa. The occasion was growing tensions between the powers in the context of the penetration and seizure of this continent by individual European powers since the 1870s. Especially the vast territories along the Congo threatened to become a bone of contention between the powers. With the help of the American adventurer Henry M. Stanley, the Belgian King Leopold II had acquired vast tracts of land there. But other powers – France, Great Britain, and Portugal – also made claims. Fabulous deposits of raw materials had aroused their interest. In addition, the Congo was regarded as an important connection to the interior of the vast continent. Since most politicians knew little about Africa, there was also a large map on the conference room wall for general orientation (see picture). When the statesmen parted on February 26, 1885, they had agreed to the “Congo Act”. They had agreed on the future of the Congo Basin and important principles for the further division of Africa.

For a long time, Europeans knew little about Africa, which was the subject of the negotiations in Berlin. For most, it was a continent inhabited by exotic animals, “wild” people, or fabulously rich kings. Not least responsible for this were the geographic and climatic conditions. These made travel into the interior almost impossible. Only on the coasts were their bases to supply ships and their crews on the sea route to distant Asia or trade with the natives.

But what did the Europeans find in Africa? In northern Africa and the savannah regions, there were empires influenced by Islam. But also further south tribal societies, there were large empires such as those of the Asante, the Fulbe, and the Oyo or that of the Zulu and Matabele. Their kings relied on good administrations and large armies. Surviving jewelry and objects of daily use are evidence of great skill and craftsmanship, and enormous wealth. European travelers, therefore, called parts of West Africa the “Gold Coast.

The integration of Africa into a system of trade relations had already begun at the beginning of the modern era. These connected Europe, Africa, and the “new” world – America. For goods manufactured in Europe – glass, textiles, metal goods and African rulers sold slaves. These were captives they had taken in wars or targeted hunts for members of other tribes. 11.5 million Africans were thus forced between 1500 and 1850 were forced to leave their homeland and work under inhumane conditions on plantations on the other side of the Atlantic. A further 2.5 million perished on the way there. The riches generated in this way were an important basis for developing trade and industry in Europe. The consequences of this population loss were dramatic for African societies, even though the slave trade was trading had been banned since 1807 and slavery was later abolished. Equally dramatic was the growing interest of emerging industries in Europe in Africa’s raw materials: gold and diamonds, palm oil, which was used as a lubricant, or margarine production. Wood, cotton, and rubber, as well as iron ore and copper.

The “Scramble for Africa” since the 1870s

After Europeans had shown little interest in Africa in the first half of the 19th century, this interest increased in the 1870s. Africa, this interest intensified in the 1870s. Power and domestic political and economic motives and the social Darwinist idea that in the struggle of nations for existence in the future, only large empires would survive were the most important driving forces. Within a few years, adventurers and merchants, settlers and soldiers penetrated the interior of Africa and took possession of ever new territories in the name of their respective governments. Alongside Spain and Portugal, Great Britain and France, the German Empire and Italy were soon among the colonial powers. But the Belgian king, Leopold II, also took an interest in the African continent. In 1876, he founded the International Africa Society. Its primary purpose was to promote the exploration and civilization of the continent by the International Congo Company, which he founded in 1879. The encroachment of other powers into the territories claimed by his company territories finally prompted Leopold II to suggest an international conference to delineate their respective interests. Here, as in the Balkan crisis, Bismarck was prepared to mediate as an “honest broker. honest broker”. Supported he was supported by the French government, which had interests along the Congo and the Niger. Congo Conference Berlin

The results of the four-month conference, which “peacefully regulate the relations of a non-European region of the earth courted by the most diverse sides by the adoption of universally valid principles” as well as “Questions not yet burning to avoid future disputes,” the treaties that the signatory states wanted to settle in advance through international agreements were remarkable “thanks to the spirit of trust and love of peace”. In 38 articles, the signatory states regulated freedom of trade in the Congo Basin, which encompassed large parts of Central, West, East, and South Africa (Articles 1-8). The intra-African slave trade, which had increased again due to the plantation economy, was once again prohibited (Article 9). In addition, the Congo Basin was to remain neutral in conflicts in other regions (Article 10). The Congo and Niger Navigation Acts (Articles 13-33) governed the freedom of navigation on these important traffic routes of the continent.

In addition, all powers undertook to actually incorporate the territories that they claimed for themselves, to actually take possession and administration (Articles 34 and 35). The hoisting of a flag on a lonely beach was no longer be enough to claim vast territories. The signatory states simultaneously recognized Leopold II’s possessions in the Congo Basin as a private colony in separate negotiations.

The Congo Conference did not draw borders, but it accelerated the subjugation of the still free territories. Today’s Ethiopia and Liberia, which had been a sovereign state since 1847, where freed slaves from the USA, were able to maintain their independence. Although the colonial era ended with the withdrawal of the Europeans between 1950 and 1974 some of today’s conflicts date back to this period. And the Congo? It is estimated that up to ten million people fell victim to Leopold II’s brutal exploitation of the country. After massive criticism of his regime, he handed over his colony to the Belgian state in 1908. The latter granted the country independence in 1960. Internal turmoil, often enough intensified by the interest of foreign powers in the rich raw material deposits, continues to tear the country apart to this day. However, this no longer has anything to do with the Congo conference. 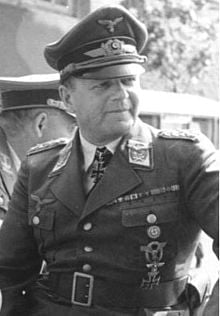