African-American Passport Germany
Over the past 30 years, the share of U.S. citizens holding a passport has increased dramatically. Last year (2017), 21.4 million passports were issued in the U.S., the highest number ever recorded. Considering that number, a mere 6.3 million were issued in 1997.

That year, only 15 percent of Americans possessed a passport, though that’s still far more than in 1990 when just four percent had one, according to the BBC. The share of the U.S. population with a passport stood at 27 percent in 2007, which has now increased to 42 percent.

But it was not typical for an African American in 1958 to hold a passport!

Meet John Clifton Duncan, Jr. from Philadelphia, Pennsylvania. John was quite precisely 16 years young when his passport was issued at the American consulate in Munich, Germany. John was a dependent of a member of the American military or naval forces or a dependent of a civilian employee of the Government on active duty outside the continental limits of the United States, as the stamp on page 5 indicates.

His US passport was not valid for Hungary, as indicated on page 5. This limitation was standard in those days. Included is also the official letter of the White House – not the passport office with a reminder that “…you represent America abroad”. 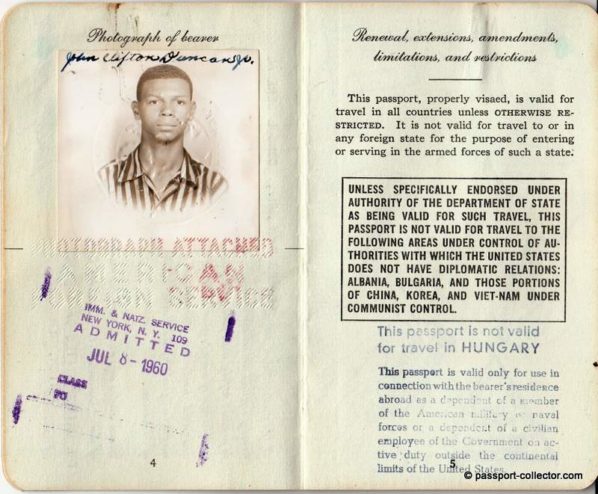 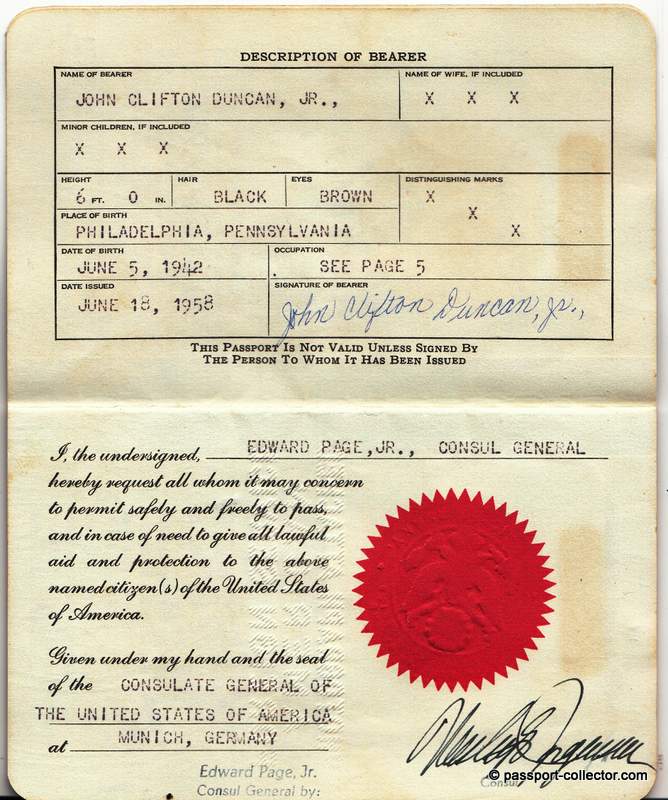 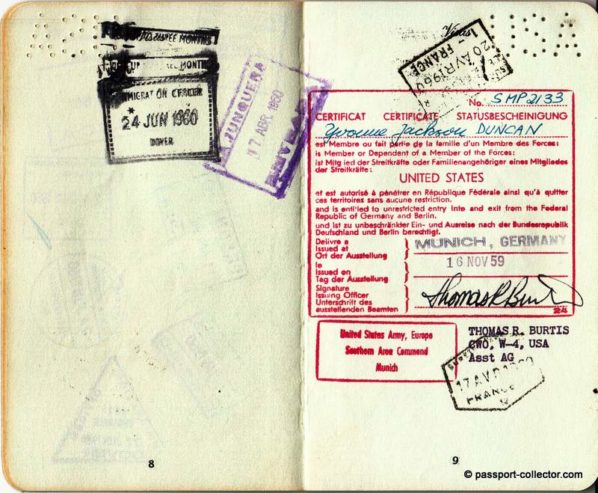 Exciting is the large red stamp, a certificate stating he is a “member or dependent of a member of the forces and is entitled to unrestricted entry into and exit from the Federal Republic of Germany and Berlin.” Issued by the United States Army, Europe Southern Area Command Munich in November 1959.

This stamp clearly shows the “occupational” or “protective” power of the US Army in post-war Germany.