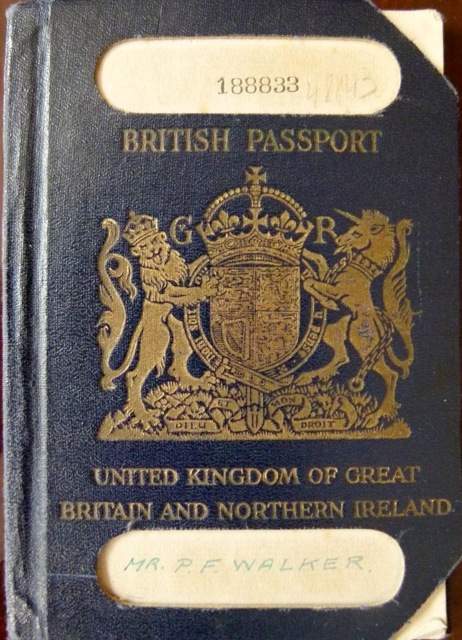 Read the incredible story of a UK navigator at a Wellington bomber during WW II.

Peter Walker was born in 1915 on Christmas Eve. He went to Hotel college in Lausanne during the pre-war years, leaving for England in July of 1939 before the Nazi invasion of Poland and the beginning of WW II.

Joining the British air force, he was a navigator in a Wellington bomber and shot down over occupied France on his 1st. Mission. By a staggering coincidence, he was captured by two Germans with whom he had been at a hotel college in Switzerland.

Peter`s captors managed to organize him to be flown to a prison camp. Since Peter spoke perfect German and French (hotel college) and carried a small suitcase with razor blades, soap, etc., he was interrogated by the British! He became a camp interpreter in Stalag Luft III (great escape camp), where he persuaded a camp guard to lend him, over five years, a camera to photograph general life in the camp.

Liberated by the Swiss lead team in 1945,

he gave the reels of film to a Swiss liberator asking him to forward the rare film to his English address as he thought he might lose them. Six months after V-day, a parcel arrived with all his photos, and the Swiss liberator had them developed and printed! (they are all stamped by the Geneva Convention).

We, as a family, have a complete photographic record at home. My father, Peter Walker, has had to go into a home for the elderly; he is 96 years old.

Was a Luftwaffe-run prisoner-of-war camp that housed captured air force servicemen during World War II. It was in the German Province of Lower Silesia near the town of Sagan (now Żagań in Poland), 100 miles (160 km) southeast of Berlin. The site was selected because it would be difficult to escape by tunneling. 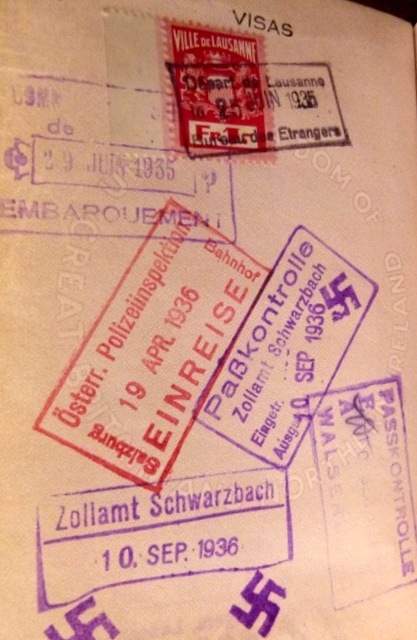 The camp is best known for two famous prisoner escapes that took place there by tunneling, depicted in the films The Great Escape (1963) and The Wooden Horse (1950), and the books by former prisoners Paul Brickhill and Eric Williams from which these films were adapted.

Thank you very much, William, for contacting me and sharing with us this fantastic story and passport of your father. 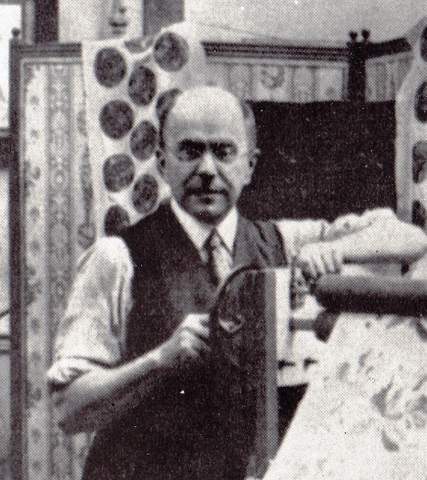 German Jew J stamp From 5 October 1938, German Jews needed a “unique identifier” in the form of a 3 cm large red J in their passports. The following German passport was issued in Vienna on 27 September 1938 in…