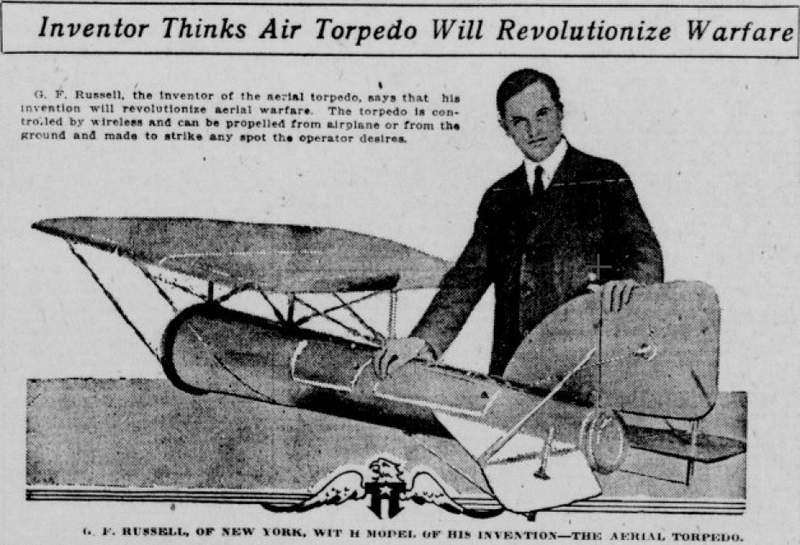 Marietta’s US passport was granted on 23 Aug 1915 to travel to the United Kingdom, France, Belgium, and Italy with her husband. The endorsements show them arriving in Liverpool by ship on September 6, 1915. On September 28, 1915, they registered their presence in the United Kingdom with the local police superintendent in Battle (Sussex). They must now receive various permits to fly because, remember, they are in a war-torn country and will be going to another war-torn country. They are issued a visa on the 30th of September, 1915, in London, to cross the Army Zone in France by rail, with the restriction of stopping en route. They embark at Southampton for Le Havre (the short sea route via Dover-Calais is reserved for army movements) and are seen ‘for Paris’ on disembarkation by the French passport control officer. Passport Curtiss Aeroplane Company 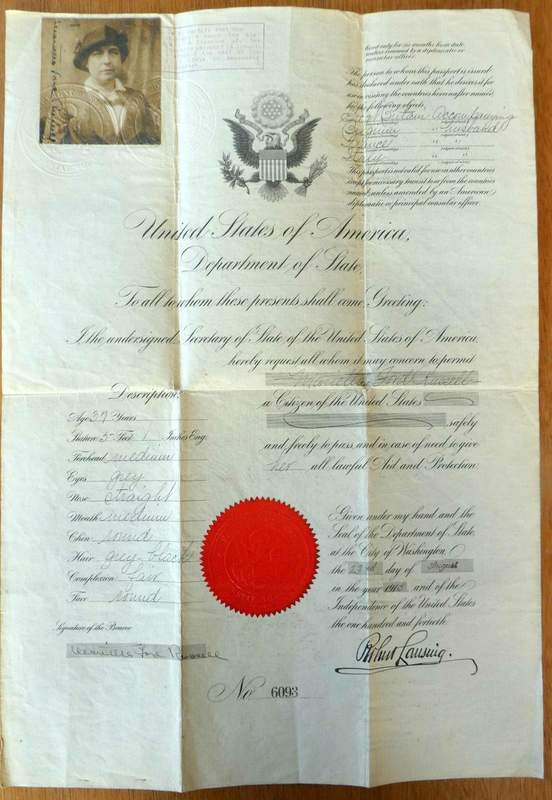 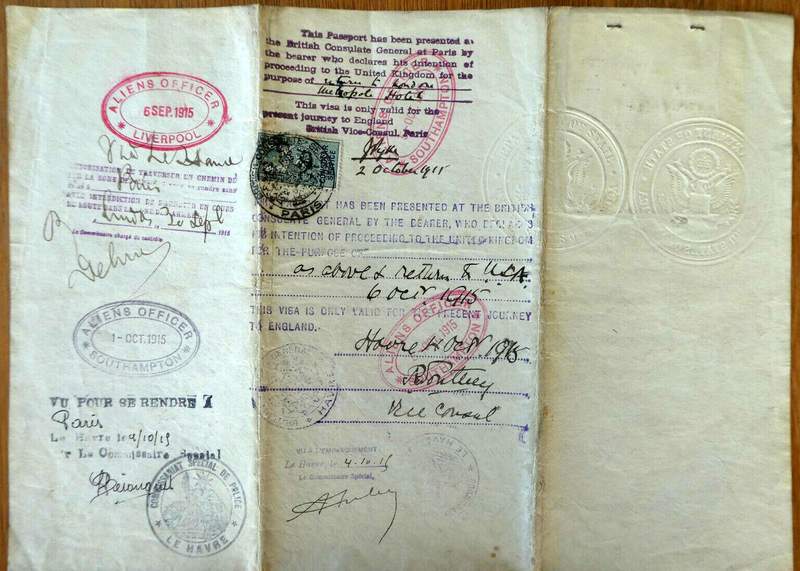 Marietta’s French Annexe du Passeport, penned on 30 September 1915, authorizing her to fly to France via Le Havre and confirming their arrival in Southampton on 1 October 1915. This paper, which comes with the passport, is provided by the French authorities in London and allows you to cross France without going through the war zone. Passport Curtiss Aeroplane Company 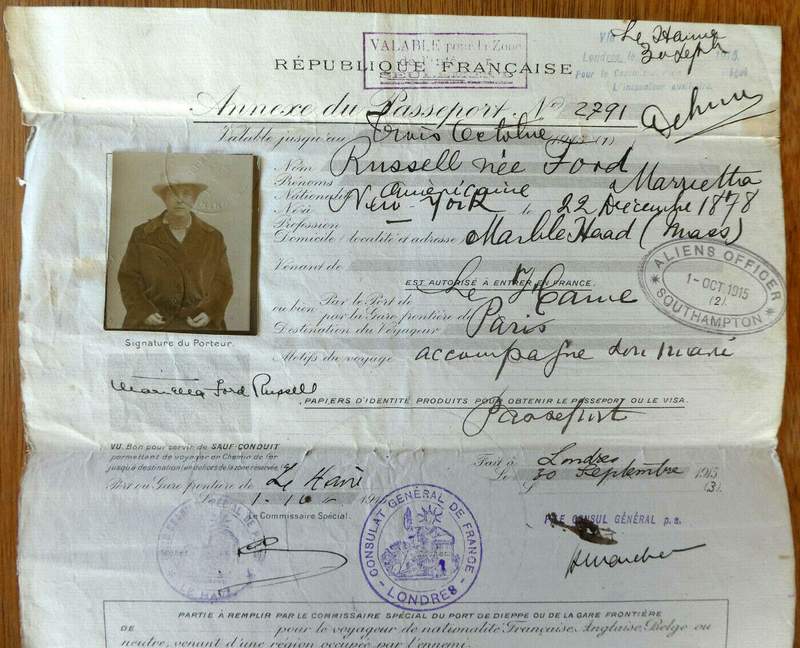 Putting these documents into historical context shows the bureaucracy involved in granting neutral citizens permission to travel in a war zone. It’s important to remember the danger Marietta and her husband were facing: they were sailing to and from the United States just four months after the RMS Lusitania, which was sailing on the same route at the time, was torpedoed, killing nearly 1200 passengers and crew. Passport Curtiss Aeroplane Company