This magnificent Special Passport of a significant US commander who served in two world wars was just recently made available online. Regrettably, I was unable to grab it. His wife’s passport was included too. Passport European Command General 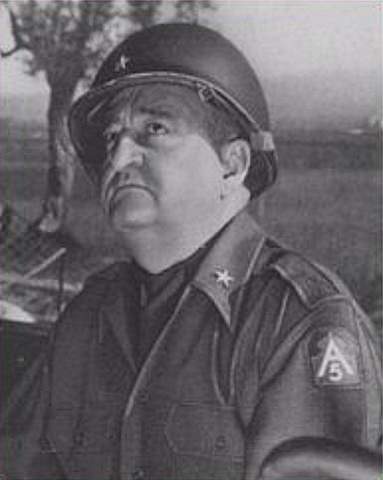 Aaron Bradshaw Jr., a Major General of the United States Army, was a highly decorated officer. He was a World War II Anti-Aircraft Artillery officer and a graduate of the United States Military Academy. Bradshaw stayed in the Army after the war, serving in logistical positions such as Assistant Chief of Staff for Logistics G-4, U.S. European Command. Passport European Command General

On July 1, 1894, in Washington, D.C., he was born to Aaron Bradshaw, a lawyer, and Mary Emma Leech. He was a member of the Class 1917 of the United States Military Academy in West Point, New York, which produced more than 55 future general officers, including two Army Chiefs of Staff (Joseph L. Collins and Matthew B. Ridgway).

On April 20, 1917, just after the United States entered World War I, Bradshaw received his Bachelor of Science degree and was commissioned a second lieutenant in the Coast Artillery Corps. He finished his training and sailed to France, where he served with the 3rd Anti-Aircraft Battalion in the Paris air defense. Bradshaw was eventually assigned to the 2nd Anti-Aircraft Battalion, and he took part in the Meuse–Argonne Offensive in the fall of 1918.

Bradshaw took part in the occupation of the Rhineland after the Armistice until mid-1919, when he was ordered to England and enrolled in a post-graduate degree at the University of Oxford. He later served in the Coast Artillery, notably with the 59th Coast Artillery Regiment in the Philippine Islands in 1925, and graduated from the Army Field Artillery School at Fort Sill, Oklahoma.

Bradshaw joined the Chief of Coast Artillery Corps in August 1936, and served as Major and Editor of the Coast Artillery Journal until October 1940, under Major General Archibald H. Sunderland. He was then named Federal Inspector & Instructor of the 7th Regiment of the New York National Guard, a position he held until March 1941, when he was promoted to Deputy for Administration of the Anti-Aircraft Artillery Training Center at Fort Stewart, Georgia. On July 1, 1940, he was appointed lieutenant colonel.

Bradshaw was raised to the interim rank of Colonel and assigned Deputy Chief of Staff for Training at Fort Stewart on December 11, 1941, following the Japanese attack on Pearl Harbor. He was transferred to England in mid-September 1942 in preparation for Operation Torch, an Anglo–American invasion of French North Africa, and assumed duty as Chief of Anti-Aircraft Section, Allied Force Headquarters in London, under Lieutenant General Dwight D. Eisenhower. 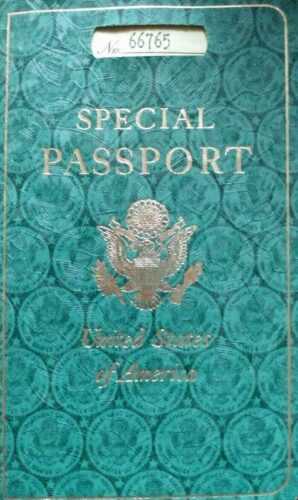 In November 1942, Bradshaw took part in the aforementioned landing in French North Africa, and on April 26, 1943, he was raised to the temporary rank of Brigadier General. He then spent two months as the Chief of Antiaircraft Section, U.S. North African Theater of Operations, where he was in charge of the anti-aircraft defense of Allied units in North Africa, before joining the headquarters of the newly activated U.S. 7th Army in July 1943, under Lieutenant General George S. Patton. Bradshaw was awarded the Legion of Merit for his efforts during Operation Torch. Passport European Command General

Bradshaw took part in the Allied invasion of Sicily in July-August 1943 after the 7th Army was activated, and he also served as the Commanding Officer of the 34th Anti-Aircraft Artillery Brigade. He was awarded the Bronze Star Medal for his participation in the Sicily campaign.

Bradshaw took part in the liberation of Rome, the Gothic Line battles, and the Spring 1945 offensive in Italy until the Axis army surrendered at Caserta on April 29, 1945. The Distinguished Service Medal, Silver Star, and second Legion of Merit were awarded to him for his service with the 5th Army.

Following the end of the war, Bradshaw assumed command of the 71st Anti-Aircraft Brigade, which was entrusted with disarming General Joachim Lemelsen’s German 14th Army and incarcerating them in POW camps. Passport European Command General 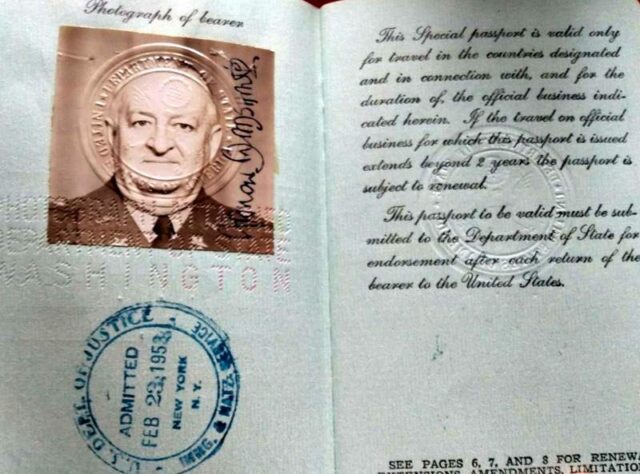 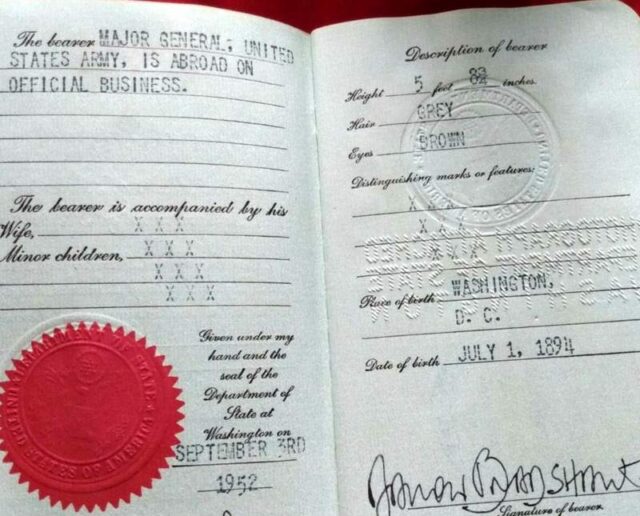 Bradshaw returned to the United States in early 1949, serving as Chief of Service Group, Logistical Division, Department of the Army in Washington, D.C., and later as Chief of Service Division, Office of the Assistant Chief of Staff for Logistics (G-4), before returning to Europe as Assistant Chief of Staff for Logistics (G-4), United States European Command, with headquarters in Heidelberg. Bradshaw was awarded two Army Commendation Medals for his wartime service. Passport European Command General

Bradshaw’s assignment in Europe ended in early 1953, and he retired to the United States. He left the Army on February 1, 1953, after nearly 36 years of service, and returned to his hometown of Washington, D.C. 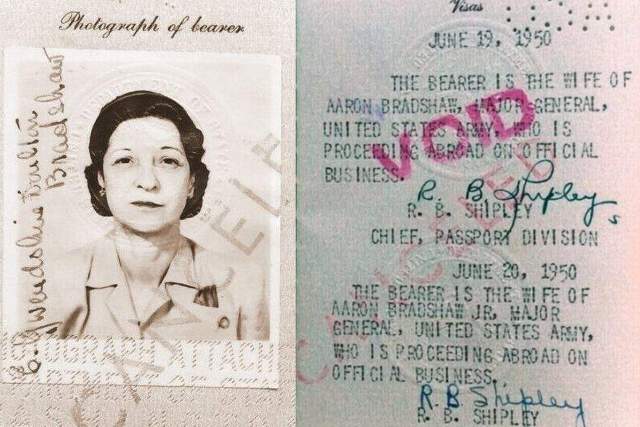 Major General Aaron Bradshaw Jr. died at Walter Reed Army Hospital on November 8, 1976, at the age of 82, and was buried with full military honors alongside his wife, Gwendoline D. Bradshaw, in Arlington National Cemetery, Virginia (1893-1980).