Absalom Willis Robertson of Virginia, who served in the Senate for 20 years, died in hospital, today Nov 1, 1971, at the age of 84. Mr. Robertson, a Democrat, was chairman of the Senate Banking and Currency Committee when he was defeated in a bid for renomination for a fourth full term in the 1966 Democratic primary. William B. Spong Jr., who narrowly won the nomination away from Mr. Robertson, went on to win the general election.

After his defeat, Mr. Robert’s son became a consultant for the International Bank for Reconstruction and Development in Washington, a post he held until his recent retirement. Mr. Robertson was first elected to the Senate in 1946 in a special election for the seat formerly held by the late Carter Glass. He won re‐election to full terms in 1948, 1954, and 1960 before losing to the much younger Mr. Spong.

Before going to the Senate, Mr. Robertson served in the Virginia State Senate from 1916 to 1922 and as a member of the House of Representatives from 1933 until his election to the Senate in 1946. Continue reading the main story

Soon after he became chairman of the Senate Banking and Currency Committee in 1959, Mr. Robertson warned that if the Government’s then $12.9‐billion deficit rose—as it did—“I anticipate a genuine flight from the dollar both here and abroad.” Contending that inflation was the cruelest policy a government could inflict on its people, the Virginia Senator said that if inflation continued at only 3 percent a year, the savings and life insurance of the young would-be wiped out in 30 years.

Many of Mr. Robertson’s predictions over the state of the American economy in the early 1960s have been fulfilled in recent years, especially the instability of the dollar on the world market, continuing inflation fueled by rising Federal deficit, and increased spending. Despite his warnings, Mr. Robertson was against Federal controls of wages and prices, believing they should be used “only as a last resort.”

“They are not a practical thing,” he said in 1959. “It is far better to leave prices to the marketplace.” While Mr. Robertson was regarded as an economic conservative in many areas, including being against. Federal aid to areas suffering from chronic unemployment, he strongly opposed any cuts in American foreign aid.

He did feel, however, that the aid program should be increasingly turned over to international agencies, including the International Monetary Fund and the World Bank. As a staunch advocate of sharply controlled Government spending, Mr. Robertson was in a powerful position as chairman of the Banking and Currency Committee to oversee Federal expenditures on housing, unemployment, and in other areas and to recommend controls on exports, prices, wages, and borrowing.

Mr. Robertson”s career closely paralleled that. of Harry F. Byrd Sr., who was also to become a Senator from Virginia. They were born in Mar Martinsburg, W. Va., within two weeks of each other and a few blocks apart. The two men entered the House of. Representatives the same year, out the more volatile Mr. Byrd, became a better known Senator.

Mr. Robertson built a respected reputation in the Senate as an expert on foreign trade, tariffs, banking, currency, and taxation, subjects that many Senators often seemed reluctant to pursue. In his home state, Mr. Robertson was perhaps better known as a devoted conservationist, and in 1946 he was named the nation’s leading conservationist by Field and Stream magazine. At the University of Richmond, he was a football star and hammer thrower. Later he became an avid huntsman and fisherman. Survivors include two sons A. (for Absalom) Willis Robert son Jr, of Atlanta, and the Rev. Marion Gordon Robertson of Portsmouth, Va., and four grandchildren. 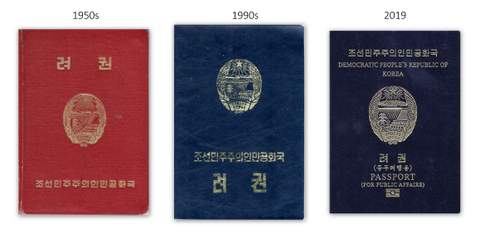 North Korean (DPRK) Passport The Democratic People’s Republic of Korea (DPRK) passport is one of the rarest travel documents a collector can get. Here are some facts, stories, and pictures. The Daily NK obtained a North Korean passport, a new…