On Oct 4th, 2011, I met up with Dr.Keiper, who prepared many great examples for inspection. Just recently, the archive got some binders from the German Diplomatic Archive in Mexico back to Berlin. Dr.Keiper was very supportive in my research, and he was also interested to hear more about the passport collector’s community and how we collectors get in possession of such documents. I briefly explained to him.

The archive was well prepared and presented to me the following.

I am glad that I got permission to made pictures of several passports and related documents. Prussian Passports are, in general, nothing special as you still can find them often. However, the Mexican file had some excellent examples which you do not see that often at as they were issued for traveling to Mexico or the USA. 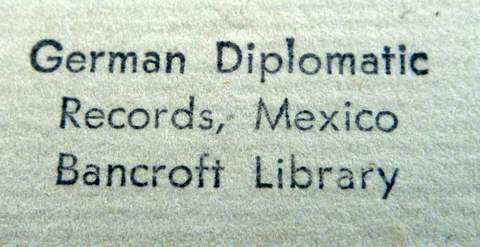 Thirteen Duchy of Nassau passports. All are in excellent condition. Further treasures are Anhalt-Dessau 1852, the passport of the Danish Consul General in Hamburg 1850, Police passport Hamburg 1849 for a hat maker from Berlin to travel to Havre de Grace via Paris. Heimatschein Baden 1838, Heimatschein Hessen 1845, 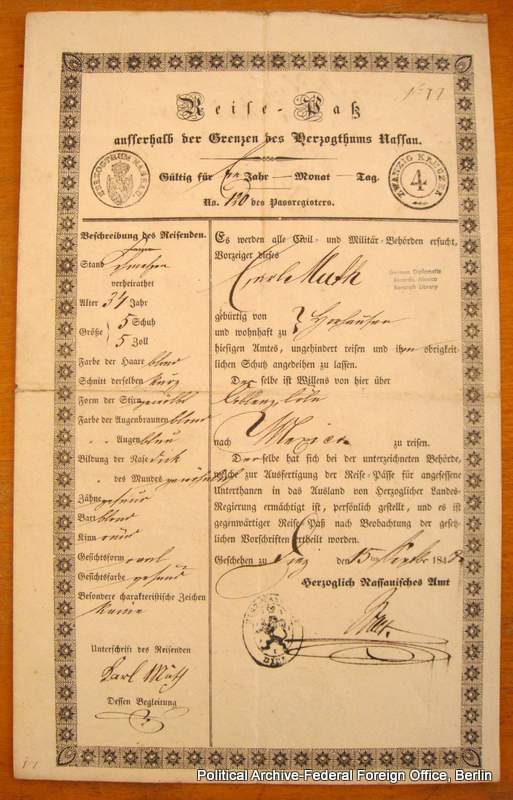 Several Mexican passports issued in New York on blue paper instead of white paper. Another file presented to me was Asservat No.328, which includes several German documents of Dr. Wilhelm Solf, State Secretary in the Imperial Colonial Office e.g., going to East Africa in 1917. Dr. Solf heads the office from Dec 20th, 1911 to Oct 4th, 1918. 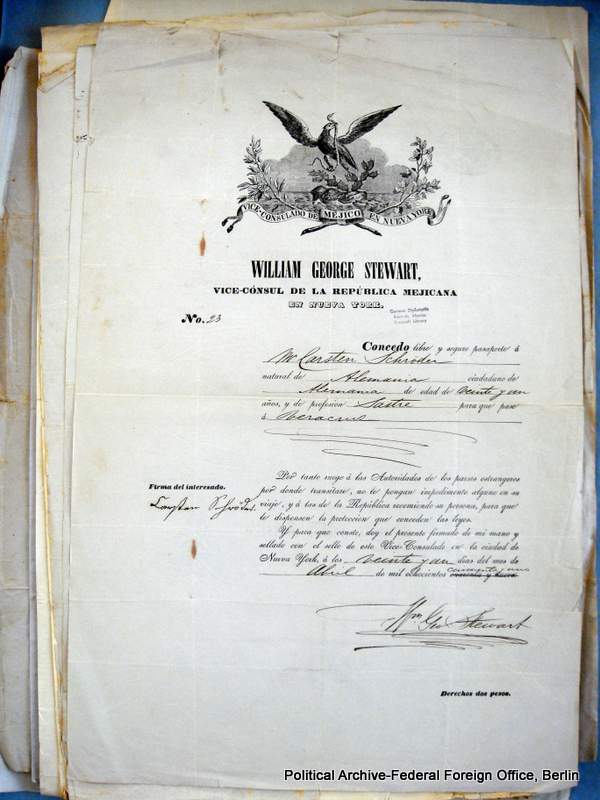 A quite rare document is the Grenzempfehlung No. 911 for Friedrich Franz Grossherzog of Mecklenburg in the companion of his wife and son going to Haag issued by the German Foreign Office in Berlin on Dec 31st, 1936. Political Archive Foreign Office 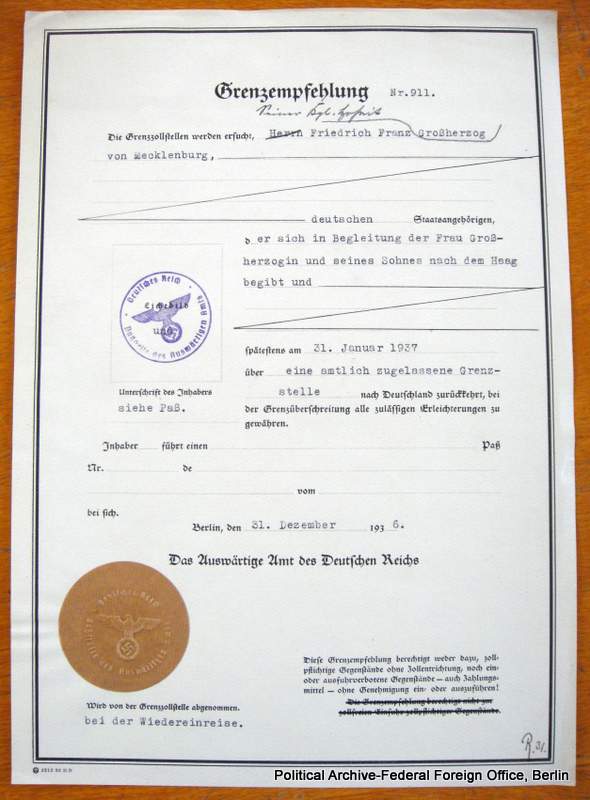 The passport of ERICH LUDENDORFF, General of Infantry and deputy of PAUL VON HINDENBURG issued by the German Gesandtschaft (Embassy) Jan 7th, 1919 in Stockholm, was another document I hold in my hands. Other papers I have seen: e.g., Certificate of appointment for some diplomats signed by, e.g., A.H., another by Ribbentrop…

Prepared personal files of Gustav Lindemann
The documents are:

Lindemann’s annual salary in 1921 was 31459 RM in the position as Ministerialamtsmann, Basic salary 11800 RM, Local allowance 4500 RM, Cost-of-Living Bonus 15159 RM. According to the files, his salary rose just one year later in 1922 to 64260 RM, which more than double compared to the previous year. This because of the high inflation at that time, I guess. Political Archive Foreign Office

Salary in 1929 – 775 RM/month or 9300 RM/annually. There is a letter from Lindemann requesting emergency aid because of his serious illness for five weeks. The bill was 512RM, which was almost one monthly salary. Additionally, it was planned that he would go on recovery for four weeks at the cost of min. 500 RM. The Foreign Office granted his request, and he received a down payment of 300 RM and later again 200 RM for his medicine and doctor bill. Also, he went to the earlier planned recovery.

On Jun 3rd, 1936, Lindemann passed away. His widow will get a monthly pension of 275,92 RM. Later on, she claimed to the foreign office that the June 1936 salary was only partly sold out, and she was requesting the rest in 2 other letters. Letters signed then with “Heil Hitler.” In August 1936, her request was granted.

It seems at the beginning of 1923, Germany was stricter in issuing visas for foreigners. Several verbal notes of different foreign embassies can be found, especially from the USA and the U.K. claiming the procedure. Regarding issuing of Service Passports: there is a written note from State Secretary Maltzan from Mar 15th, 1924, that this type of passports is issued only from the local police departments and not from the foreign office. The local police issued all Service Passports I have seen so far.

Why this exception? According to a general decree from Aug 5th, 1924, it is not allowed to use Family Passports for single individual trips of only one person.

All documents displayed with permission of the Political Archive- Federal Foreign Office. Many thanks to the archive team for their support!
Stay curious! More will come…