BEING A KING’S MESSENGER MAY BE A DANGEROUS JOB
Often Featured in Romantic Fiction, a Small Group of Men Carries Out Important and Risky Tasks

ALTHOUGH modern diplomatic relationships between nations are delicate enough at any time, they are doubly so in time of war, and should, for example, a ciphered letter be’ decoded by a nation to whom it was not addressed, relations between the countries might be disrupted and more fagots heaped on the fires of war.

Consequently, whenever the Foreign Office wishes to send valuable and confidential State documents to an embassy or legation in another country, they are sent in “the diplomatic bag” in the personal charge of a King’s Messenger.

Today there are about 15 King’s Messengers (2005), and while, when the corps was first formed by King Charles II., they had to be proficient in both horsemanship and with the pistol, it is now sufficient for them to be expert shots.

In those early days they had to defend the King’s despatches with sword and pistol, perhaps while riding in a rocking post-chaise through .a brigand-infested mountain pass. It was a dangerous job. The last Royal courier to lose his life went to look at his horses outside an Austrian inn during the Napoleonic wars and was never seen again.

King’s Messengers carry a badge which consists of the Royal monogram with a silver greyhound as a pendant. King Charles II. was an exile in Holland when he founded the corps and selected two English and two Dutch officials to carry his despatches.

When they set out on their first journey the King Is reputed to have been at breakfast, and, pulling the silver porringer to him, he is said to have broken off the four greyhounds with which it was ornamented, giving one to each of his messengers as identification and passport.

In former times the occupation of King’s Messenger consisted to a considerable extent in serving the warrants issued by the Secretary of State for the apprehension of persons accused of high treason and other grave offenses against the State. Nowadays, however, they are principally employed in foreign service.

The “diplomatic bag” that Is sent from the Foreign Office to an embassy or legation in another country is a short, stout sack made of closely woven canvas. Its opening closes very tightly and is double locked. In fact, it closes so tightly that during the last war, when the boat in which a King’s Messenger was traveling was torpedoed, the bag, being practically air-tight, floated.

Fortunately, it was rescued by another British ship; but the risk of State documents floating into enemy hands was revealed and caused the Foreign Office to have the bags weighted with lead and perforated. Thus any bags now lost in the sea would sink to the bottom and be safe from prying enemy eyes.

The chief King’s Messenger to-day receives a salary of £900 a year. The other messengers, several of them retired officers, receive salaries ranging from £300 to £650 a year, but some are unpaid. One of the most important of them is the well known Captain Beddington Behrens, who made diplomatic history last year by carrying the bag to America by air.

The most famous of recent King’s Messengers was Sir Park Goff, who died in 1939. He was appointed honorary messenger at the beginning of the last war, and during its first two years crossed the Channel 80 times, the North Sea 30 times, the Mediterranean 22 times, the Black Sea four times, and the Caspian twice. Of those 730 days, he was at home only 22!

King’s Messengers are armed with a special red passport, which makes the bearer free of every Customs barrier, and a diplomatic “laissez-passer,” a beautiful document ornately engraved on banknote paper, which states that the bearer is “on the King’s business.” Sometimes it Is necessary for the messenger to use the latter to extricate himself from difficult and dangerous situations.

In wartime, the risks of personal danger are of course significantly increased, and this has caused the Foreign Office to request the Commissioner of Police to provide King’s Messengers with protection. Retired officers of the special branch at Scotland Yard are now recalled to act as escort guards to all the messengers.

These guards act as “shadows” and are expert in that task because they have all been bodyguards to statesmen and Royalty. They not only know foreign countries but the international political criminals as well.

Not only do they have to guard the messengers against obvious dangers; they have also to keep a watchful eye on spies of both sexes. For even in these days enemy nations are said to use beautiful women to discover State secrets, although one famous King’s Messenger always deplored the fact that the traditional glamorous spy who used her feminine wiles on Royal couriers never seemed to cross his path!

Read also the story of Matthew Slater, Senior King’s Messenger (to King George III), from 5 July 1775 to 1803 and Experiences as a Queen’s Messenger by Lieutenant Colonel Kimmins, here. 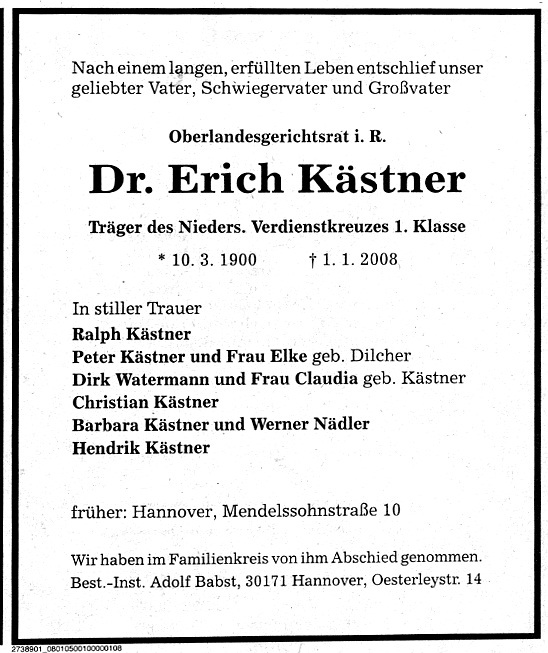 Passport last German veteran In 2008, the 110-year-old Lazare Ponticelli died, the last of about 8.4 million French soldiers who fought between 1914 and 1918. His state funeral was held on 17 March 2008. The mass was held at Saint-Louis…

Vancouverite Deborah Ross-Grayman was born after the Second World War ended. But she credits her life to the wartime actions of a single remarkable man. Chiune Sugihara was vice-consul in Lithuania for the Imperial Japanese government. Defying his government, Sugihara… 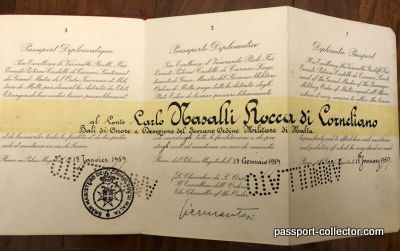 British Passport – Government Of Bermuda Issued 1962 British Empire passports are always on high demand but often at low supply. So it is with this Government of Bermuda passport. A pretty rare collectible in fantastic condition, issued 1962 at…