He was the Head Of The Dutch Section Of The Abwehr (German Military Intelligence). Lastly, in the rank of Lieutenant Colonel stationed in the Netherlands 1938-1941, then from 1941-1943 head of the Middle East in Ankara. He joined the Abwehr in 1935 and was a confident man of Admiral Wilhelm Canaris – the chief of the Nazi Abwehr spy network. Nazi Abwehr Officer Jews

Schulze-Bernett saved 176 Dutch and German Jews in operation “AQUILAR” in May 1941. Six kinds of transport were organized via Spain to Lisbon. Each of the refugees had to pay 500 Gulden (similar to 750 German RM or a four-month salary, a value of $3000 today). Schulze-Bernett was directly involved in the first three transport as he was already military attache in Turkey by June 1941. The Jews had left the Netherlands by trains to Spain and Portugal and emigrated from there to the USA, Cuba, and Latin America. Schulze-Bernett had not only ensured a smooth transport, but it is thanks to him that it took place at all. Nazi Abwehr Officer Jews

Schulze-Bernett was the son of a theater director and an Englishwoman. Born in 1896 in Hamburg, the medium-sized boy grew up with the dominant “Schulze-nose” high school diploma, studied German, modern philology, and administrative law before he was drafted as a soldier in the First World War. Highly decorated, he was awarded the Iron Cross First and Second Class and initially joined the police before he was appointed authorized representative for several foreign banks in the Netherlands. Perhaps at this time, the German Abwehr chief Wilhelm Canaris came to the banker’s attention, which acted self-confident and cosmopolitan on the floor of the Dutch business circles.

After joining the Wehrmacht in 1935, Schulze-Bernett was responsible for intelligence gathering from the Netherlands first in Abwehrstelle Cologne before becoming the German Legation attache in The Hague and reports to the Head of Mission. At that time, the 39-year-old Major, who became in 1940 head of the “secret information service,” was to build a military intelligence focusing on Belgium and France for an eventual war.

At the same time, his office made all sorts of efforts to establish even an overseas intelligence service. “Our connections to overseas, particularly to the USA and South America, were rather thin and almost shattered,” wrote Schulze-Bernett in a letter.

However, in early March 1941, a staff of “Abwehrstelle Berlin” and a travel and transport company in The Hague had an ingenious idea. They proposed to infiltrate the Jewish transports to Central and South America with trained defense (Abwehr) agents to build an intelligence service. Schulze-Bernett happily agreed. After that, he could not only fulfill his duty but “during the now ongoing actions in the Netherlands against Jews by the Sicherheitsdienst (SD), to have the possibility of their emigration, which should then officially take place.” Nazi Abwehr Officer Jews

In 1940, about 140,000 so-called “Full Jews” in the Netherlands, whose emigration was allowed only in individual cases. The travel and transport company Brach and Rothstein headed by Harry W. Hamacher, a Catholic and non-party member, was then a one-stop-shop for these desperate people who were subjected to persecution and discrimination by the Nazis. “Mr. Hamacher probably also spoke with human motivation to help Jews to escape their probable fate,” writes Schulze-Bernett objectively. However, Hamacher earned a lot of money with the emigration of Jews, so there were certainly also economic motives.

Schulze-Bernett called the idea simply “very sympathetic,” i.e., believing great phrases apparently did not fit him. But the Wehrmacht officer prompted that some families he knew from banker times were included in this transportation. “Schulze-Bernett was probably a cosmopolitan man to whom the Master Race was suspicious. Besides, he came from a middle-class background, and the brutality of the Nazis was contrary”, says the Berlin historian Winfried Meyer, who devoted in his book “Unternehmen Sieben” an entire chapter on the operation “Aguilar.” Nazi Abwehr Officer Jews

Consulates of neutral countries were willing to grant the Jews an entry visa. “The Abwehrstelle Netherlands had to keep completely in the background, so as not to appear as the initiator of this action in appearance and thus to reveal the intentions of the action,” writes Schulze-Bernett in his estate. Therefore, the travel and transport company under Hamacher executed the entire organization of the “Operation Aquilar,” as Schulze-Bernett called it.

Once the plan was ready, Admiral Canaris was apprised of the operation of the “Infiltration of agents in North, Central & South America” (Cuba, Argentina, Brazil, Mexico, Haiti/Santo Domingo, Venezuela, Colombia, Panama, Ecuador, and the USA) and he gave it his approval. Canaris himself abhorred the persecution of Jews and was glad that otherwise minded officers were brave enough to take action against it.

“Much to our surprise we found in the head of the security department in The Hague, Mr. Pilling, a man whom we could win for our thoughts, and, despite the responsibility of the person meant his decision for him and without regard to the possible consequences, gave his consent and his support in promised implementing, “says Schulze-Bernett. So the SS man Albin Pilling provided the necessary certificates, and a defense officer awaited each transport at the French / Spanish border station in Hendaye, so there were no incidents at the border. Nazi Abwehr Officer Jews

Walter Schulze-Bernett personally traveled to the first transport on 11 May 1941 and the second on May 15 to Hendaye to ensure a smooth process. However, he appeared in civil clothing to avoid any suspicion that there was a military action. “The traveler made a comfortable impression and were very satisfied with the course of the journey and the care,” wrote Hamburger. However, the emigrants were allowed to take only two suitcases, the contents of which had to be approved by the police. The Gestapo confiscated jewels. Nazi Abwehr Officer Jews

After the war, he was interned by the Allies because of his high rank in the Armed Forces for approximately one year. Other consequences of the war, it seems, however, didn’t affect the Hamburg citizen. With his wife Sophie, he lived in a beautiful house in Hamburg’s Hochkamp and operated in import and export. Until his retirement. He continues to hold avid correspondence with his former Canaris-comrades. About the “Operation Aquilar,” he reports only on request by historians. Objectively, soberly, without emotions, he describes people’s rescue in his letters as if it were an everyday occurrence. Walter Schulze-Bernett died in 1985, but will he become posthumously honored? Unlike Oskar Schindler, Schulze-Bernett never took a personal risk in his involved actions. Nazi Abwehr Officer Jews 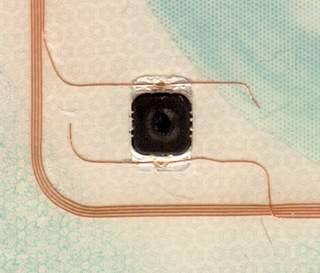 Passports With New Technology For Even More Security – Never Seen Before Modern passports bearing plenty of security features nowadays. Hologram, Micro printing and UV features, just to mention some. There are even additional hidden security features which only the…

A German Democratic Republic Passport 1980 With a Twist This thirty-nine years old travel document is at the first look nothing special. It’s in great shape and has 48 pages instead of 24 pages. The document was issued to a… 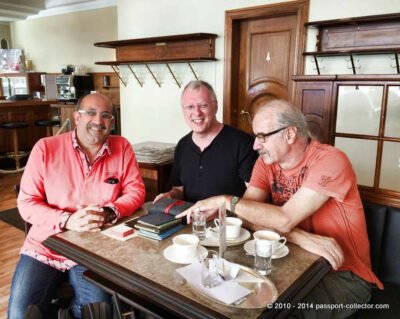 Passport Collectors Meeting Zurich I love to meet up with my fellow collectors, here with Guido & Gerhard. We had once again a great time sharing documents, collectors stories, and of course collectibles. Besides that, we enjoyed the great service…

A rare and beautiful Passport from Haiti issued 1955 What you see here is a very nice travel document from Haiti. Meet 25 year young Marc Monfiston. His passport is in excellent condition and was just valid for two years….