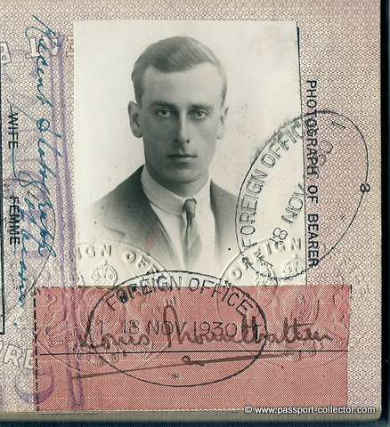 Louis of Battenberg, the great-grandson of Queen Victoria, and second cousin of George V was born in Windsor, England, on 25th June 1900. His father, Prince Louis of Battenberg, had been born in Austria. As a result of the anti-German feelings in Britain during the First World War, the family changed its name from Battenberg to Mountbatten.

Mountbatten was educated at Osborne and Dartmouth Royal Naval College (1913-16). He joined the Royal Navy and during the war, he served onboard Lion and Elizabeth.

Mountbatten remained in the Royal Navy and on the outbreak of the Second World War was captain of the destroyer Kelly. He saw action during the Norwegian campaign and the ship was sunk off Crete on 23rd May 1940 with the loss of 130 men. louis mountbatten earl mountbatten

Winston Churchill appointed Mountbatten head of Combined Operations Command on 27th October 1941. He launched a series of commando raids including the disastrous Dieppe Raid in August 1942. The decision by Churchill to promote Mountbatten to vice admiral, lieutenant general, and air marshall ahead of older and more experienced men upset senior officers in the military establishment.

In 1947 Clement Attlee selected Mountbatten as Viceroy of India and he oversaw the creation of the independent states of India and Pakistan.

Louis Mountbatten, 1st Earl Mountbatten of Burma returned to service at sea and as Fourth sea Lord was commander of the Mediterranean Fleet (1952-55). He was also First Sea Lord (1955-59) and Chief of Defence Staff (1959-65). Louis Mountbatten was murdered by an IRA bomb while sailing near his holiday home in County Sligo, Ireland, on 27th August 1979.

This pretty collectible was offered to me once via my website. The seller was asking for a very high price. Unfortunately never heard again from him…His passport would be surely a highlight in any collection. louis mountbatten earl mountbatten 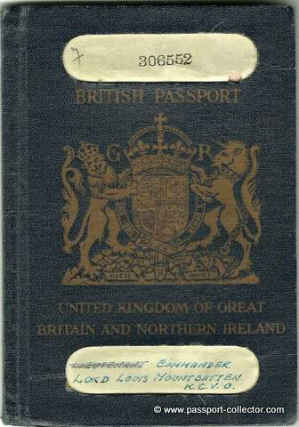 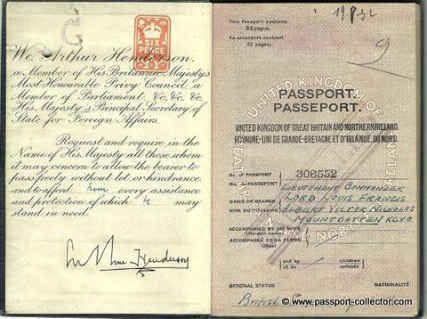