CARL LUTZ will be forever remembered as the Swiss Diplomat who saved sixty-thousand Jewish lives by issuing so-called SCHUTZBRIEFE (Protection Letters) in Budapest in 1944. Lutz divorced his first wife, Gertrud, in the late 1940s, and in 1949 married Maria Magdalena Grausz, one of the Hungarian Jewish women he protected during the war. He also adopted her daughter, Agnes.

With Agnes, I am in vivid contact, and we always support each other when it comes to the work of Carl Lutz in Budapest. The displayed passport of her mother Magda was a generous gift from Agnes to me, including one of her own old and expired travel documents. The passport was issued by Carl Lutz at his last diplomatic post as Swiss Consul General in Bregenz, Austria, and has his signature! We can assume that this travel document is one of the final documents Lutz issued and signed as it was done close to his retirement date in Jan 1962! Passport Magda Lutz hero

Lutz was Vice-Consul and then Consul General in Bregenz from 1954 to 1961. The travel document was issued on June 30, 1961. With Agnes, I discussed why the passport had the statement “The spouse of Carl Lutz, Consul General, retired.” I believe this note was added when the document was renewed in Bern in 1966. Agnes told me that Lutz was an aesthete; he had the passport issued by a calligrapher. Therefore the beautiful handwriting. Passport Magda Lutz hero

In 1944, while Carl Lutz had to endure the most significant stress of his professional career and found himself constantly challenged, physically and psychologically, to near his limit, his private, solidly middle-class existence also was shaken up during this eventful year. The virtuous, shy, somewhat inhibited civil servant fell in love in Budapest, head over heels, with a married woman and mother. Lutz liked the well-dressed girl and her attractive mother. But let’s keep things straight: on a morning in early June 1944 – Lutz’s office at Freedom Square is beleaguered by people seeking protection – a young Hungarian Jewish woman, Magdalena “Magda” Grausz (33), together with her 6-year old daughter Agnes calls directly on the head of the Swiss Department for Foreign Interests. Magda implores Lutz for protection for her young daughter, born in England, a British citizen and thus an “enemy alien” in double jeopardy. For the time being, Lutz sends mother and daughter home with the promise to look for a solution for them. Passport Magda Lutz hero

A few days later. Magda Grausz is again summoned to the Department for Foreign Interests. Lutz told the surprised woman that he had talked to his wife Gertrud and that a housekeeper was needed for the extensive residence at the British Embassy. It included board and lodging, which also meant diplomatic protection and security from deportation. Magda accepts with thanks. A few days later, mother and daughter move into a small servant apartment on the ground floor of the Lutz residence. Magda’s husband, a wealthy older stock trader, went underground in Budapest and survived the war thanks to his connections and financial means.

Magda and Agnes passed the last year of war at their guardian angel Carl Lutz. The two get closer to each other despite, or perhaps because of the increasingly precarious situation. Lutz falls more and more in love with the beautiful lady from Budapest.

Agnes, his stepdaughter, talks of a possibly “platonic” affair, as the religious Lutz was still married, after all, and – in her opinion – would not let himself be drawn into an adulterous act. Something is sure: from the summer of 1944 until the liberation by the Russian troops in February 1945, Lutz lived in a very conflicted “ménage á Trois” while the world around him went up in flames.

Lutz does not hide his feelings for Magda very well and, in the evening, brings her bouquet to the servant quarters and a second identical one to his wife Trudi one floor above. His helpful wife, who stands firmly on the grounds with both feet, and who also helps Lutz in his work wherever possible, must have become wise to the situation before long. The explosive love connection finally finds its peak during the eight-week siege in the bomb shelter where the two women lie directly next to each other, separated only by a curtain – and the vice-consul between them. Passport Magda Lutz hero

It is a fundamental question if the continuous fear of death from the extensive bomb attacks pushes these “private” problems to the edge and makes them less relevant, or if it makes them even more robust.

“Dear Agnes, I am so grateful that you gave me these documents for my archive. I will hold them in honor, and with this article, we also remember your mother.”

Source: Magda & Agnes…pictures and text from the video book “Carl Lutz – A forgotten hero.” This outstanding video book can be downloaded at the Apple store in German, English, French, and Italian free of charge, and I do highly recommend doing so. Update: Unfortunately, no longer available. 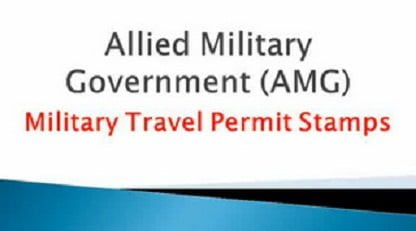 Provisional Certificate Of German Nationality Used As Travel Document Well, I do collect for quite some years but when US fellow collector Tom Richards sent me the pictures of this document I was really surprised. I was not aware that… 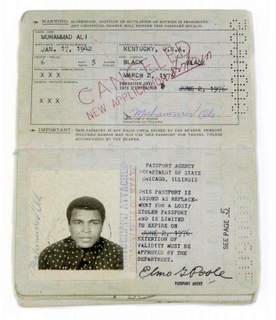