According to the to US National Archives the consulate in Malta was established in 1807. Since 1834 William Winthrop, who issued and signed this passport in 1852, was U.S. consul in Malta. Winthrop died in Malta on July 3, 1869, aged sixty-four. Which means he was for thirty-five years consul at this post. He had earlier posts in Trieste and Tunis. 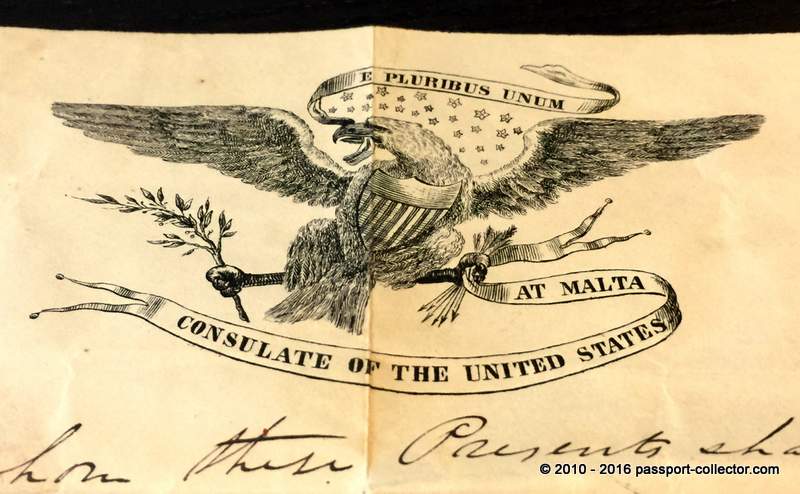 Winthrop and his cousin Col. Winthrop (a well known military law expert) were both Knight commander of the Order of Knights of St.John of Jerusalem (at that time it was supposed to be the only two Americans belonging to this ancient order). Consul Winthrop was a very prominent Mason. (Source: New England Historic Genealogy Society)

is a double folio format document with the U.S. Eagle in the letterhead stating “Consulate of the United States at Malta.” The exciting fact here is this single passport is issued to FOUR DIFFERENT PERSONS! Such an early US group or collective passport is extremely unusual! The passport has the red seal from the U.S. consulate in Malta and a stamp from the Alexandria passport office from 1853. The back shows further six visas  – Egypt and Constantinople 1853. A fantastic early consular US travel document, issued as group passport and signed by a prominent and long-serving consul! Rare US Group Passport 1852 – Consulate Malta 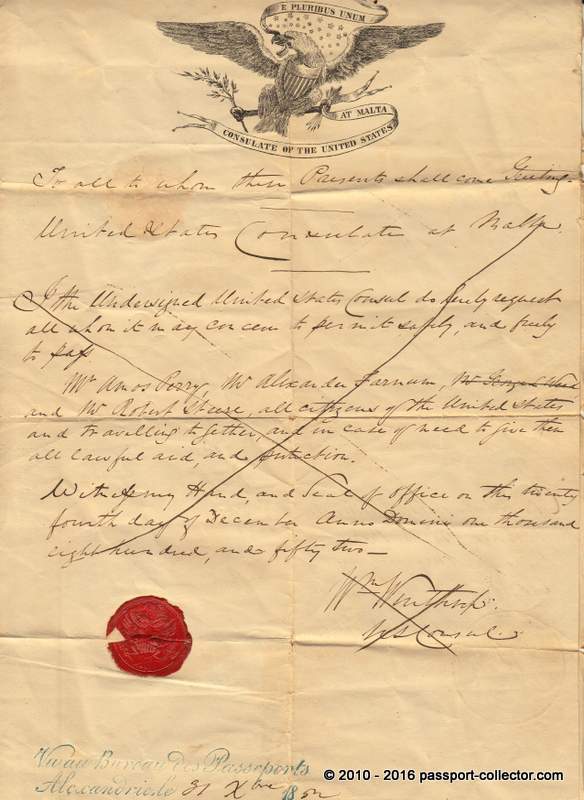 U.S-Maltese diplomatic relations span over 200 years.  During the American War of Independence, 1800 Maltese and Knights of the Order enlisted in the French Navy to assist the fledgling United States in its War of Independence.  The Maltese played a crucial role in the victory and in 1781, with the help of Maltese sailors, the French Navy defeated the British in the Battle of the Chesapeake.  With the defeat, the British could not regroup and resupply their troops. Consequently, the American army forced a British surrender and the end of the war.  In 1783, in a gesture of gratitude from the young United States, Benjamin Franklin, in his capacity as U.S. Ambassador to France, presented America’s first medal Libertas Americana to Grand Master Emmanuel de Rohan. Source: U.S.Embassy in Malta

Beautiful US passport issued by the State of New Jersey 1849 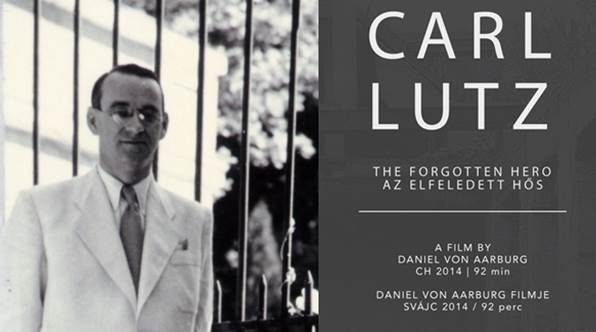 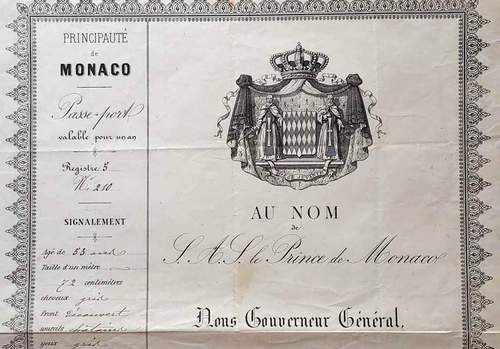