British passport (folio) in excellent condition and in a leather wallet, issued at the Foreign Office in London 1869 by the Earl of Clarendon, who was twice Secretary of State. Three visas are stamped on the passport Switzerland, North German Federation and France on back. Especially the visa of the CONSULATE GENERAL OF THE NORTH GERMAN FEDERATION IN LONDON is quite rare as this federation only existed for five years (1867-1871) and was issued abroad. 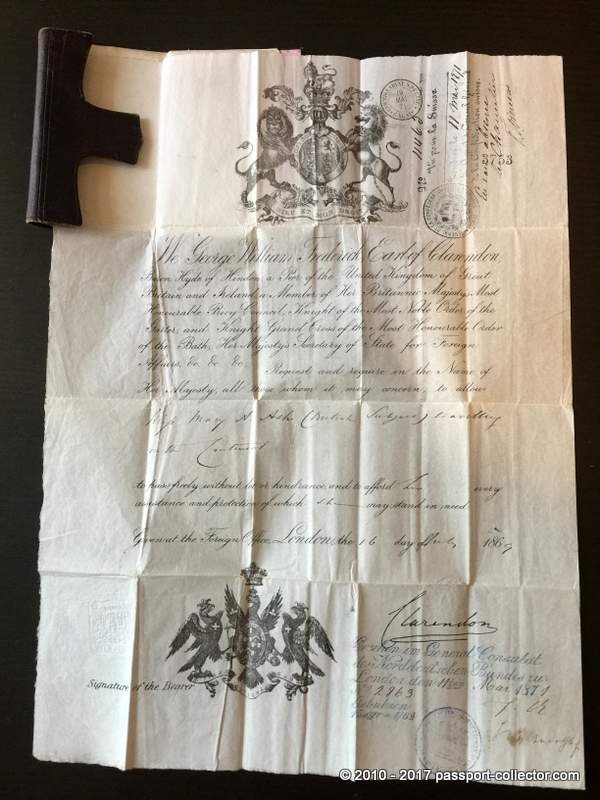 George William Frederick Villiers, 4th Earl of Clarendon KG GCB PC (12 January 1800 – 27 June 1870), was an English diplomat and statesman from the Villiers family. On 4 June 1839, Villiers married the widowed Lady Katherine Foster-Barham (a daughter of James Grimston, 1st Earl of Verulam) and they had eight children. 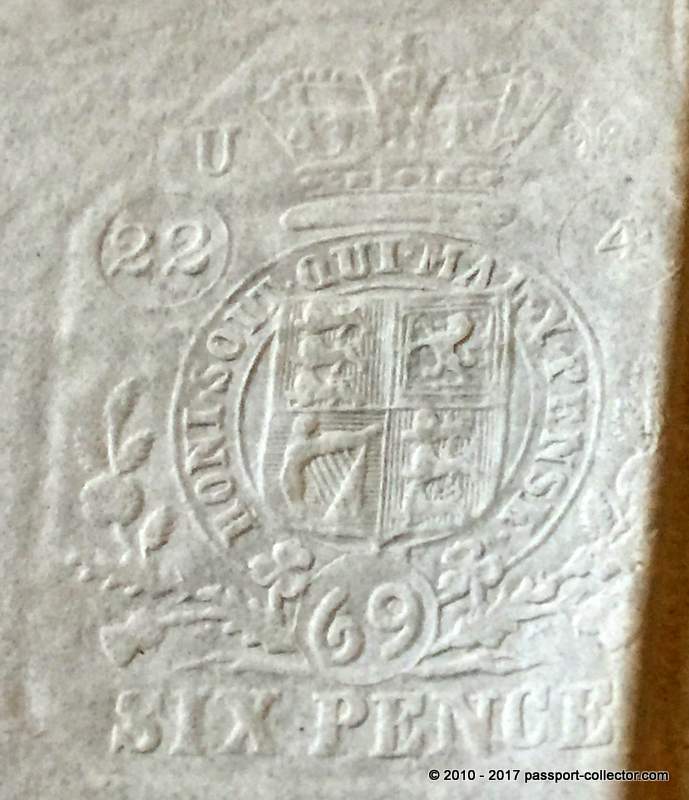 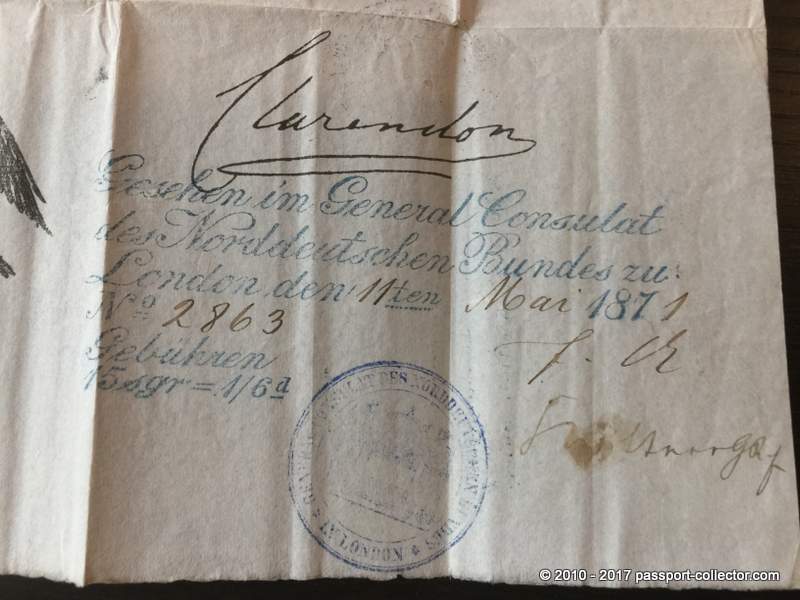 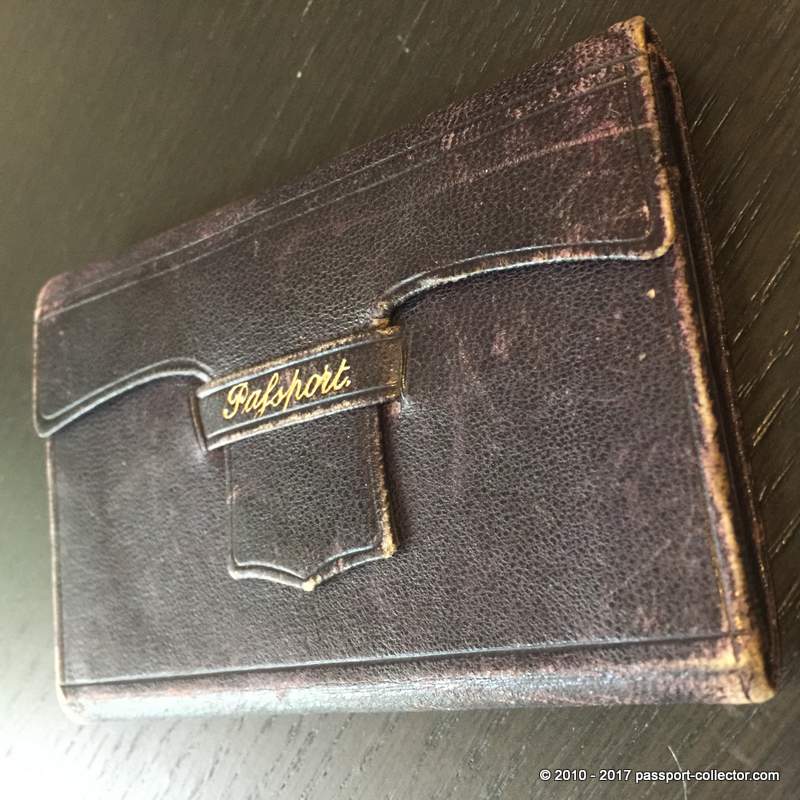 The North German Confederation (German: Norddeutscher Bund) was the German federal state which existed from July 1867 to December 1870. It was said to be led by Prussia. Some historians also use the name for the alliance of 22 German states formed on 18 August 1866 (Augustbündnis). In 1870–1871, the south German states of Baden, Hesse-Darmstadt, Württemberg, and Bavaria joined the country. On 1 January 1871, the country adopted a new constitution, which was written under the title of a new “German Confederation” but already gave it the name “German Empire” in the preamble and article 11.

The federal constitution established a constitutional monarchy with the Prussian king as the bearer of the Bundespräsidium, or head of state. Laws could only be enabled with the consent of the Reichstag (a parliament based on universal male suffrage) and the Federal Council (a representation of the states). During the four years of the North German Confederation, conservative-liberal cooperation undertook important steps to unify (Northern) Germany with regard to law and infrastructure. The political system (and the political parties) remained essentially the same in the years after 1870. The North German Confederation had nearly 30 million inhabitants, of whom eighty percent lived in Prussia.