I got two passports into my collection which, after some research, tell an exciting story of a German business owner and his sister, having a printing business in Kobe, Japan. The passports both issued to Emmi Willweber, sister of Herbert Willweber. Herbert was between arrested, tortured and sentenced by the Japanese authorities in Kobe and Sakai from 1943-1945. 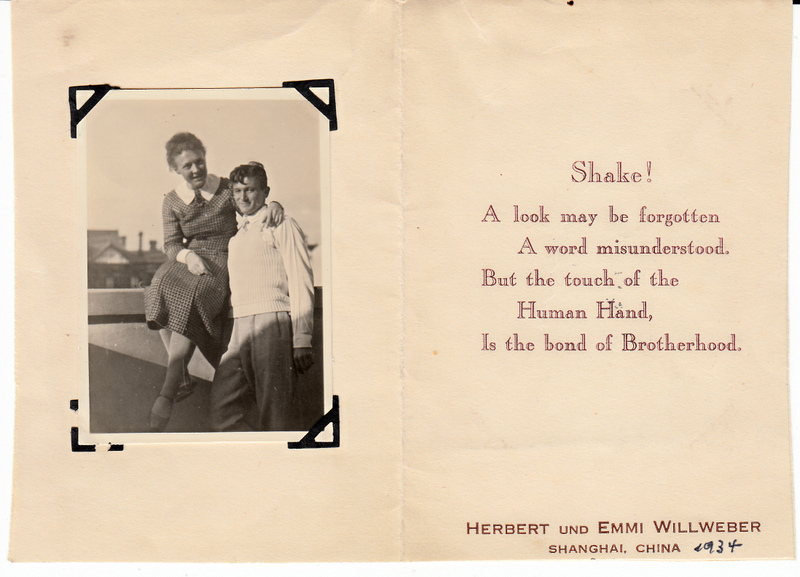 I believe his sister returned to Germany with the later of the passports. There are two other postwar German passports of Emmi from 1955 and 1974 which are not in my possession yet. The 1974 passport state her occupation as a librarian.

In several conversations in 1983 and 1986, Mr. Willweber shared the experiences described in the following letter in a similar, sometimes more detailed manner. W. had left Germany around 1933, according to his statements because of his prominent activity for the Social Democratic Party in Leipzig. After a stay in Shanghai, he went to Kobe, where he lived until his death around 1988 and ran a printing works. (During the war, among other things, writings of the German School Association were printed here).

Nigawa 9/3/1947
My dear Emmi, yesterday I got your Red Cross Postcard from Waka-chan, and I will try to get this letter off as soon as possible. I hope I can make you have it in record time through the proper office of a friend of mine. I expected from you mail for a long time because I have written to you already three times. And since I don’t know whether you received my letters, I think I have to tell you my story ones more. You know the endless arguments we had about the best way to be active in our fight against the Nazi gangsters. You were for a more subtle approach, and you went home into the lion’s den to do it. I was as you know for the straight and blunt form of battle, which suits my nature better, and finally, I landed in prison.

In autumn 1942, I was blacklisted on the blackboard of all German ships. The crew was strictly forbidden to visit my house and have any conversations with me. Despite it, some of the boys came and told me their stories about the situation at home. The Ortsgruppenleiter, as well as General Consul Balser,  offer me repeatedly a place in a concentration camp in Germany. I expected to kidnap at any time. But my name and behavior were otherwise spotless, and so they couldn’t do much about it. On the 4th of February, 1943, I married Enko (to the greatest horror of Balser), and after that, they softened the attacks against me somewhat. But then came the loss of Stalingrad and not only the Nazis, but also the Japs got nervous, and the Gestapo went into action. They rounded up my closest friends and me.

On the 15th September 1943, they arrested, by order of the Governor of Hyogo, me, Enko (in condition to give 2 months later birth to a child), Miss Rotraut Kissendorfer (Ulm), a German school teacher), Mr Conradi (a German engineer, who was slowly killed in prison), Mr Baronettz (an assistant of Conradi) and his Sister whom you know (she worked at my office). She was released from the police after two months because she became insane. The charge against us was espionage. German life in Kobe & Shanghai 1934 -1940

To go into details about what I went through would make you sleep bad for some nights so that I will leave that out. For three months, I was kept in a cellar, at the Kobe Water Police Station, below the sea level without light and practically no food. And every day I was “questioned” for 4-5 hours. After “questioning” I had to be carried into my cellar cell by two men. No bedding of any sort, on the bare floor I had to sleep till the end of December, when I was transferred to the Kobe district courthouse, awaiting a fake trial. Till March 1944, I never saw and spoke to anybody else than Jap police officials. At the day of the “trial” I saw and could talk to Vice consul Ernst Wohlfarth, (Gestapo). I was told that Enko was four weeks before childbirth released out of prison and ordered to remain under house arrest in Kyoto.

During all the following two years, the German consulate did nothing to help her. She was even refused the German food distribution. I was not allowed to see her or the little boy. At the trial, I was sentenced to 3½ years hard labor on account of “ lèse-majesté” (insulting of a monarch or other ruler; treason). Despite that, I never committed such foolishness, I had to admit that crime to come alive out of the hands of the police. Till 6th September 1945, I was kept in solitary confinement at the Osaka Sakai Prison. During the numerous air raids, we white prisoners were put in handcuffs. There the prisoner’s diet at the rate of 100 per month. I lost during these two years, 55 lbs. And came out with 110 lbs weight. You can imagine how I looked like, for a man of my size damn little.

It is still a wonder to me that I am still alive and didn’t contract any severe disease. It paid me well that I kept my body in good shape before that experience. Among the prisoners were quite several American P.O.W., and I was released together with them at the end of the war. Since then, I worked for the American armed forces and tried to repay them the saving of my life. I couldn’t have been able to stand another winter more in prison. …

Willweber was also interrogated by the Allied Occupied Forces at the Osaka Branch office on 14 Jan 1947 by Arthur T. Neville, Investigator, Legal Section, GHQ, SCAP where he also described his torture by the Japanese and his experience in prison.

Here, the full report with all details

What a fantastic document set and what a story! 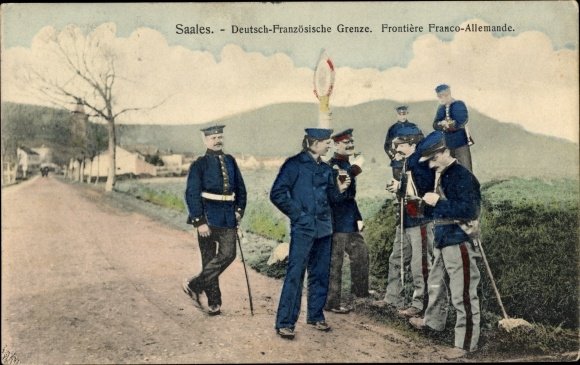 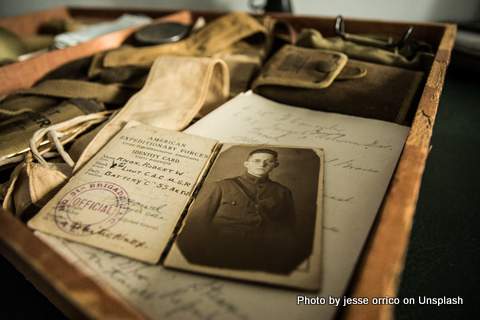 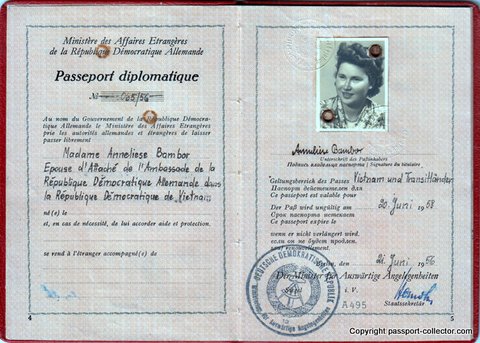