A handwritten Heligoland Passport issued at the Government House in 1881 is something outstanding for the passport history of the British Empire. In 1881 the population of the small German archipelago in the North Sea was only 2000 citizens. The islands were at one time Danish, then British and since 1890 German. But who was holding a passport back then? Surely only a fraction of the island population. And how many of these Heligoland passports survived the time? Not many as in 15+ years of collection and research I only saw three of these documents, including the one displayed here. I also know where the other two are located. One is with a Heligoland collector in Canada (issued 1873) and another with a passport collector in the USA (issued 1864).

JOHN CAMPBELL administering the Government of Heligoland request and require in the name of her Majesty all there whom it may concern to offer JOHN RALFS GÄTKE a British subject native of Heligoland going to Guernsey to pass freely without hindrance and to afford him every assistance and protection of which he may stand in need. Handwritten Heligoland Passport

I couldn’t find any more information about acting Governor John Campbell, but according to records, John Terence O’Brien became Governor of Heligoland from 26 October 1881 till 1888. Just a few days after the passport was issued. This might be an explanation why the passport does not have the signature of an (acting) governor. 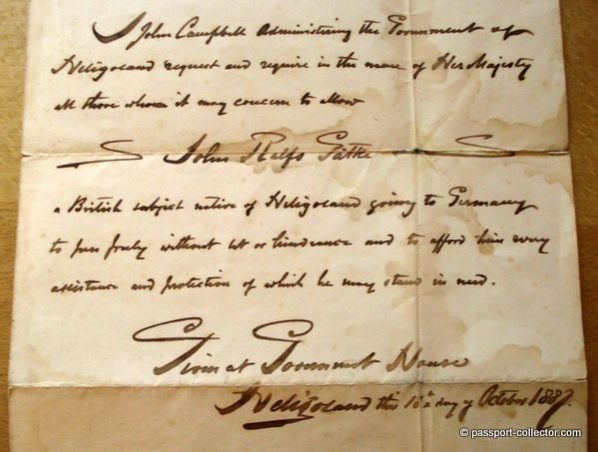 Thanks to the Heligoland specialist Serge Houde, who recognize the handwriting, I can add much more detailed information to this beautiful and rare travel document. According to Serge, the writing is of Heinrich Carl Ludwig Gätke. Gätke worked as a Town Clerk and became Government Secretary in the British Administration of Heligoland. His wife was the daughter of the British Colonel Hammond Ashley Tapp and the Helgolander Christine Payens. They had together ten children, and Gätke remain all his life on Heligoland. 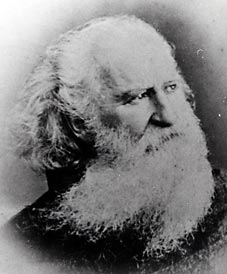 Gätke learned oil painting as an autodidact. Gätke’s paintings are influenced by German and English tradition, especially by John Constable and Carl Blechen. Numerous writers of his time, such as Theodor Fontane, Fanny Lewald, and Adolf Stahr, used Gätke in their works because of his extraordinary appearance and strong form.

After the climax of his artistic work, he turned to ornithology in 1843. This has a long tradition in Helgoland. Also, ornithology he learned as an autodidact. Heinrich Gätke, the painter from Brandenburg, is generally regarded as the founder of bird research on Helgoland. He attracted the attention of European ornithologists to this island and its unique significance for the study of bird migration. Handwritten Heligoland Passport

Gätke received several high-ranking national and international honors. He enjoyed an excellent reputation as an ornithologist until his death on 1 January 1897. His work, his scientific heritage, and his international reputation were the trigger for the foundation of the ornithological station Helgoland in 1910.

Oh, lucky day. I even could get now the birth certificate issued by the Nikolai Church in Heligoland 1872 for the very same John Ralfs Gätke in the above passport. What a fantastic set! Handwritten Heligoland Passport 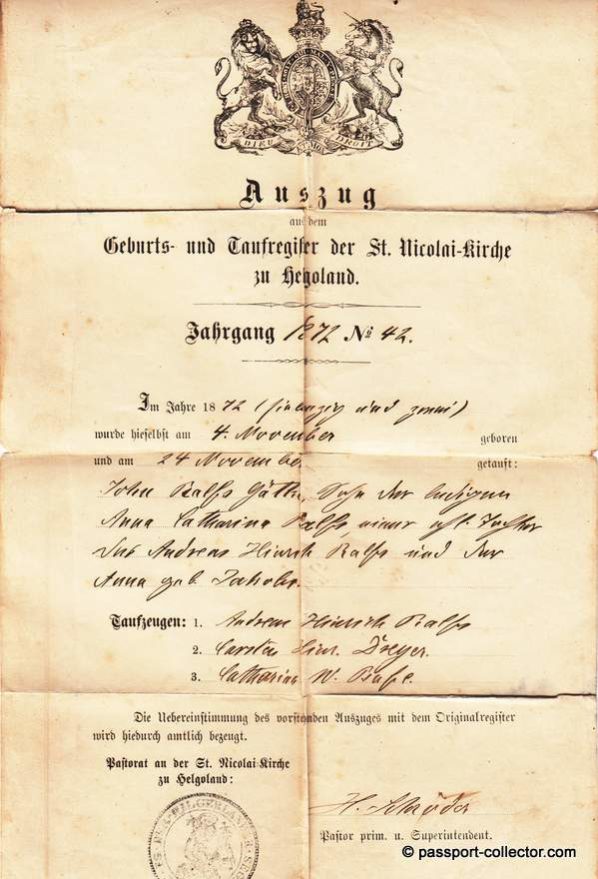 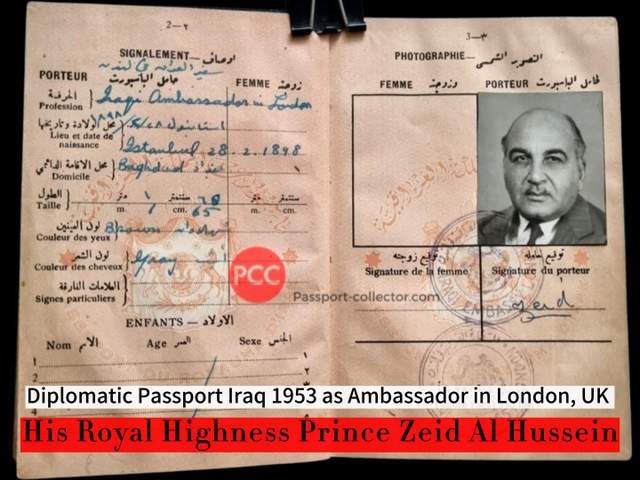