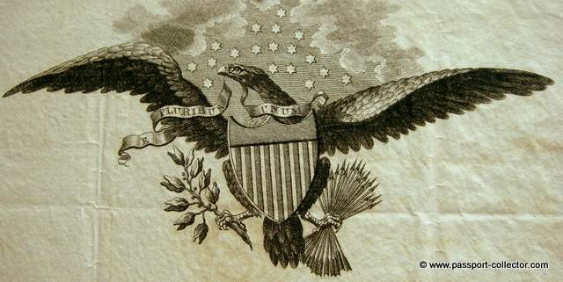 The United States Passport (Past, Present, Future) contains facts about the American passport. The Passport Office – Department of State issued the book in 1976. Even though the book was published 37 years ago, the data you will find are most valuable for passport collectors. Of course, such a department has access to all statistics and history, making this book a “Bible” on the American passport.

Two hundred twenty-seven pages, twelve chapters plus a glossary and index will give you everything about the United States Passport. A truly comprehensive work that also displays 111 pictures of documents. In chapter three, you will learn that the format of the passport book was never defined by U.S. law or regulation. However, chapter nine lists different types. The last one was the Bicentennial passport – in honor of the United States’ 200th anniversary and was introduced on January 1, 1976. This “special edition” was issued only in 1976 and was valid for five years. Looking at the Passport Office statistics, 2.8 Million passports for the Bicentennial were issued. You can define by yourself if this makes a rare passport.

Chapter twelve lists milestones in the history of the U.S. passport, giving a good overview of the numerous changes. A learning curve on geography, history, and administration is also to find on page forty-one, where the “Insular Possessions” are described. Do you remember that the Virgin Islands were purchased from Denmark in 1917? Did you heard about the “Trust Territory of the Pacific Islands”? They also issued official passports from 1959 for only a short period (see picture).

Signatures on passports: Even if they look like original signed Secretary of State signatures were printed from 1861! Only in exceptional cases is the signature original handwritten. These are only a few facts you can find in the book, but there is much more to discover.

Well, if you collect U.S. passports or not, this book is a sold source on U.S. passport history and a MUST for all U.S. passport collectors. I wish other countries did similar great publishing on their passports. The book can be purchased online at all known book websites. Second-hand copies are pretty inexpensive. 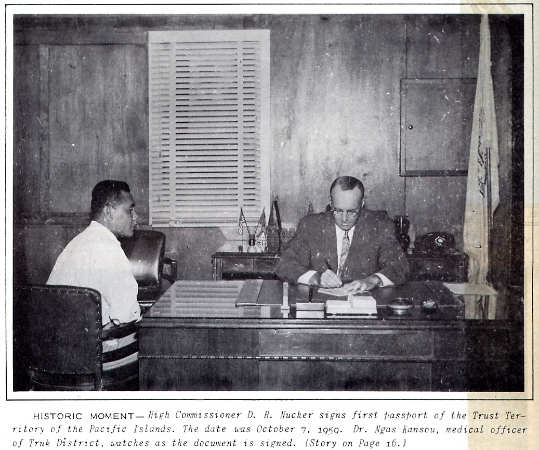